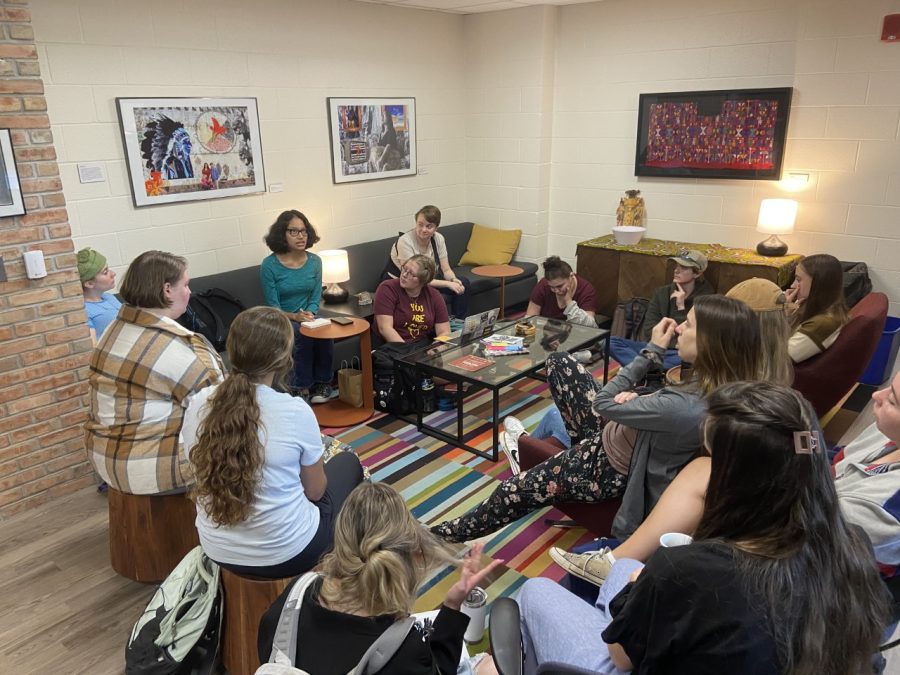 Between grief and hope: Social work at Calvin is a program in recovery

After most of the program’s full-time faculty exited Calvin last semester in the wake of a university-wide controversy, Hoeksema was the university’s sole remaining social work professor and the program’s default director. The program was hurt, but not destroyed; now, having hired two temporary faculty members, the social work program is learning to adapt.

Since the start of last spring’s semester, three of the social work program’s four professors have exited Calvin, according to Hoeksema.

One professor — in a case that garnered much public attention — was denied reappointment after officiating a same-sex marriage.

“I taught at Calvin for 13 years, and I graduated from Calvin,” Venema said. “Calvin changed my life when I was a student. I’ll forever be grateful for that.”

Venema officially exited in May 2022, and her decision to leave was not made lightly. “I would not have left if I did not feel strongly that it was the right thing to do,” she said.  Several factors at Calvin — including budget cuts and the ongoing four-two credit hour transition — had left Venema feeling “exhausted and frustrated.” But the decisive factors for her were Calvin’s treatment of an LGBTQ+ staff member at the university’s former Center for Social Research, which split from Calvin last spring over the issue; and Calvin’s refusal to reappoint professor Joe Kuilema, which became public shortly after that split.

“If what happened related to Joe [Kuilema]’s reappointment and the CSR’s departure had not happened, I would still be at Calvin,” Venema said.

Last semester, as the situation unfolded, she felt powerless. “I don’t think I was heard at all, and I didn’t sense any intention to consider a different way,” Venema said. With the notable exception of her dean, no authority figures seemed open to conversation, she said. “So that gave me the sense that my voice — and potentially the voice of the majority of the faculty — didn’t matter much.”

Calvin’s handling of the situation, according to Venema, was anything but an isolated incident.

“What was going on was not just about Joe [Kuilema] and Nicole [the former CSR employee] — although it was affecting them most directly and publicly,” she said. “It was about LGBTQ+ issues. It was about academic freedom. It was about the role of a church versus the role of a college. It was communicating something to us [faculty members] about how we can live into our beliefs and values — or not.”

Ultimately, although she understood and respected those who chose to stay, Venema felt compelled to leave Calvin — for herself, but also for the social work program, students and alumni. “I hope [my departure] is communicating my value of the dignity and worth of all people,” she said. “I’m trying to follow in the ways of Jesus and live into the social work values that we talk about [in social work classes].”

Now, Venema serves as the director of surveys and research at Hope College’s Frost Center for Data and Research. “I think God really did open up a door for me,” she said about the new position. “It really felt like grace.”

Although she no longer works at Calvin, she remains hopeful for future change. “I’m optimistic because there is a conversation happening. Calvin needs to wrestle with what inclusion means,” Venema said, noting her desire to see Calvin hire faculty and staff regardless of sexual orientation or gender identity.

And, of course, Venema has nothing but well wishes for her former program.

“It’s been a really painful season” for the social work program, said Hoeksema. As the sole remaining social work professor, Hoeksema assumed the role of program director, and her workload increased significantly.  “But I think the more difficult thing is losing beloved colleagues, who I worked with for so many years,” Hoeksema said.

For Hoeksema, it’s important to be open about the sense of grief and loss she feels — a sentiment which is shared by students in the social work program.

“Figuring out how to help students navigate the changes has been a task that I’ve taken seriously,” Hoeksema said. “We’ve got anger, deep sadness, confusion and questioning if all students are still welcome here.”

For Stephanie Tebben, another senior in the program, “it’s been a whirlwind of emotions.” Tebben expected Kuilema to be let go, but she was surprised by the departure of the other two professors.

Venema was her advisor. “That was a really hard hit,” Tebben said. “And Kuilema is the reason I’m a social worker, so that really sucked.”

“[The students who departed] lost their advisors and mentors,” Tebben said. Their reasons for leaving extended beyond the department, too. “The CRC decision caused a lot of hurt.”

“Each person matters,” Hoeksema said of the students who left Calvin, “and we miss them.”

According to Tebben, the program is looking forward with hope. “I don’t think we’re trying to live in anger,” she said. “Most of us are still really excited. We’re just trying to take it one day at a time.”

As Hoeksema described it, the social work program is “standing in the tension between grief and hope.”

“We believe that God can do a new thing in our program and that he’s holding things together, even when it doesn’t feel like it,” Hoeksema said.

After the three professors’ exits solidified around May and June 2022, the social work program hired two new faculty members for one-year positions. This fall, the department will post tenure-track positions.

These two new professors are “great,” said Tebben. “They’ve been fantastic in supporting us.”

And while Vos misses the “mentorship and steadiness” offered by the departed professors, she is “grateful to get to know and learn from incredibly capable, new professors.”

According to Hoeksema, students in the social work program have gone above and beyond throughout the turnover in the department. “I’m grateful for the role our students have played,” she said. “They’re very engaged, and they want to be a part of the solution.”

Hoeksema is excited about future social work initiatives, too.

Right now, she is working with university President Wiebe Boer and her fellow social work professors on hosting a space for social work students to “process with the president.”

“We thought it might be good for the new president to hear what our students experienced,” Hoeksema said. “So I emailed him, and he responded in nine minutes!”

All in all, there’s one thing Hoeksema wants to make abundantly clear: social work at Calvin is here to stay.