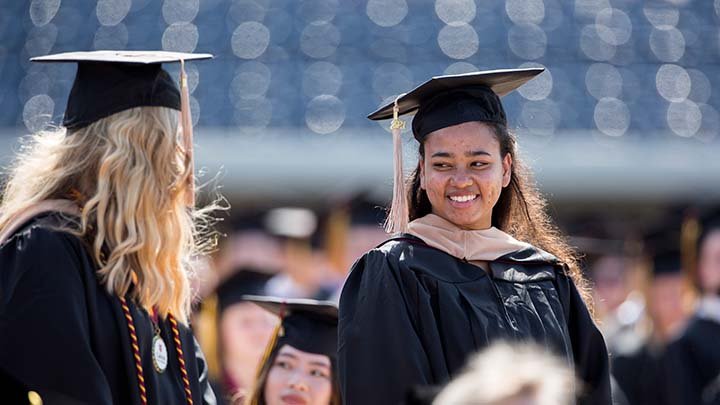 Many Calvin students graduate with and plan their future according to student debt. Biden’s relief plan could change that for many.

Being an undergraduate college student with loan payments looming in the future, it can be hard to reckon with the tough financial reality they promise.

“It’s sometimes easy to forget that it’s real,” said Grace Van Farowe, a senior statistics major who has taken out student loans. “[And then] it’ll come and haunt you late at night and you’re like, ‘all these loans, how can I be doing this?'”

Luckily for Van Farowe — and around 43 million other borrowers nationwide, according to the White House — U.S. President Joe Biden has announced a student debt relief plan to cancel up to $10,000 in debt for non-Pell Grant recipients and up to $20,000 for recipients. If the plan is successful, Calvin students and alumni could see considerable government-funded debt relief.

For Van Farowe, the possibility of her loans being forgiven provides more options for the future.

“It just makes me feel freer to maybe pursue something that I wouldn’t have thought was a good idea financially but that I really want to do,” she said. She is now able to consider more expensive graduate programs and doing a fifth semester at Calvin instead of finishing her credits at community college, as she had previously planned.

Coming from a single-income family with four younger siblings with various educational expenses — and facing inflation costs, to boot — Van Farowe didn’t want to be a burden on her family’s finances. She said last year she was able to be essentially financially independent, but she views Biden’s loan forgiveness plan as another way to help out her family.

Karis Wentz, an alumna who graduated in 2021 with a degree in mechanical engineering, never thought she’d take out a loan for school. She said that was partly due to how taking on debt is sometimes looked down on in Christian communities. “Maybe it’s a Dave Ramsey thing,” she said.

Wentz did end up taking out a small loan by the end of her undergraduate career. The promise of that debt being canceled may alter her future financial plans, Wentz said. Money that would have gone to loan payments can now go into savings to buy a house, a move which will ultimately save her money on rent.

Wentz and Van Farowe are far from alone in taking out loans. According to the Calvin Financial Aid office, 55.7% of first time undergraduates who graduated between July 1, 2020 and June 30, 2021 were student loan recipients. The average cumulative loan of this group was $29,596.

“We would love our students and families to borrow as little as possible,” said staff member James Koeman on behalf of the FAO. “Unfortunately, that’s simply not realistic.” However, according to FAFSA data, Calvin’s loan default rate has decreased steadily between 2.4% in 2016 to 0.4% in 2019. “We’re very proud of this default rate and expect to see this continue in the future,” said Koeman.

While many current and former Calvin students stand to benefit from President Biden’s plan, the future of student debt relief and how it may affect higher education remains unclear. Only loans taken out before July 1, 2022 are eligible for forgiveness under the plan and many aspects of the plan’s economic and social impact are being debated by congress and across the country.

But at least for some borrowers, that late-night loan-inspired haunting could disappear in the near future. “[Debt relief] will help me leave the burden of Calvin behind me so I can move on to other things,” Van Farowe said.

An application for relief will be available in early October, according to the FAFSA website. Some borrowers will be eligible automatically because relevant income data is already available to the U.S. Department of Education.