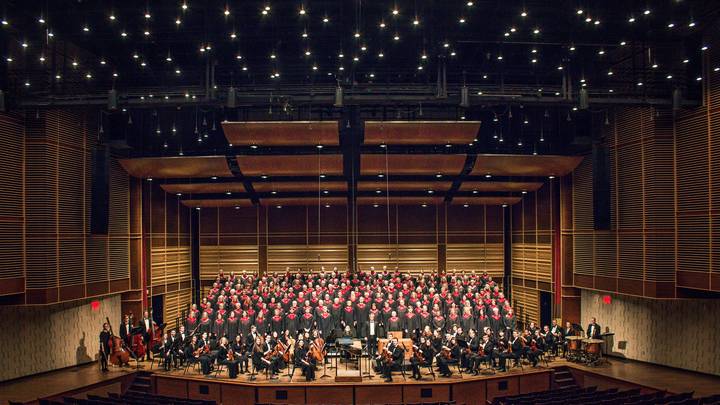 Advent: lament and repentance in the holiday season

The holiday season is filled with songs, celebration and significant others. What often is done but not too heartily talked about, however, is Advent. According to professor and Director of the Calvin Institute of Christian Worship John Witvliet, Advent is how churches prepare to celebrate Christmas through days of fasting and repentance. This year it started on Nov. 28.

Dating back to the sixth century, most known churches in the east and west allocated a time period to focus on both Jesus’ first and second comings, according to Witvliet. This period especially emphasized the virtue of hope.

“The focus here is on ‘eschatological hope,’” Witvliet said in an email to Chimes. “This is not just hoping for near-term success. It is our hoping for the renewal of all things through Jesus — the end of violence and war and trauma. Advent hope is cosmic in scope.”

Advent is about the spaces in between, the times of uncertainty and anticipation, and learning to find hope in that.”

According to Calvin Worship Pastor Paul Ryan, “Advent is characterized by waiting and watching, lament and repentance. We long for Christ to bring peace and justice to the world. A key theme over the four weeks is increasing light scattering the darkness.”

Students Kipp De Man and Graham Kort both grew up with families and churches that observed Advent. De Man and Kort told Chimes the emphasis of these observances was on waiting and expecting Christ.

“Advent is about the spaces in between, the times of uncertainty and anticipation, and learning to find hope in that. In my mind, hope is not a feeling or mood; it’s a discipline we practice and Advent is a reminder of that,” De Man said.

Christmas focuses on the nativity stories of Jesus’ birth, whereas Advent focuses on preparation for both Jesus’ first and second coming.”

To Kort, Advent has been overshadowed by Christmas. “I think that our culture tends to place an over-emphasis on Christmas and its extravagance, so I think of Advent as a time of centering before the celebration of Christ’s birth,” Kort said.

Samantha Caasi Tica, a junior at Calvin, grew up in the Philippines, and while they celebrated Advent, they did not have a word for it.

“In the Philippines, a big tradition is ‘Simbang Gabi,’ when mostly Filipino Catholics would have a nine-day series of masses leading up to Christmas. In my church, we would just have a service the night before Christmas, but we would call it the same thing,” Tica said.

“Christmas focuses on the nativity stories of Jesus’ birth, whereas Advent focuses on preparation for both Jesus’ first and second coming,” Witvliet said.

The pressure to only celebrate Christmas is real, according to Ryan. “Many CRC churches face the cultural pressures of wanting to celebrate Christmas immediately following the Thanksgiving holiday and many are reluctant to bring in the less ‘cheery’ themes of lament and repentance that characterize Advent,” Ryan said. “I think our practice at Calvin experiences this tension as well.”

Traditional Advent practices vary widely, according to Witvliet. Popular ones “include a wreath of candles that are progressively lit over the four weeks, daily prayers focused on different names of Jesus … Advent calendars that guide devotional prayers, and really remarkable hymn and song texts about Jesus’ coming,” Witvliet said.

In the earliest decades of Calvin’s history, the formal season of Advent was not emphasized as much, given historic Reformed reluctance to embrace the full Christian year.”

An Advent wreath with four candles is common in both homes and churches, and the tradition is to light one candle per week, according to Ryan. The light symbolizes the light of Christ growing as Christians anticipate his coming, Ryan said.

“Advent hymns and songs are sung and scriptures are read that speak about light, waiting, watching and the peace and justice that Christ brings and will bring,” Ryan said.

There is not a unique Christian Reformed Advent practice, according to Witvliet. However, early in Calvin’s history there was hesitation to celebrate it.

“In the earliest decades of Calvin’s history, the formal season of Advent was not emphasized as much, given historic Reformed reluctance to embrace the full Christian year. Over the past 30 years or more, the term Advent has become widespread and those Christmas-oriented concerts and services embrace both Advent expectation and the Christmas story,” said Witvliet.

Observing Advent, I think requires quietness and calm, which has been difficult for me as a college student, but I’m working towards it!”

Calvin’s Advent-related celebrations include the orchestra’s concert Handel’s Messiah and sermons by Pastor Mary Hulst. De Man described how he takes his own time to reflect on Advent: “On a daily basis I find myself disappointed in or lamenting something, whether it be a broader political reality or something in my social sphere. Advent reminds me that I am not alone in this, that throughout history and even among the faithful there are periods of waiting, of learning to hope and anticipate a coming redemption.”

Kort has participated in and attended some of Calvin’s Advent events. “I’m doing what I have done in the past — working through the Messiah and also attending Calvin’s performance of it. I’m also going to church every week and partaking in their observations of Advent. Chapel has had a few Advent-themed chapels, so I’ve been to those as well,” Kort said.

For students interested in observing Advent this year, Ryan said he recommends “taking up at least one counter-cultural practice during Advent. Consider a fast from Christmas music for a period of time. For your daily devotions, make use of the readings in the daily lectionary. Learn about some area of injustice in our community or world and pray “Come, Lord Jesus, come quickly.”