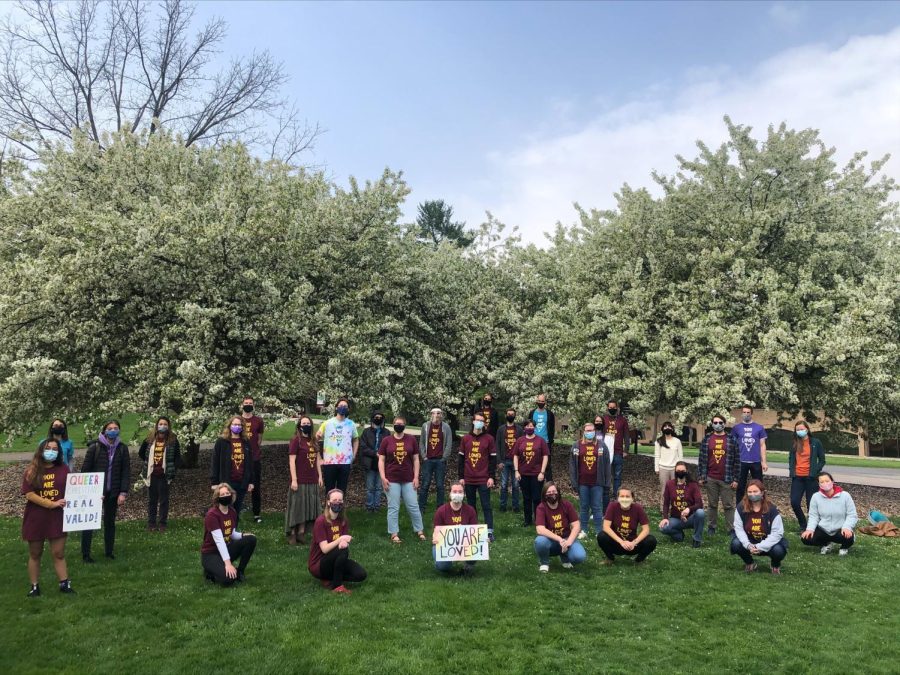 Sex education in grade school is awkward, eye-opening and varies in quality across the United States. In a study conducted by the National Survey of Family Growth (CDC), 96 percent of female teenagers and 97 percent of male teenagers reported that they received formal sex education before the age of 18. Still, the variety of influences and levels of education covering sex adds variables those statistics do not take into account.

According to Kelsey Colburn, director of the sexuality series at Calvin, American students largely do not get holistic sex education. Holistic sex education is different than what is normally given because “[Kelsey and her coworkers] want to reframe it as something that is physical, emotional, spiritual, but [with] a lot less sexist and misogynist implications.”

Historically, sex education has been taught with an emphasis on the male’s biological drive for sex, implying that it was harder for men to refrain from sexual desires, according to Colburn. This perspective tends to reduce women’s sexuality, and suggests that men struggle with uncontrollable sexual urges and that women have a responsibility to help keep themselves pure, Colburn added.

“It was particularly hard on women because it was a woman’s job to keep both the men and women pure,” stated Colburn.

This ideology of purity culture, as Colburn put it, was pervasive in the Church in the late 1980s and 1990s, teaching that humans should remain pure until marriage, and that purity means not engaging in sexual activity. “What does that mean about sexual assault on their purity? [If that happens], what does that mean about their relationship with God?” asked Colburn.

Junior Stephanie Oosterhouse was raised within this culture. “My perspective of sex definitely intersected with purity culture because growing up I was taught that sex outside of marriage was the worst sin someone could commit,” Oosterhouse told Chimes.

Jose Muñoz, a senior at Calvin, was raised in Honduras and also impacted by purity culture. While the church affected his initial view on premarital sex, it wasn’t a large influence. “At a point of my life, I felt guilt, as religion will point at those people who have premarital sex but as I was growing older and making my own decisions this guilt left my body. When I transitioned to a public community college sex was normal, and it did not have anything to do with religion,” Muñoz said.

“While for most other sins, the church preached about forgiveness and second chances, there is still a pervasive idea that once you lose your virginity, it’s kind of over for you,” Oosterhouse said. “It’s a sin that you can’t come back from.”

Alex, who grew up in the Catholic church and identifies as an asexual woman, also experienced the effects of purity culture. Her first exposure to sex education was through her Catholic middle school, with teachings on heterosexual sex. Alex’s name has been changed to protect her privacy.

“I think purity culture has a lot of problems, especially when it comes to basing one’s worth on their sexual inexperience, and I wish it focused more on giving people the tools they needed to understand sex and encouraged Christians to have safe, consensual sex,” Alex said in an email to Chimes.

Alyssa Tiscareno, a junior at Calvin, experienced both public and Christian schooling growing up. “I don’t believe that I was affected by purity culture much. But I also think that is mostly because I was taught sex education at a public school. They taught that sex was more about trust and act of love, rather than an act only between spouses,” Tiscareno said in an email to Chimes.

In addition to perspectives offered in school, students told Chimes they were shaped by family members’ beliefs, as well as by a lack thereof.

“My family never told me anything about sex. My parents never had a sex talk with me so I would have to figure it out with friends or older family members,” Muñoz said. A family member who is a physician helped Muñoz understand what sex is. Two of the main lessons Muñoz learned were about respect for the partner and the “weird or rare things sex could be like,” Muñoz stated.

A large part of sex education is contraceptive use, which both Oosterhouse and Alex relied on the internet and family advice to learn more about.

“I was fortunate enough to have a family that was okay with contraceptives, so when I needed birth control for other medical reasons, there was no judgement or hesitancy from my family,” Oosterhouse said.

“My middle school only taught me the basics of condoms and birth control pills. I learned about other forms of birth control in high school such as shots and IUDs, but I also talked to my female family members. They’d been on varieties of birth control and explained their personal experiences which helped understand not only how they worked, but how common they were,” Alex said.

Tiscareno did not have a large family influence. “My immediate family and I never discussed sex or contraceptives. It was always just assumed I would figure it out one day,” Tiscareno stated.

Muñoz did not learn about contraceptives until he was 17. His only knowledge then was about condom use and the Plan B One-Step emergency contraceptive. Now, through older cousins, the TV and friends, he is aware of other contraceptive methods.

Colburn has experienced that people are nervous to teach about contraception because they believe students are more likely to have sex if they are well informed. However, she has found that when they actually teach about sex holistically, including contraception, students will make more informed decisions on sex and it leads to less hookup culture and less casual sex.

At Calvin, Colburn noted, students tend to hold diverse thoughts on sex. She carefully considered how to actively come at the diverse thought. “Instead of diversity of thought leading to polarization, we want it to be grace-filled conversation,” Colburn stated.

“I think it’s interesting how little Calvin talks about sex and contraceptives. I don’t think I’ve ever actually heard an official Calvin standpoint on the matter,” Oosterhouse said. “I think it could be good for Calvin to be a little more open about it and at least promote safe sex.”

To Muñoz, attending Calvin felt a bit like returning to high school. “I felt [I was] in an environment sometimes hostile to sex and without the liberty to speak it, but with time I realized that it varies depending on friend groups,” Muñoz said.

Colburn encouraged thoughtful conversations about sex. She gave some tips on how best to have a meaningful discussion with someone about the topic.

“I think it’s agreeing before the conversation to keep an open mind about differences,” Colburn stated. She added that it takes a lot of trust for those conversations, and she encouraged people to stay curious and not to get defensive.