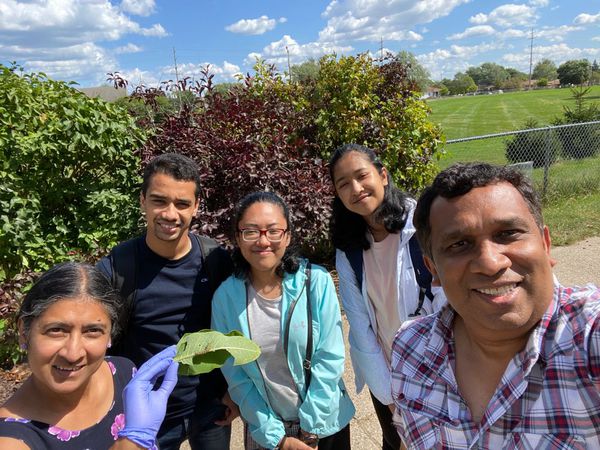 Due to major delays in visa processing in their home countries, more than 20 international students were unable to start classes with their peers at Calvin this fall.

The admissions office is currently working with 22 international students who planned to attend in person this fall but are now hoping to start their Calvin experiences in spring 2022. “It is hard to state how many people this impacted directly … I am sure many other international students were turned away from completing their application process due to the many visa appointment delays,” Associate Director of International Admissions Tara Braun told Chimes. “I am hopeful that this can be resolved as more and more countries are now receiving the vaccine.”

The students who are currently unable to acquire a visa are in Ghana, Nigeria, Ethiopia, Brazil, Kenya and Kyrgyzstan. According to Immigration Coordinator Brent Wilkinson, “Almost all of them intend to come to Calvin this spring.”

Last year, 65 first-year international students were unable to join their peers on campus due to consulate closures and other COVID-related delays and problems. Of the 370 international students admitted to the class of 2024, only 175 accepted places in the class — about 37% enrolled, with most having to join an International Online Cohort. Some were eventually able to come to campus for the spring semester.

According to Wilkinson, 104 international students came to campus for the first time this year or returned after being away for a semester or year. Many of those students were part of last year’s international online cohort — a program which is no longer being offered.

Sophomore Nisya Tiffany is one of those students. “Getting a visa appointment itself was a trickier process because of how packed the interview schedules were,” Tiffany said of her experience. “Even though I was booking my appointment in May, spots would be filled until July or August … There were some incidents with the U.S. embassy that did aggravate the experience, but I’m just happy they finally decided to give me a visa.” Tiffany said her experience was “uneventful” compared to others’: “a lot of the Ghanaian students are still waiting for visa appointments since their queue goes all the way to next year.”

Freshman elementary education major Rachit Kharel described his journey to Calvin as “Jonah”-esque. Initially planning to attend a university in India or his home country of Nepal, he is now one of the international first-year students who made it to Calvin this year, thanks to help from his parents, chemistry professor Kumar Sinniah, who convinced Kharel that Calvin could be a realistic option, and Calvin’s admissions office. He attributes his success during the visa process to God: “God had a great deal to do with it … [getting a] visa was almost impossible.”

According to Kharel, the most difficult part of the process was trying to get that date for a visa interview. “I was checking [for a date] all the time,” Kharel told Chimes. “The website was like my screensaver.”

Kharel had resigned himself to delaying his start at Calvin until the spring. Then he scored a last-minute visa interview slot, successfully scheduling the interview, which took place nine hours from Kharel’s home, with just two days left to plan travel.

Despite staying up until 1 a.m. the night before the interview to prepare, Kharel said he “was prepared to get rejected.” Once in the interview, however, Kharel said God gave him free-flowing answers. His visa application was accepted on the spot.

Calvin’s admissions office was an essential aid to Kharel. “If it wasn’t for them, I would have been so lost,” he said. “I would rate them 10/10.”

“Some [international students] were unable to come because the U.S. embassy or consulate in their country was closed or did not offer enough appointments,” Wilkinson told Chimes. “Others experienced other complications related to the pandemic, such as exposure to the virus preventing them from attending a visa appointment.” Kharel told Chimes he got to know several other prospective international students during his preparations for coming to Calvin. They were all impacted by scheduling difficulties in the visa acquisition process, and at least one was not able to join Kharel this fall.

For those who did make it to campus this semester, being in person was a relief. “I did feel like I missed out on a bit,” Tiffany said. “But I’m glad I was able to join the rest of my cohort and it’s so great to finally see everyone in person. It was somewhat emotional being able to see everyone in living human form instead of through a screen.”