Faith, science and self-determination: the long history of vaccine hesitancy 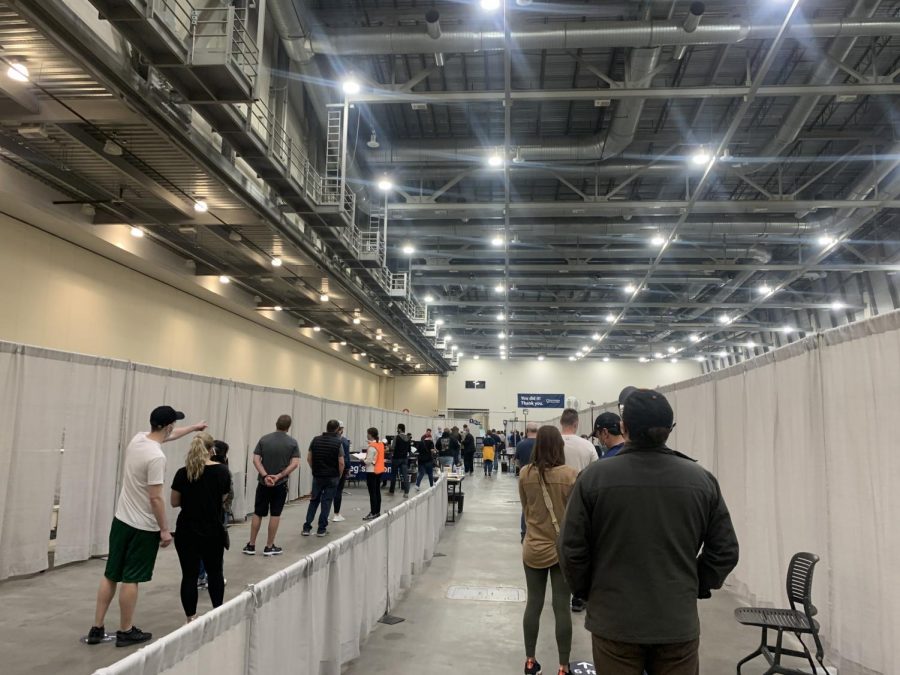 As vaccine mandates spread across the nation, the demand for vaccine exemptions is on the rise. Fifteen states allow philosophical vaccine exemption, 42 states permit religious exemptions to the vaccine and all 50 states authorize medical exemption.

Director of Calvin’s public health program and Associate Professor Kristen Alford, a vaccine advocate, told Chimes that vaccine exemption history dates back to the nineteenth century when the first vaccine mandates occurred. Since then, there have been several popular phases of vaccine exemption periods, typically due to conscientious objections, medical concerns and religious beliefs.

However, no Christian denomination explicitly objects to the use of vaccines. Instead, matters such as fetus stem cell research, trusting God and opposition to  putting foreign materials in bodies undergird religious vaccine exemptions.

One of the largest and most recent catalysts to vaccine objections was the 1998 Andrew Wakefield study and book release, “Callous Disregard: Autism and Vaccines – The Truth Behind a Tragedy.” Falsely connecting autism and the MMR (measles, mumps and rubella) vaccine, Wakefield caused a wave of distrust towards vaccines. “It probably was one of the pieces as to why people lost their faith in science,” said Alford.

Wakefield lost his medical license and was officially disproved in 2010 after his study was found to be based on incorrect data.

Walls and Alford separated the often blurred lines between religious and philosophical vaccine exemptions. Considering religious exemptions, Walls compared Roman Catholics to Dutch Reformed Christians. While Roman Catholics historically were against vaccines due to the use of aborted fetus cell lines in mRNA vaccine production, Dutch Reformed Christians historically opposed vaccines due to a fear of adverse health outcomes.

Both have recently altered their views in agreement that the need to protect one another through vaccines outweighs their concerns for the aborted fetus cell use and low probability of adverse health concerns, according to Walls.

Each state has an independent exemption process. “Policymakers typically don’t know the specifics of different religions’ vaccine stance, so people can write just about any reason for religious exemption and be approved,”  Walls said.

Alford told Chimes that philosophical exemptions, however, are based on philosophical decisions about one’s liberty and personal autonomy over their body.

Calvin permits religious vaccine exemptions for all vaccines for on-campus students. Calvin only mandated the COVID-19 vaccine for off-campus programs; exemptions are not permitted because the programs are discretionary.

When asked about their thoughts on the recent increase in religious exemptions to the COVID-19 vaccine around the country, Alford and Walls responded straightforwardly.

“I’m also a social worker, and I believe that people should have self-determination. However, it does trouble me that people are asking for exemptions under religious exemption when most are philosophical exemptions,” Alford said.

“With how political the pandemic has become in the US, I wouldn’t be surprised if many people filing for religious exemption have done so based more on their political values, and less on their Christian values,” Walls said, “I think it’s fair for there to be a religious exemption but I want people to use the exemption fairly and thoughtfully.”

Alford added that typically people who are resistant to the vaccine are also resistant to other public health measures to stop the spread of COVID-19. “It’s hard for this political climate to separate religious identity and political identity,” Alford said. “COVID-19 has been steeped in politics, unfortunately.”

According to Alford, if vaccine thresholds are not reached in communities, vaccine efforts are much less successful and outbreaks and variants can continue to spread.

“Something that I’ve been really trying to work on is not judging people for being vaccinated or not!” Walls said, “God gave us the ability to discern, and I think it’s vital to consider the risk of being vaccinated and how it compares to [being] unvaccinated.”