Summer research on campus: from zebrafish to restorative justice 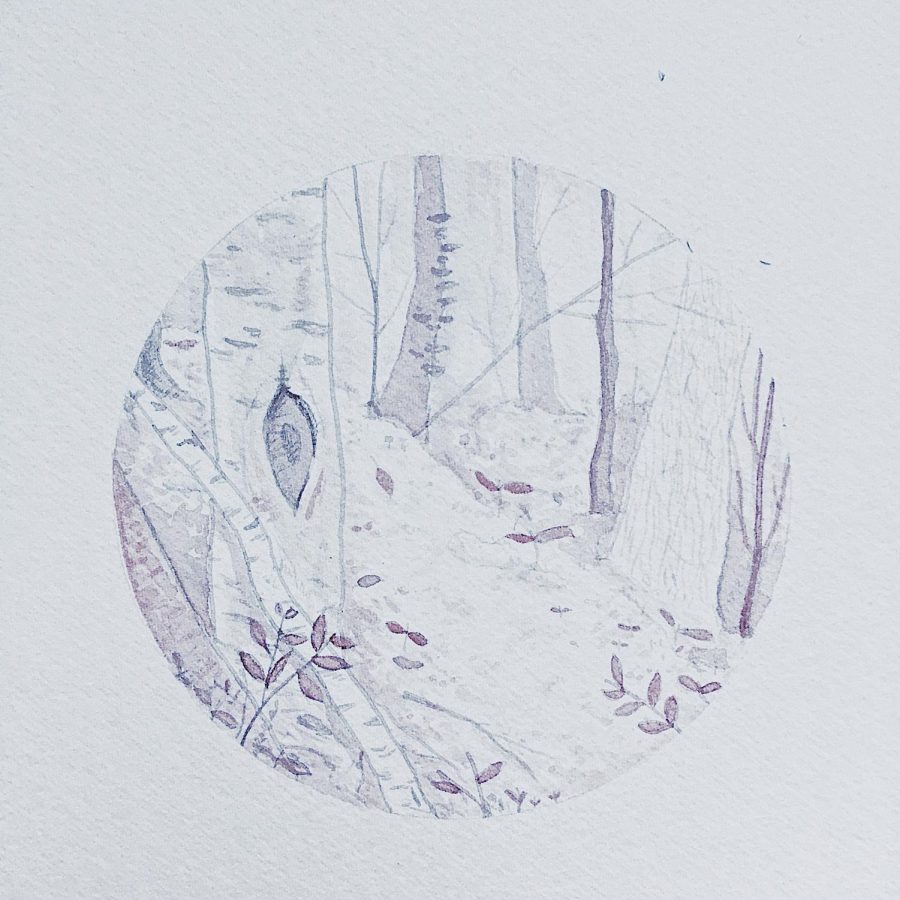 It’s the middle of July. The sun is warm, the days are long and the draw of a beach trip is practically irresistible.

But at Calvin, business carries on as usual. Each day, campus swarms with dozens of students and faculty members. They spend their days working on a vast array of research projects, predominantly in STEM fields.

This commitment to research is not necessarily the norm. “Many other schools like Calvin are ghost towns in the summer,” said geography professor Mark Bjelland. “But Calvin has a very vigorous summer research program. It’s amazing. It gives students a chance to see what actual research is like.”

Amy Wilstermann, professor of biology, is spending her summer researching rare diseases with a team of nine students. “These are illnesses that are under-researched and under-resourced,” she said. “We’re excited to be able to contribute in that area where we see a need.”

Their project focuses on a set of diseases attributed to mutations in the BCS1L protein. “We’re trying to understand why mutations in the same protein lead to really different patient outcomes,” Wilstermann explained. The ultimate goal is to introduce these mutations in zebrafish and then evaluate the results.

The process is a long one, spanning several years, and it was further slowed by the pandemic. “Because of COVID, we had to shut down our zebrafish lab for a year,” said Wilstermann. So, this summer, “we just had to start from scratch.” Researchers will devote much of the summer to setting up the zebrafish lab once again. They will also test their gene editing system by attempting to eliminate a pigment gene in the zebrafish, thus creating albinos.

Conducting research like this is a unique opportunity for students, Wilstermann said. “Research is very different from the kinds of experiments you do in classes,” she said. “You’re asking questions at the edge of science. Students don’t know the answers — professors don’t know the answers!” This novel status makes their work all the more important; students have the opportunity to contribute to their discipline and tangibly impact lives.

Often, university research is limited to STEM fields. “I came here from a different university that had summer research in the sciences but nothing in the social sciences,”  Bjelland said.

Calvin, however, is different. The McGregor Undergraduate Research Program, also known as the McGregor Fellowship, offers students the opportunity to spend June and July conducting paid research in the humanities, arts and social sciences alongside faculty mentors. This year, there are 14 McGregor Fellows, and the program truly is marked by fellowship. Bjelland, this year’s program director, works to create community by organizing weekly McGregor colloquia and biweekly social events.

“I just really believe in the program,” Bjelland said. “Calvin does a really good job of giving students opportunities across different disciplines.”

McGregor Fellows Ashlyn Franklin, Nathanael Kastner and AJ Thede are working on a restorative justice project with faculty mentors Kevin den Dulk of the political science department and Jason VanHorn, professor of geography. “We’re basically mapping out services across the state of Michigan for formerly incarcerated persons, who we refer to as returning citizens,” said Franklin. The interactive map, partially funded by the Michigan Department of Corrections, allows users to find nearby services like health care, counseling, housing, food assistance and employment. These services are intended to ease the transition back into society and reduce recidivism.

“The main people who use [the map] are actually families,” Thede said, noting that parole officers, too, may use it. The diversity of the map’s offerings makes it widely helpful.

The project got its start years ago, when den Dulk asked a returning citizen about the most difficult aspect of re-entry. According to Franklin, the answer focused not on the lack of available resources — “because there are a lot” — but on the difficulty of finding these resources in a central location.

Although the map is already built, the student researchers have their work cut out for them this summer as they find new services and update the map.

According to Franklin, there is a clear moral dimension to this work. “We’re working to help people,” she said, “just in a way that isn’t directly going and physically helping them.”

“Justice isn’t only about putting people in prison,” Kastner added. “It’s also about restoring them.”

Creating a guide to the Ecosystem Preserve

Gabrielle Eisma, another McGregor Fellow, starts each day with a walk in the Ecosystem Preserve. “My goal is to know the space better each day,” she said. This is an essential aspect of her project, which she described as “place-based.”

But Eisma isn’t just walking trails — she’s blazing them, too. In the McGregor world, her project is wholly unprecedented. “There has never been an art McGregor student before,” explained Jennifer Steensma Hoag, Eisma’s faculty mentor. “It’s not quite what they typically do for a McGregor.”

Eisma is creating a “non-traditional guidebook to the Ecosystem Preserve.” The guidebook will be story-driven, drawing from the preserve’s history and interviews with those who know it best. It will also include illustrations made entirely of materials found in the preserve.

A typical day involves foraging plants, blending and straining them to create dyes and then creating a series of monochrome illustrations. “It’s a process that doesn’t get old, because everything you throw in the blender will give you a different result,” Eisma said. “And it will be totally different from what you originally expected.” By way of example, she mentioned phlox, a bright pink flower. “So, I assumed bright pink dye,” Eisma said, laughing. “But it came out bright blue! It blew my mind.”

Because the guidebook is created from natural materials, it won’t last forever. “Eventually, the book will just disappear,” explained Eisma. Its temporal nature will make it all the more powerful for those who do read it. “There’s this idea of ‘you now have a piece of the story inside of you.’ That’s the way this lives on.”

For Hoag, the project is unique for its wide-ranging appeal. “What I think is really exciting is how many different constituencies it’s drawing in,” she said; according to Hoag, it’s relevant to those interested in the Ecosystem Preserve, the sciences, the arts and the humanities alike.

“One of the ways we engage with the natural world is through stories,” said Eisma. She mentioned that many Calvin students engage with the Ecosystem Preserve on a very superficial level, but her guidebook may remedy that. “I think that’s a way for them to fall in love with a place. And when you fall in love with a place, you want to protect the place.”

Bridging the gap: Public health, statistics and geography team up

Some projects span disciplines even more explicitly. Over the past few years, a variety of NGOs, including The Last Well, distributed water filters throughout Liberia to provide its inhabitants with clean drinking water. Now, Calvin students and faculty members from public health, statistics and geography are working with data from that project. The geography team is creating an up-to-date map of Liberia, while the public health team — funded by the McGregor Undergraduate Research Program — is evaluating the efficacy of the filters and writing articles for publication. To get the data they need, both rely heavily upon the statistics team.

The interdisciplinary nature of this project comes with obstacles. “It can be hard to communicate when we don’t have the same level of terminology,” Sadie Kornoelje, a statistics student working on the project, explained. “It’s a lot more challenging than I thought it would be.”

At the same time, the project bridges the gap between McGregor Fellows and STEM researchers. “I enjoy the interdisciplinary aspect of it,” Kornoelje said. “I like having different perspectives and seeing the data through different lenses.”

For Bjelland, whose goal as director of the McGregor Undergraduate Research Program is to “build a culture of collaboration,” this is cause for celebration.

According to Bjelland, it’s also a prime example of what makes Calvin unique: “Calvin is known among Christian colleges for emphasizing scholarship, and scholarship that integrates Christian faith with whatever the discipline happens to be.” Whether it’s investigating rare diseases, engaging deeply with the Ecosystem Preserve or analyzing water filter efficacy, these research projects are doing just that.

The author recently completed a McGregor Fellowship with the Liberia water project. Chimes has vetted the story to preclude bias and ensure accuracy.