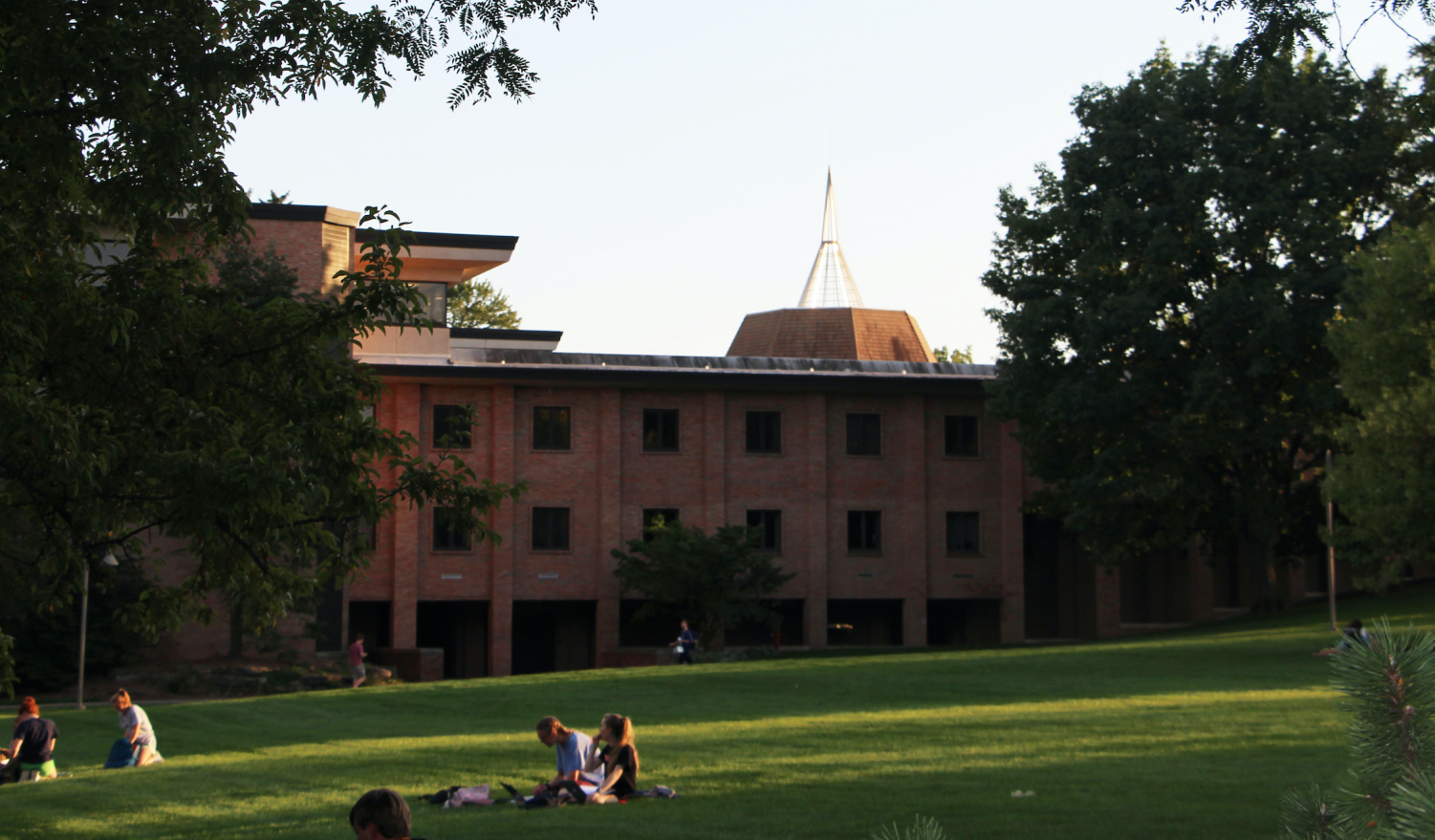 In a story that swept through the Calvin community last week, former education professor Nalova Westbrook alleged she was denied tenure on the basis of race and wrongfully terminated from her position at Calvin.

What did occur during Westbrook’s time at Calvin were at least two instances of misconduct, a denial of tenure, and termination of employment on less-than-friendly terms. Through hours of document review and more than a dozen interviews with administrators, students, an accrediting agency, and Westbrook herself, Chimes pieced together details of Westbrook’s time at Calvin, including both instances of misconduct.

Westbrook is confident that race and retaliation played a role in the way the university treated her throughout.

In the first instance of misconduct, Westbrook transferred students’ signatures to documents they had never seen, calling such actions “a professional shortcut error” and in at least one case lowering a student’s grade without notification after their final exit interview.

In the second, Westbrook was asked to hand over her Calvin-issued laptop and iPad to a third-party forensic firm for preservation after her lawyer sent a demand letter to the university listing allegations of racism. Rather than turn over the devices with data intact, Westbrook reset them to their factory defaults.

“In the period from October 16, 2018 to now, there have been 21 separate individuals or groups that have made decisions on employment matters related to Dr. Westbrook,” said Le Roy to demonstrate that the sheer number of administrators, committees, and independent reviewers involved in the situation negated any individual biases.

Frustrated with the results of such decisions, Westbrook reported her tenure denial to the Higher Learning Commission and the Council for the Accreditation of Educator Preparation, two of Calvin’s accrediting agencies. According to Le Roy, both agencies dismissed Westbrook’s allegations for lack of merit. A public information officer for the HLC confirmed that the agency dismissed Westbrook’s claims. The CAEP did not respond to Chimes’ requests for comment.

Westbrook came to Calvin in 2012, a year before graduating from Penn State University with her PhD in curriculum and instruction. Among the reasons she was hired, she said, was the fact that she was a woman of color.

Education department faculty unanimously recommended Westbrook for two-year reappointments with tenure track in both 2014 and 2016.

Then, in 2018, something changed. Marjory Terpstra, chair of the education department, wrote a letter to the Professional Status Committee and Academic Dean Arlene Hoogewerf on Oct. 16, 2018 stating that the majority of tenured faculty members in the education department did not recommend Westbrook for tenure. Hoogewerf and Terpstra declined Chimes’ interview requests.

The letter’s reasons for concern included students feeling intimidated, unresponsiveness to feedback, and a sentence stating: “Some faculty members also noted that Professor Westbrook brings variation to the classroom and that sometimes creates dissonance for students who are accustomed to professors of similar backgrounds and ways of being.”

The letter was shared with Westbrook, who promptly appealed the recommendation and filed a Safer Spaces report. The comment regarding her background, she told Chimes, was one of the clearest instances of racism she could point to during her time at Calvin.

“I fully understand that despite my similar Reformed Christian background, there are cultural, experiential, and personality differences that make me a unique member of the faculty at Calvin,” Westbrook’s appeal stated. The letter goes on to highlight her high expectations in the classroom, efforts to better understand Calvin’s culture, and frustration with the differing methods of observation used to evaluate her.

Four tenured members outside the education department supported her appeal of the recommendation against tenure. Included among them was Loyd-Paige, who declined to comment on the matter.

Before her appeal could be reviewed by the PSC, a student accused Westbrook of the first instance of misconduct.

Upon students’ completion of Education 302-303, one of the final requirements prior to student teaching, the professor must send an evaluative form detailing each student’s grade and student teaching recommendation to the university’s education department. Before submitting this form, the evaluating professor must meet with each student in person and inform them of their grade and recommendation. Students then review and sign their evaluations.

Rather than adhere to this, Westbrook had students sign a “signature form,” which she later used to transfer their signatures to evaluation forms they had never reviewed.

Westbrook told the student who filed the complaint that they would receive an A for the course and a recommendation without concern. After their meeting, Westbrook decided to lower the student’s grade to an A- and evaluation to a recommendation with concerns, never notifying them of the changes. In an email defending her actions, Westbrook claimed she didn’t think the student would take issue, given how “slight” the changes were.

Pending the results of the misconduct investigation and her Safer Spaces report, Westbrook’s tenure appeal was not reviewed until the beginning of the 2019 fall semester. After viewing documents including her personnel file, which now included the case of misconduct, the PSC followed initial recommendations and denied tenure.

Later in the semester, under unclear circumstances, Westbrook was placed on leave with pay. The provost declined to comment, and the university would not provide documentation.

Westbrook’s lawyer sent the university a demand letter in December 2019 outlining multiple instances of racism and mishandling of her situation. In response, Calvin requested that she turn over her university-issued MacBook and iPad to third-party forensic firm Axis Discovery for preservation in the case. Westbrook reset the devices to factory defaults and told Chimes that she backed the data up on a flash drive.

“The demand letter required everyone to preserve anything related to my tenure appeal. And I did that – I just put it on a thumb drive, but Calvin wanted me to keep it on the laptop,” Westbrook said.

A subsequent letter from the provost to Westbrook called the erasing of data “an egregious act that hides and destroys documents that would be pertinent to your complaint against Calvin,” adding that it was reasonable to expect, based on the stipulations of her demand letter, that Westbrook fully understood the requirement to preserve relevant documents.

As a result, the provost declared Westbrook suspended with pay, effective immediately, on Jan. 28, 2020. She was not to return to campus without at least 36 hours’ notification to the director of campus safety.

In April, after hearings on the topic of her second misconduct case had passed, Westbrook was let go from the university despite her contract lasting until August 2020.

To reach a mutually acceptable end to the ordeal, university officials arranged to meet with the former professor and her counsel at the office of Calvin’s lawyers on June 10.  A third party mediator presided over the discussion, not a former president of the Calvin alumni association, as Candor Media alleged.

Over the course of more than 12 hours, a deal was forged and both sides agreed. But Westbrook says she felt pressured to do so.

Le Roy felt differently, saying that Calvin had entered the agreement in good faith, hoping to resolve a difficult situation. “At the end of the day, we had a signed agreement, and that was a completely voluntary session – anyone could have walked out at any time. There was nothing coercive about it,” he said.

The former professor began voicing allegations that Calvin had racially discriminated against her, breaking the terms of the agreement and prompting Calvin to countersue on Oct. 2, 2020 for enforcement of the previously agreed-to terms.

Calvin’s struggles with recruiting and maintaining faculty of color are nothing new. In the 2018-19 school year, employees of color made up just 11.26% of the employee population and nearly a quarter of employee departures.

In her early years at the university, Westbrook was frustrated by her colleagues’ constant comparisons between herself and Dr. Denise Isom, a Black professor who left the university in protest of Calvin’s former faculty requirements. Westbrook never knew Isom and found the comparisons off-putting.

Westbrook also felt like some white students were disrespectful to her, which students in her classes corroborated. One student told Chimes, “Students who are against Westbrook should do some reflection and ask, ‘Where are these strong feelings coming from?’”

Those interviewed in a Chimes article two years ago on the effects of white supremacy made statements similar to Westbrook’s: many white students and staff at Calvin are unaware of the many implicit instances of racism that take place on campus.

“‘My experience [of racism] has not been of people that have said, like, ‘I’m white, therefore I am superior to you,’ said [Kasey Stevens, the former resident director of NVW], ‘but my experience has been the activities, expressions, et cetera that are consistent with … whiteness’ are placed in higher value and contrary ways of doing those things are considered of lesser value,” the article stated.

“Black women faculty members are judged more harshly than any group, particularly in these matters at evangelical Christian colleges,” former Calvin professor Randall Jelks told Candor Media in their story on Westbrook. Jelks continued to say that Calvin should own up to and face its history on matters of race as it continues to move forward.

Despite Jelks and Westbrook’s claims in the article that Calvin seeks to hide instances of racism rather than eradicate them, Loyd-Paige assured Chimes of the university’s commitment.

“If anyone thinks that this situation does not affect or sadden me, they do not know me very well. The departures — voluntary or involuntary — of any faculty or staff of color or white allies are wounds that do not heal quickly.” said Loyd-Paige, later adding, “There is work enough to be done on this campus, in our larger community, and in this world so that we all experience less brokenness.”

Editor’s note: This story has been corrected to accurately reflect the dates and procedures involved.