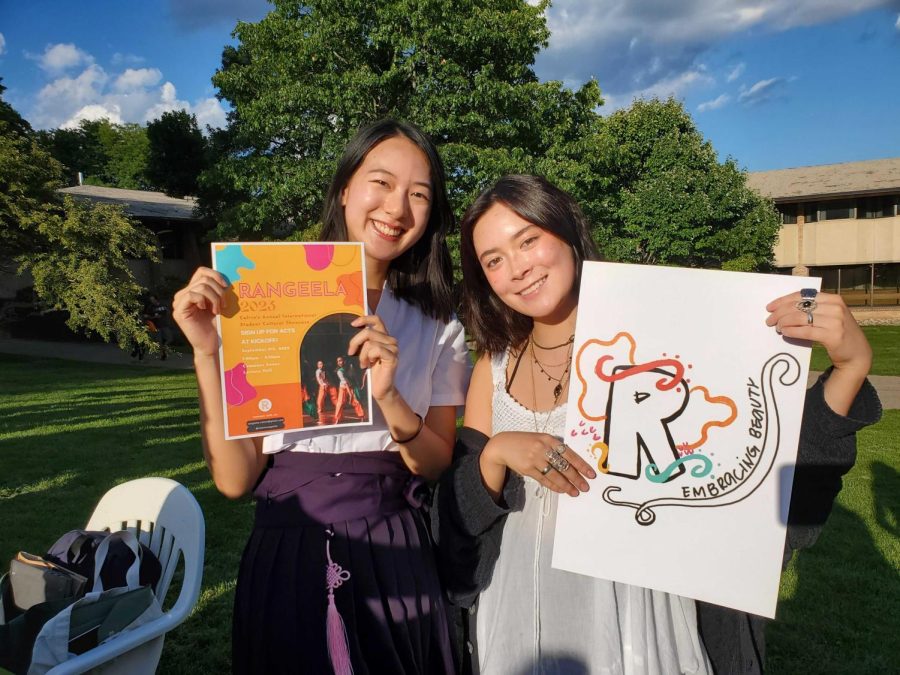 Rangeela’s signature event will return in spring 2023 after two years interrupted by COVID-19.

Rangeela, an event celebrating different ethnic groups represented in the Calvin student body through performances showcasing their cultures, is returning this year after a two-year hiatus due to COVID-19. Formerly under the umbrella of the Center for Intercultural Student Development  Office, Rangeela is now a student organization overseen by the Campus Involvement and Leadership office.

Rangeela is a time-honored tradition at Calvin; since 1995 students have been able to participate in or witness this celebration of culture and diversity. Those who participate say it’s a chance to find a community; some learn more about their heritage while others are able to experience a culture they have never experienced before.

“Through Rangeela, you will meet tons of new people and develop new unexpected friendships,” said Cedric Christophorus, an act leader for the Indonesia act in 2020. “I had the opportunity to learn more about their culture and themselves on a more personal level.”

Sophomore Grace Hsu has been excited about Rangeela ever since she watched her brother perform in 2020. “It was so cool to see the culture being represented,” Hsu said. This year she plans to participate in Rangeela as a part of either China or Nepal’s act.

Rangeela almost did not return this year. According to John Britton, associate dean of campus involvement and leadership, the CISD no longer had the staff capacity to run the event.

However, students petitioned for Rangeela to continue, now as a completely student-run program. Su Ji Lim and Nuri Lee, seniors at Calvin this year, told Chimes they wanted to keep Rangeela around as a student-run organization because, according to Lim, “Rangeela is so much more than just a multicultural performance. It’s an opportunity for international students to remember our roots, celebrate our vibrant cultures and share this beauty with the Calvin community.”

Lim and Lee are the president and vice president of the Rangeela leadership team.

“We did go to the chartering event and we did have to fill out an application,” Hannah Sherbrooke, another member of Rangeela leadership, said. Their application was accepted and Rangeela became an official student organization chartered for 2022-2023.

Now more dependent on student leadership, Christophorus told Chimes Rangeela plans to scale down participation slightly. “The maximum people that can participate in each act is lowered down to 25 from 40. However, the good news is that the performance will be held live on CFAC, which has been the tradition for many years,” Christophorus said.

David Quain, an act leader for China, told Chimes there will be a wider variety of performances. “This year we are adding some songs … and some monologues,” in addition to dances.

Sherbrooke said all those involved in Rangeela “are definitely focused on bringing the same level of quality the show has been giving.”