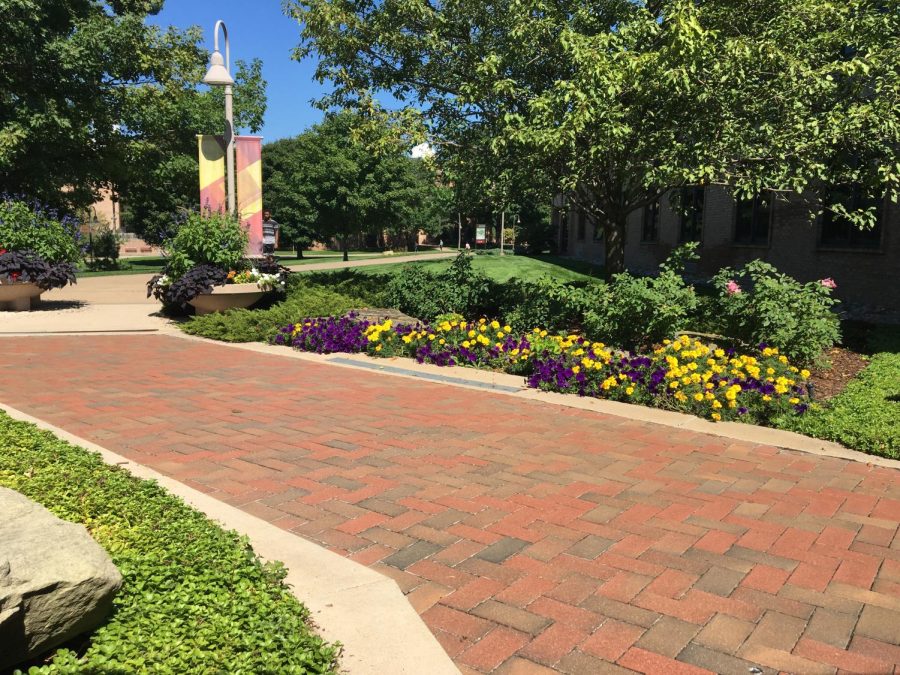 Keystone, the company Calvin is now partnering with, has been working on projects at the university for the last few years.

Calvin has opted to partner with a new company, Keystone Construction, a local facilities management company, after a year of frustrations with the previous company, National Management Resource Company.

NMRC’s failure to meet expectations necessitated the decision, according to Chief Financial Officer Tim Fennema. “There were quite a few things that were just not up to the expectations of what we had signed up for with the agreement,” said Fennema. Concerns included ongoing issues with groundskeeping, custodial work and the recycling program. Outsourcing to NMRC did save the university money.

“We didn’t make the decision overnight,” Fennema told Chimes. He said that despite the speed of the transition most feedback on the decision has been positive, as most people on campus were aware of the complaints about NMRC.

While it is unclear how the change affects those employed by NMRC, this year’s transition has gone more smoothly for Calvin employees than the initial decision to outsource. “The outsourcing of the Calvin Facilities department last June was devastating to the employees and their families,” said Jennifer Ambrose, an environmental health and safety officer who has worked at Calvin for more than 20 years. She said the transition to Keystone has been different: “Several of the employees are wary and ‘waiting to see’ how the transition goes. Others are cautiously optimistic.”

The university worked with Keystone to make and execute a plan for each employee expected to be impacted.

Fennema said working with an outside company for facilities is still the right move for the university. “There are things we should be concentrating on as a university and that really is students. I need experts to worry about maintaining the campus,” Fennema said. “Really the intent was for us to focus on our core mission, and they can focus on theirs. And that’s where good partnerships happen.”

According to Fennema, the university’s partnership with Keystone will be more flexible and collaborative than the previous partnship with NMRC. “It’s really open book [with Keystone], in terms of their financials with us. And there are things that we can share both ways in relation to that agreement. And so it’s going to be much more of a partnership, much like we have with creative dining. … I’m looking forward to partnership with them, because I think it will bring facilities back to what we need it to be.”

Staff lay-offs during last year’s transition may have contributed to delays in re-introducing the recycling program. “When the outsourcing occurred, Calvin lost our champion of recycling, Henry Kingma,” said Ambrose, “Without Henry’s passion for sustainability and commitment to recycling, the program has suffered.” Like many faculty, staff and students, Ambrose hopes Keystone will support recycling efforts on campus. “My conversations with Keystone leadership indicate that this is their intent,” she added.

Lucy Gordon, a sophomore studying environmental science and a sustainability coordinator for the Noordewier-VanderWerp dorm, shares Ambrose’s desire for Keystone to support recycling at Calvin. “I would like to see an increase in the number of recycling bins both from Calvin and Keystone this year,” she said.