“Reasonable but disappointing”: Streetfest reduced due to student feedback and financial necessity 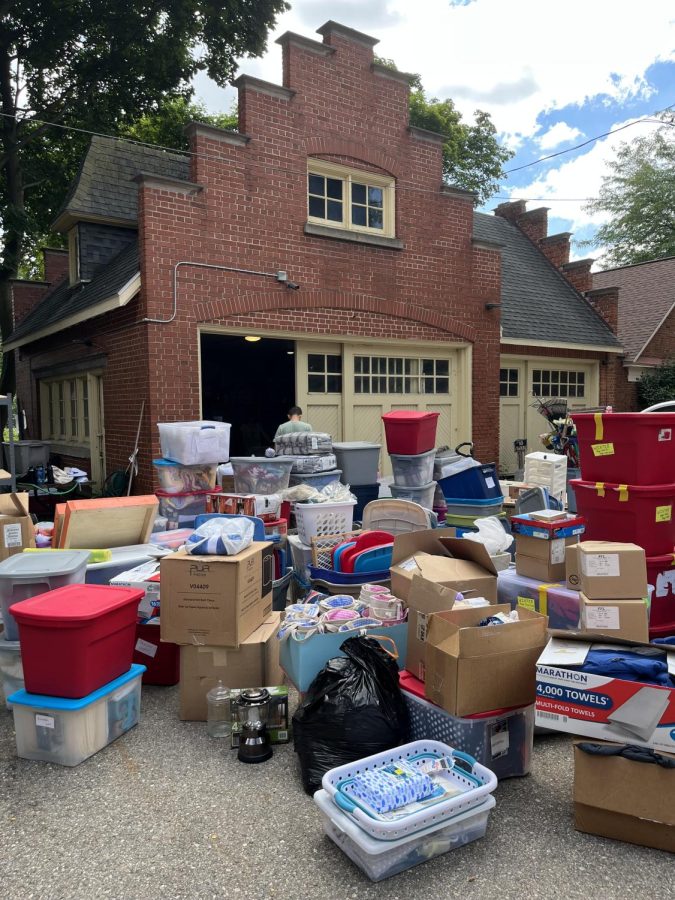 Students organize a garage at the YWCA of Central West Michigan during Streetfest.

Streetfest, the service-learning component of Calvin’s orientation program, looked a little different this year. In past years, the event took up an entire Friday and included the entire body of incoming students. This year, Streetfest was held on Saturday and a little under half of incoming students participated.

The Campus Involvement and Leadership Office provoked changes to the structure of Streetfest by trimming a full day from the typical schedule of Quest, the final leg of orientation attended by all new undergraduate students before classes begin. While the Quest schedule has not been static in past years, trimming a full day from the schedule is unusual and forced the reorganization of a traditionally three-and-a-half-day schedule into a two-and-a-half-day schedule.

John Britton, director of CIL, told Chimes that the traditional Quest schedule had become financially unsustainable. Because Calvin’s dining plans only come into effect the Sunday before classes start, CIL covers the cost to operate the dining halls and feed students participating in Quest. By trimming a day from the schedule, CIL reduced dining costs significantly.

The schedule change was also a response to student feedback. Bear de Boo, a member of this year’sorientation board, referred to an online survey Quest collected from students the week after Quest. Bear said that a consistent theme of the feedback was that Quest was “too long.” Most students participate in other orientations prior to Quest — programs like Passport, IMPACT, Wilderness and International Orientation. In some cases, past students attended various orientation programs for 10 days in a row.

The loss of a day meant Streetfest was asked to shrink. Andrew Haggerty, director of the Service Learning Center and supervisor of Streetfest for the past eight years, said they made the reduction to accommodate other elements of Quest. Rather than being sent out in the morning and returning in the late afternoon, students participating in Streetfest this year ate lunch at the dining halls and left in the early afternoon, most returning in the late afternoon.

The shift to Saturday afternoon also meant that fewer sites were available for the SLC to send students to. Haggerty said many of the SLC’s community partners simply don’t operate on Saturdays. This change meant only a portion of the incoming student body would be able to participate, he said.

With half of the usual community partners available, students were asked to choose between three activities to participate in on Saturday afternoon, one of which was Streetfest. Haggerty explained that this system provided some benefits, as well as some losses. “If you have a group of motivated students who’ve chosen to be there … that’s definitely a potential asset,” Haggerty said.

However, Haggerty hopes that Streetfest also reaches students that are not initially excited about service-learning, but have their minds changed over the course of the program. With the new system, “you lose the opportunity for someone to be surprised by the experience,” Haggerty said. To Haggerty, the changes were “all reasonable, but disappointing.”