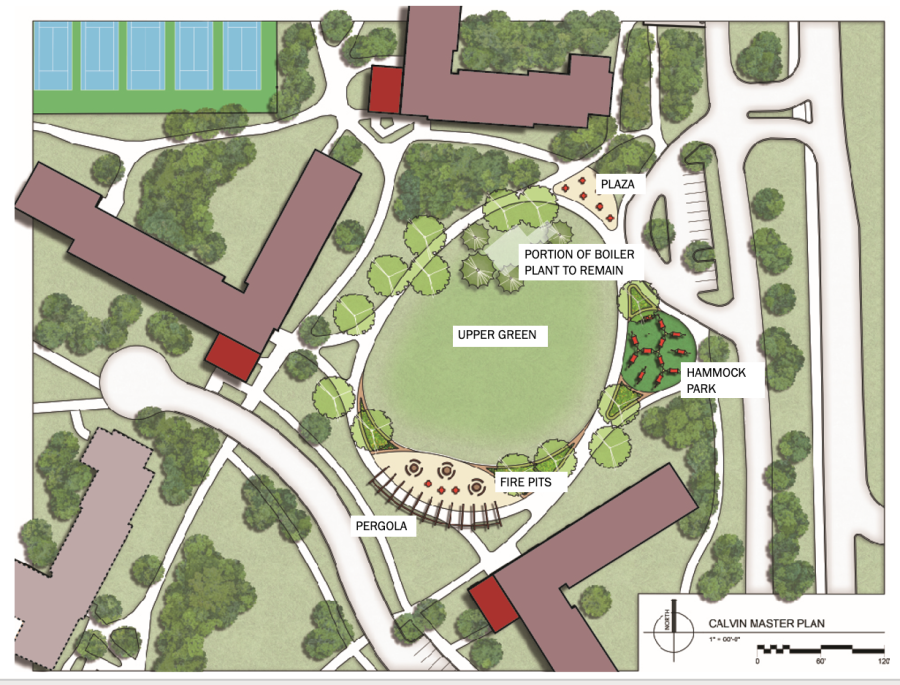 Vice President for Student Life Sarah Visser and Vice President for Enrollment Strategy Lauren Jensen announced July 29 that a policy intended to keep future students living on campus for three years will not go into effect as planned. The policy, launched in 2021, was repealed to facilitate progress on Calvin’s new Residential Master Plan, a strategy for improving residence life options on campus over the next 10 years.

The requirement had been under consideration since 2013 and was intended to begin with this year’s incoming class. The new policy was introduced with the goal of compensating for room and board revenue lost amidst declining undergraduate enrollment.

But campus residence options aren’t yet ready to offer an ideal student experience for all upperclassmen, Visser told Chimes.

“I’m always interested in how do we compel people to want to be here? … How do we design a plan that would make people really want to be here? This is not to say that we want all seniors to feel like they have to live on campus. But I’d love it to be a viable option, that they don’t feel like there’s something driving them away from wanting to live on campus,” Visser said.

The goal of the Residential Master Plan, Visser said, is to design campus residence options that are affordable, accessible, flexible and allow for varying levels of independence. Visser was a member of the plan’s steering committee, which also included Dean of Students John Witte, Chief Financial Officer Tim Fennema and three stakeholder focus groups representing a variety of domains on campus –– including facilities staff, students, faculty and administrators. The committee worked with Calvin’s frequent architectural and engineering partner GMB Architecture to develop the plan.

College students represent a variety of needs when it comes to independence. According to Jay Wise, director of housing and operations, independent or semi-independent living as an upperclassman is “a half step for some students in that they gain added independence, they experience being a good neighbor and learn more what it means to share responsibilities with others.” While many upperclassmen currently opt to live off campus for a variety of reasons, including financial ones, Visser said 500-600 upperclassmen students choose to live on campus in the Knollcrest East apartments.

While the three-year residency requirement was focused on filling dorms, Visser said the goal of the Residential Master Plan is to create optimal student experiences. “We know it’s really good for students to live on campus … they tend to do better socially, they tend to do better academically, retention is better,” Visser said. “But we also wanted to be aware that, you know, juniors and seniors have different needs and desires than first-year students. And so simply to say we have room for them in the traditional residence halls doesn’t mean that’s the best student experience.”

With extra dorm and apartment capacity to work with due to relatively low undergraduate enrollment, Visser said new room configurations could be possible. Not reaching maximum residence hall capacity will also allow for dorms to be periodically closed so progress may be made on other aspects of the plan, including plans to renovate lobbies and stairwells to create more open space and let in more light. Adding elevators to all dorms is another essential element to this plan.

The renovations would aim to achieve a more modern look while maintaining the integrity of Calvin’s historical prairie-style architecture, Visser said, with the goal of providing students with more accommodating living situations that focus on student gatherings.

In Calvin’s current residence halls, “You can feel like you’re squirreled away. You can come to campus on a really busy day, and it’s like, where are all the people?” Visser said.

Promoting student gatherings is a key theme of the plan for KE as well. “We want to renovate our residence halls and apartments in a way that creates community spaces and strong appeal to juniors and seniors,” Jensen said. The plan imagines a new construction on the corner of the Beltline and Burton street, designed to function as a hub for students to come together and enjoy each other’s presence, as well as an outdoor gathering space where Knollcrest Dining Hall is currently located.

Visser told Chimes she hopes that implementation of the plan’s ambitious goals will ultimately help to make campus life an attractive option for students across grade levels. Jensen said she looks forward to showcasing renovated residence halls and apartments to prospective students.

“I think Calvin in 10 years is going to be a pretty hype place,” Visser said.