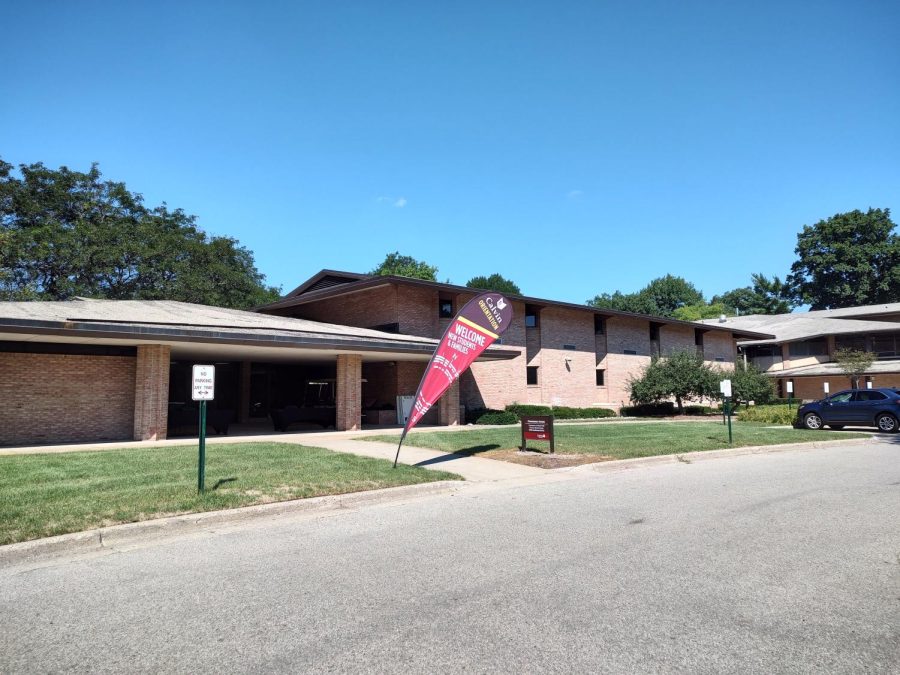 The variety of types of learners starting at Calvin this fall represent the university's ongoing efforts to grow programs beyond the traditional undergraduate experience.

Calvin’s ongoing strategy of diversification has increased the number of students who are not traditional undergraduates. Diversifying the types of learners that make up the student body is an intentional strategy the university is employing to prepare for the demographic cliff — an anticipated nationwide slump in the number of individuals seeking college education in the next five years — and compensate for current low undergraduate enrollment.

Calvin’s graduate programs, which enroll new students six times per year, have a total of 351 students enrolled currently, with more than 100 newly enrolled in the first fall term for master’s and certificate programs. As of May 2022, there were about 570 first-year undergraduate and about 30 transfer students enrolled for this fall.

Across all programs, Calvin saw about 1,000 total new learners join the student body this fall, according to a press release from the university.

Final fall 2022 enrollment numbers for first-year undergraduates, transfers and other programs are not yet available for this year, Vice President for Enrollment Strategy Lauren Jensen told Chimes.

About 17% of the 1,000 total new learners – a number which includes first-year undergraduate students as well as graduate, CPI and certificate program students – are not from the U.S. and about 18% are Black, Indigenous and people of color. According to a press release from the university, these are institutional records on both counts.

For now, it’s unclear whether the first-year class of undergraduates alone is more diverse in terms of country of origin or race and ethnicity than in previous years.

The university has traditionally reported demographic data specifically for the incoming first-year class of undergraduates in an annual report released in September. That report is not yet available. Vice President for Enrollment Strategy Lauren Jensen told Chimes the report may take longer than normal to generate due to software transitions.

Diversity and inclusion work doesn’t end with recruiting a more diverse student body. “There’s a difference between getting them here and then keeping them here and making everybody feel welcome,” university President Wiebe Boer said. Boer told Chimes he made an explicit commitment to international students and North American minority students during orientation to create a welcoming and safe campus for all.

While there are specific offices and programs devoted to welcoming international students and North American minority students, Boer said it’s important for the entire community to demonstrate that welcome. “If you’re from Burton Street and you’re a traditional Dutch CRC kid, I expect you to be incredibly welcoming, because it’s your home that you’re welcoming everybody to,” Boer said.

While the “traditional Dutch CRC” demographic at Calvin has been shrinking consistently since the 1990s, international and North American minority representation has grown in recent years. “The largest problem we had, from an enrollment perspective …  was really in our own backyard,” Chief Financial Officer Tim Fennema said. “If you look at BIPOC, or first generation or international students, they all were at or above expectations.”

President Boer told Chimes his own family history includes Dutch immigration and first-generation college education at Calvin. Boer said the positive role Calvin played in his family story is one it continues to play, but now increasingly with non-Dutch students. “What we’re finding is that the appeal of Calvin is actually in new populations that have a similar ethos in terms of their Christian commitment, the reformed tradition, but they’re from other parts of the world,” Boer said.

Growing rates of first generation and international students suggest Calvin is still in the business of making Christian higher education accessible for all, Boer said.

While the majority of Calvin students are still traditional undergraduate students, the ratio is slowly changing. Since becoming a university in 2019, Calvin has launched eight graduate programs that combined currently enroll more than 350 students.

“As we grow, we continue to see greater growth in graduate enrollment,” Jensen said. “This is intentional and part of Calvin’s vision: to remain committed to offering a traditional residential undergraduate experience that is second to none, and to find new ways to reach adult learners through graduate and certificate programming.”

The Calvin Prison Initiative has also grown, from 20 in 2015 students to 90 now enrolled, and is continuing to grow thanks in part to the anticipated re-extension of Pell Grant eligibility to incarcerated students in 2023.

Associate Provost Kevin den Dulk directs Calvin’s Global Campus, including graduate and other adult-learner-focused programs. To den Dulk, launching the Global Campus in 2020 was a way of saying “we have a mission that’s big enough to include students who are not necessarily going to be with us here, in residence, as undergraduates.” The increasing diversity of types of learners in the student body is a sign that “Calvin really is living into a big vision and mission for what ‘student’ means in its mission statement,” den Dulk said.

Growth in graduate enrollment is primarily due to the addition of new programs, den Dulk told Chimes, particularly high-demand programs like the master’s in speech pathology.

In addition to new programs, den Dulk said the Global Campus aims to continue expanding by building on existing community partnerships and developing new ones. Den Dulk said he sees opportunities for the Global Campus to work directly with businesses and organizations on professional development programs, as well as to steer Calvin’s re-engagement with the city of Grand Rapids.

Although individual campus offices and programs like the Service Learning Center, Plaster Creek Stewards and Calvin Prison Initiative have been intentional about developing outward-facing programs and parternships, den Dulk said Calvin has long lacked an overarching and intentional initiative for engaging with the city. As part of the effort to build partnerships and re-engage, the Global Campus hired a director of strategic partnerships in August.

“Don’t put all your eggs in one basket”

Graduate programs brought in $4.5 million in revenue last year. According to Fennema, the tuition difference between an average undergraduate and an average graduate student is small, with the main large difference being room and board.

Last year’s revenue from graduate programs exceeded the previous year by about $1 million, Fennema said, and the programs are already exceeding expectations for this year. “We are trying to accelerate and lean into that gain as much as we possibly can. I think the biggest story out of this is, as we transitioned to a university from four years ago to today, or five years ago to today, we have a more diversified student base, which actually helps us,” Fennema said. Graduate programs, CPI and high transfer rates help to offset financial problems that might otherwise have arisen from having a slightly smaller incoming first-year undergraduate class than planned for, Fennema said.

“You don’t put all your eggs in one basket, you take lots of little chunks, because nothing works out exactly the way you wanted — some may be better, some may be worse, like the freshman enrollment is below expectations,” Fennema said.

The board of trustees has approved the university operating in a deficit this year, Fennema told Chimes, in order to make space for investments in future growth. Instead of having to trim programs and resources to adapt to fewer students, Fennema said he hopes taking a multi-year approach to financial strategy focused on growth will result in a speedy recovery in enrollment.

In the last two years the Global Campus office has been designing a plane while building it while flying it, den Dulk said. The growth in Global Campus programs has depended upon practical efforts like recruiting faculty and designing curricula. Yet, den Dulk said his office has also been engaged in a project of culture transformation aimed at helping the entire Calvin community expand its conception of who a Calvin student is or might be.

“At the same time that we’re saying, ‘let’s help the campus develop a different kind of cultural understanding of different types of learners,’ we’re having to build out the programs that will meet those learners where they are, and sometimes the culture hasn’t caught up to the change,” den Dulk said.

The culture shift project is also a goal for Boer. “So for so much of our history, Calvin has been almost 100% an undergrad reservoir for your residential undergrads, right. And that’s absolutely fantastic. And that’s always going to be the core of what the school is. But in the present day there are many learners who, for one reason or the other, just need to learn in a different way, or in a different time, or period in their life,” Boer said.

Boer told Chimes he sees the growth in nontraditional programs as an asset to Calvin’s traditional focus. “The traditional undergrads I think also benefit from that, because they interact with people in their classes that have a different life experience, and they can learn from them,” Boer said.