“The space to remain together”: Faculty seek protection for variety of viewpoints on sexuality 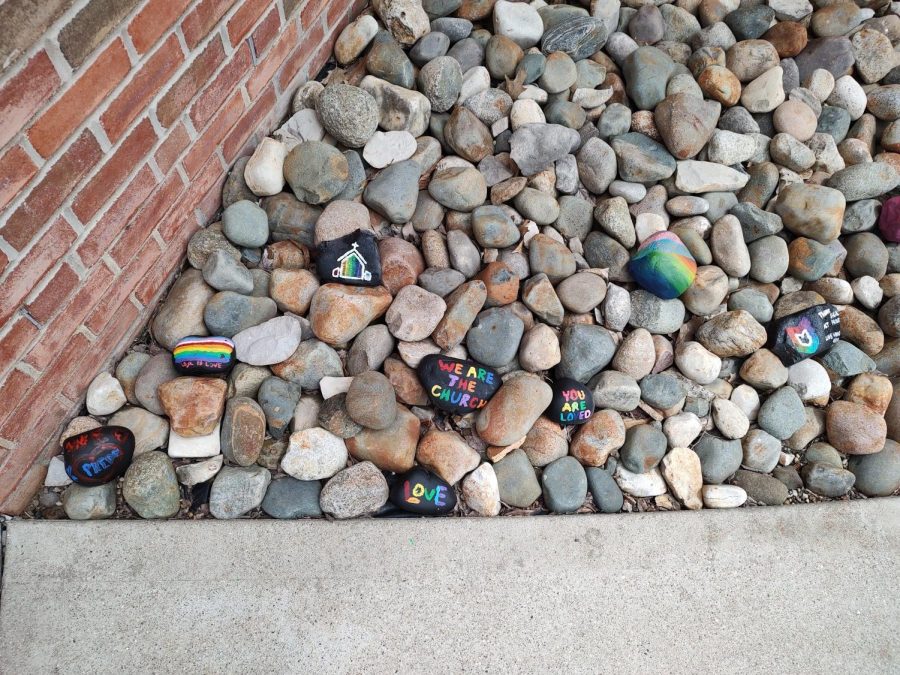 Calvin faculty are asking for protection for a variety of viewpoints on sexuality as they wait for more information from the university and the denomination.

More than 200 faculty, staff and emeriti signed a July 15 letter to university administrators and the board of trustees seeking protection for a range of viewpoints on human sexuality to continue coexisting at Calvin. The 114 current faculty who signed the letter represent a variety of viewpoints; signees ranged from those who find committed LGBTQ+ relationships consistent with biblical and confessional teaching to those who hold a traditional view of marriage and sexuality and believe homosexual sexual orientations are a result of the Fall.

The letter comes a month after the Christian Reformed Church in North America, Calvin’s mother denomination, voted at its annual meeting to elevate its position on same-sex relationships to confessional status.

Seeking broad protection for differing viewpoints within a Reformed worldview at Calvin, the letter stated that tolerance for such diversity is “essential to preserve Calvin’s academic integrity and to stand against a culture-wars mentality that threatens the unity of the body of Christ.”

“In short, we the undersigned seek the space to remain together as a community united in Christ and bound by core teachings of the Christian faith, even in our differences,” faculty, staff and emeriti stated in the letter.

A July 17 response from President Wiebe Boer and Board of Trustees Chair Bruce Los affirmed the university’s commitment to finding a solution that works for all stakeholders and asked for prayer as the process continues.

The faculty letter highlighted the concerns of signees with traditional views on sexuality about Synod’s decision and its potential consequences. According to the letter, those concerns include unnecessary narrowing of Calvin’s “big-tent” understanding of Reformed orthodoxy. Signees also cited high rates of suicide among LGBTQ+ people and violence against LGBTQ+ people, inability to engage with younger generations and concerns about Synod’s process.

Physics professor Loren Haarsma told Chimes that while he agrees with some portions of the CRC’s Human Sexuality Report, the document upon which the confessional status decision was based, he found the portions dealing with intersex and transgender people and same-sex attraction unpersuasive, both scientifically and theologically. “I had hoped that Synod 2022 would listen to more voices before making a decision, get more input from experts and ask the denomination as a whole for more study and discussion,” Haarsma said. “I had hoped Synod would take a more pastoral approach which emphasized what unites us in Christ while acknowledging that this is a difficult topic where we don’t all agree.”

The July 15 letter aimed to do that by affirming the unity of the signees as Christians who “love the scriptures and take scriptural authority seriously [and] affirm the ecumenical creeds and Reformed confessions” and calling for administrators “to protect — and to do so explicitly — a range of faculty, staff and administrator views regarding Synod’s recent decision.”

“I did not need the CRC to adopt an official stance on the issue of married same-sex couples and sexual activity. I simply believed that our confessional commitments could provide a framework where faithful Christians are able to come to different positions,” said sociology professor Jonathan Hill. “I particularly think this is important in a university context where we should be free to pursue diverse ideas and perspectives.”

The letter highlighted the traditional breadth of the Reformed tradition at Calvin, citing the Kuyperian idea that each sphere of life – church, education, family, state – ought to have unique and distinct authority and purpose to argue against rigid enforcement of church decisions within the university.

The university’s response also drew on Calvin’s historical mission. “We share your belief that Calvin University holds a unique place in the landscape of Christian higher education and will remain a place where a wide range of views are encouraged and protected,” Boer and Los stated. “Our intent and expectation are that we can align all stakeholders on creating an environment and culture that will contribute to the flourishing of all students, faculty and staff.”

Calvin’s covenantal partnership with the denomination requires that Synod’s decision be taken seriously, but faculty say enforcing it too strictly could have ramifications.

“If the board of trustees and administrators decide that they are simply going to follow the procedures outlined in the Faculty Handbook, then I will likely have to leave Calvin along with many other faculty,” Hill said. The Faculty Handbook requires faculty who disagree with elements of the confessions to file their concerns for review by the professional status committee. Faculty also sign a covenant agreeing to keep their teaching, speaking and writing in harmony with the confessions.

Hill is chair of the department of sociology and social work, which has been hard-hit by resignations and faculty being let go. The loss of three faculty has left the social work program with just one faculty member.

“I know most of us here do not want [loss of more faculty] to happen and want to find some way to hold on to our identity as a place that rigorously and fearlessly operates from a capacious, Reformed vision of higher education,” Hill said.