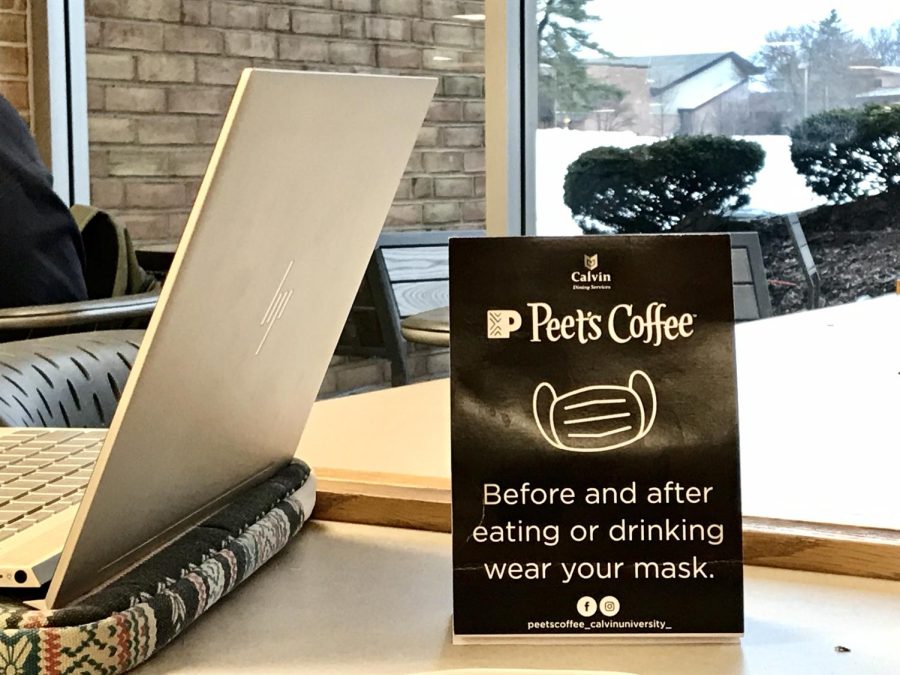 Masking will now be optional in specific areas on campus as part of a trial period following low case numbers on campus.

From now until spring break, masks are recommended but optional in public areas of residence halls, the Spoelhof Fieldhouse Complex and on all floors of the Hekman Library except for the first.

“In recent days, we have seen significant drops in case counts on campus and very low transmission to close contacts,” Vice President for Student Life Sarah Visser told Chimes in an email. “If the change does not impact case rates and on-campus spread, then the trial will likely continue after spring break and through the end of the semester (though policies are subject to change at any time if we see significant increases or spread on campus).”

According to Visser , these spaces were selected due to their larger square footage and “ a more open-air design” or because of their “lower density of people.” Visser told Chimes in an email that the selection of these areas were determined in consultation with leaders of these areas who saw “the trial period as a worthwhile endeavor.”

In an email to students on Feb. 14, the COVID Response Team said that “In addition to the falling cases counts in the county and on campus, we are willing to enter this trial period because of our high vaccination rates among students, faculty, and staff (plus natural immunity from previous positives) and because of the recent widespread availability of N95 and KN95 masks for the first time during the pandemic.”

According to the email, the CDC’s new guidance for institutions of higher education shows that shared on-campus housing is “a lower risk congregate setting due to the lower risk of severe health outcomes associated with young adults.”Visser told Chimes that changes in the masking policy were effective only in those places to allow people to choose “whether or not they wanted to be present in those spaces.”Other areas like classrooms, the library, fieldhouse and residence halls are all common areas. “We recognize that some students and staff who work in those spaces don’t have the same degree of choice,” Visser said, referring to classrooms.

Following spring break, the CRT will assess the possibility of expanding voluntary masking to other areas on campus.