Learning from each other: interdenominational couples on campus 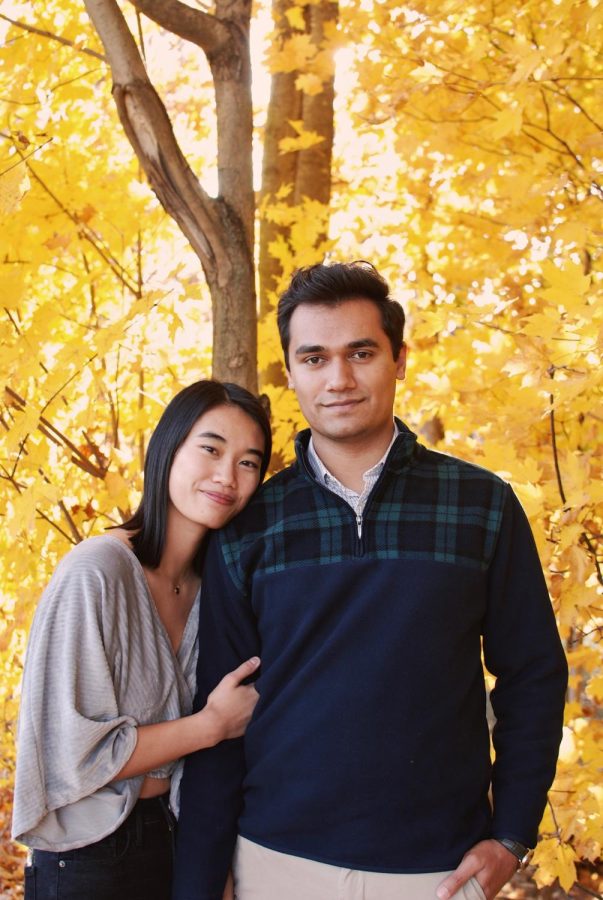 University Pastor Mary Hulst’s advice for interdenominational couples is simple: “Ask good questions: … What was growing up in this tradition like?  What are their best memories? What would they change if they could?”

Having these conversations can help partners get to know each other better, as well as better understand their own faith commitments. “We often don’t know how important something is to us until another person asks us to give it up or change it,” Hulst said. She advised interdenominational couples to “spend time assessing what matters most to both of you.”

Juniors Emery Alspaugh and Gabby Freshly share a desire to help people “both in a faith context and without,” Freshly said. “I … see Emery with such a servant’s heart, and I know it’s very important for him that [the church] has the communities and congregations that are diverse, but also that they’re taking action … within the community and helping people in the community.”

Junior Madeline MacRae, who belongs to a Catholic church, and senior Neil Van Kanegan, who belongs to a CRC, both value preaching which addresses relevant issues like COVID, race, gender and discrimination. Though they often attend church together, Van Kanegan said, “We both don’t really want to force the other to choose, I think, so I’m not going to tell her you have to stop going to Catholic Mass.” “I’m not going to tell him that he has to conform to Catholicism,” MacRae said.

But MacRae and Van Kanegan have both come to appreciate aspects of each others’ preferred worship styles. “My faith is super visual and auditory. It has to engage the senses, and that’s what I like about her church and other Catholic churches. It engages that way more than Protestant churches,” said Van Kanegan. “So, I like the kind of high church worship with stained glass windows and organs, kind of more traditional.”

MacRae, on the other hand, was intrigued by the discussion at the end of the services at the small CRC Van Kanegan attends in the Loop of Chicago: “They always have a moment where people can voice concerns or prayer requests.”

Growing up in various Pentecostal churches, Alspaugh had never seen a bulletin before going to United Methodist churches with Freshly. Alspaugh’s home church’s services often went over two hours and consisted of approximately “70% singing and 30% preaching.” His home church had a strict participation standard for worship: “I was taught at a very young age that you do not sit down until the eldest oldest lady sits down. And, let me tell you, the grandmothers of the Pentecostal churches cannot physically sit down.”

Freshly grew up in the same United Methodist Church that her mother and grandmother grew up in, where services were just an hour long. She grew up hymn-singing and has many tagged in her hymnal, including one of her favorites, “I Come to the Garden Alone,” which Freshly said is “one my grandmother sang to my mom and sang to me when I was a kid.”

Alspaugh and Freshly enjoy attending Trinity United Methodist Church in Grand Rapids and going to chapels on campus together, although their chapel preferences remain disparate. “Friday chapel feels the most like home for me,” Alspaugh told Chimes. But for Freshly, “the Friday chapels are … the most alien from my worship style.”

In getting to know their partners’ faiths better, MacRae, Van Kanegan, Alspaugh and Freshly have each been able to see things about their own faith background more clearly.

MacRae said, “There’s like an internal struggle between what I should believe and what I actually believe … I will be honest, as a Catholic, it’s very hard to look at a priest holding up [the bread and cup] to believe that’s literally like his body and blood.” Van Kanegan said that going to church with MacRae has made him think more carefully about Catholic doctrines and how many are based on both tradition and Scripture.

Alspaugh said that prosperity gospel preaching, which tends to be rather prevalent in Pentecostal churches, “is probably my least favorite way of preaching [because] it’s quite predatory.” For Freshly, the United Methodist denomination may be going through drastic changes, but she appreciates how “the unity in the denomination is really beautiful.”

Especially at his church, Alspaugh reflected on how the congregation was racially, socially and economically diverse. Working together, Alspaugh said that he and Freshly share a “huge focus on building a community and focusing on diversity” both within and without the faith community.

Shared core beliefs minimize the impact of different denominational backgrounds. “We all agree on the creeds, so the foundational things really matter. Everything centers on the resurrection of Jesus and then radiates out from that,” said Hulst.

Both Van Kanegan and MacRae and Alspaugh and Freshly agree that though they acknowledge denominational differences, their focus is on what forms the basis of their shared faith, learning from each other’s backgrounds and recognizing what is important to the other. MacRae said, “As long as we both believe in Jesus and God and stuff like that, we’re confident about our relationship, and we have talked about compromise.”