Calvin’s podcasting community is on the rise 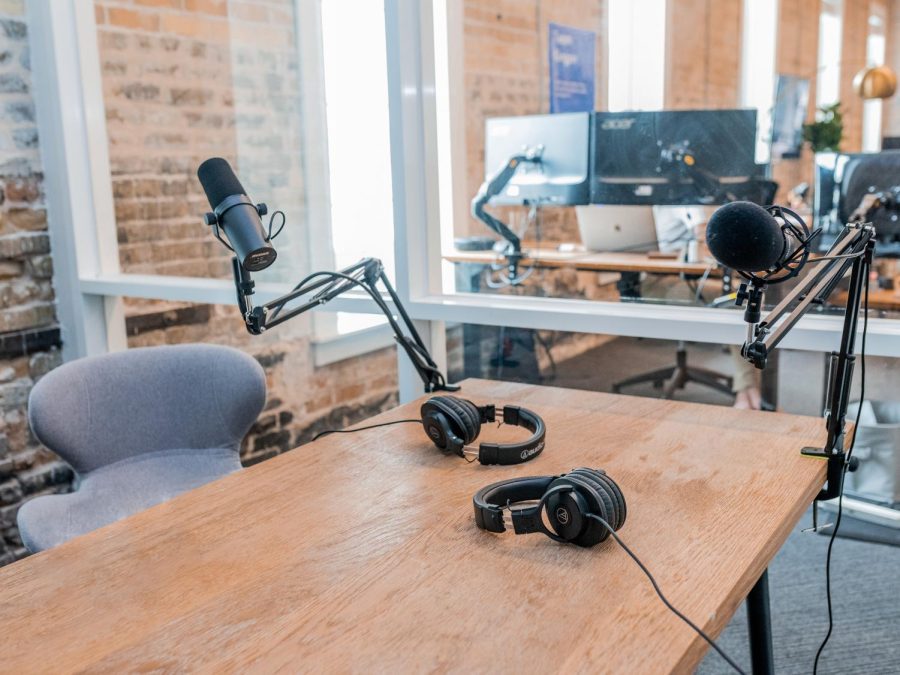 Podcasting has served as a creative medium for the Calvin community.

For Calvin faculty, students and alumni, podcasts are quickly becoming one of the best ways to share information and spread a message.

According to Micah Watson, executive director of the Paul Henry Institute, podcasts can help promote respectful conversations about difficult and complicated issues. Watson runs his own podcast for the Henry Institute called “Henry Conversations.” Through the podcast, he explores the institute’s mission of discussing ideas about justice and the intersection between faith and life.

“When you think about agreeing and disagreeing, I think podcasts offer a healthy way to do that with each other,” he said. “It’s important to learn and practice talking about things that we disagree about. Podcasts are a medium that facilitate and cultivate that type of conversation.”

The Kuyers Institution for Christian Learning and Teaching, which studies pedagogy from a Christian perspective, also runs a podcast. “Faith in Teaching,” discusses the similarities and differences of Christian education around the world.

“We started this shortly before COVID and I was able to travel around the world interviewing,” said David Smith, professor in the education department and director of the Kuyers Institute. “There’s a lot of shared questions across countries, like what does Christian schooling look like, but also cultural distinctions.”

Debra Rienstra, a professor in the English department, got started in podcasting through a summer experiment to make faculty academic scholarship more publicly accessible. Alongside a few colleagues of other departments and students, Rienstra began her podcast, “Refugia: A Podcast about Renewal,” about the concept of refugia, a biological concept describing little places in an ecosystem that survive a crisis. “I used this as a metaphor to think about how that represents culture, specifically the church phenomenon,” she said. Over the course of her two seasons, Rienstra has interviewed mostly Calvin professors and alumni across academic disciplines about acting on cultural refugia.

A lot of work occurs behind the scenes of podcasts. Before every interview, there is a great deal of research put in. According to Watson, the host needs to heavily research the work of whoever they’re interviewing. “There’s a lot of prep involved to come up with good questions for the conversation,” he said.

Recent Calvin graduate and former student body president Claire Murashima is currently a freelancer for the NPR “How I Built This” podcast, a weekly show by Guy Raz, who talks with entrepreneurs and innovators about their ideas. “I get my assignments months in advance, which gives me a lot of time to be thorough and do the best research I can do. It’s more evergreen,” she said.

Sam Tuit, another recent graduate, gained experience in audio and editing while at Calvin. Alongside Murashima, Tuit worked on the “Knightly” podcast for Chimes in the 2020-2021 school year. He also worked alongside Watson as the sound engineer for “Henry Conversations.” “Editing is hard because there’s different people every time that you have to work with,” he said. “You really want to authentically capture a person’s voice but it’s difficult with filler words and pauses that come naturally in speaking that you don’t want to hear on a podcast.”

Even though podcasts are a great deal of work, those involved enjoy it. Tuit co-hosts “Serious Business” with fellow Calvin alums Sam Koster and Bastian Bouman, in which they analyze pieces of web fiction. “It’s really just an excuse for us to get together, hang out and have fun with each other,” he said. “If others enjoy what we’re doing too, that’s great!”

According to Watson, the outlet gives him the opportunity to take topics he’s passionate about and discuss them with a broader audience. “I want to put out something that’s interesting and good, something that I would want to listen to,” he said.

One perk about podcasts is that they’re easily accessible: they’re convenient, they’re interesting and they’re great to put on in the background. Although he admitted he’s not an expert on the subject, Smith speculated that we have become a culture that needs to be doing something media-related constantly. Podcasts offer a way to do that while simultaneously educating audiences.

Podcasts offer a great way to just simply listen and learn in a different way than through conversations, according to Murashima. “One of my mentors Eric Nykamp used to say, ‘there’s no ability for you to speak or argue [with podcasts],’” she said. “‘But if you hold your tongue your concerns might be addressed and you’ll see the issue as being bigger than you initially thought.’”