Triathlon and football: Why Calvin has one and not the other 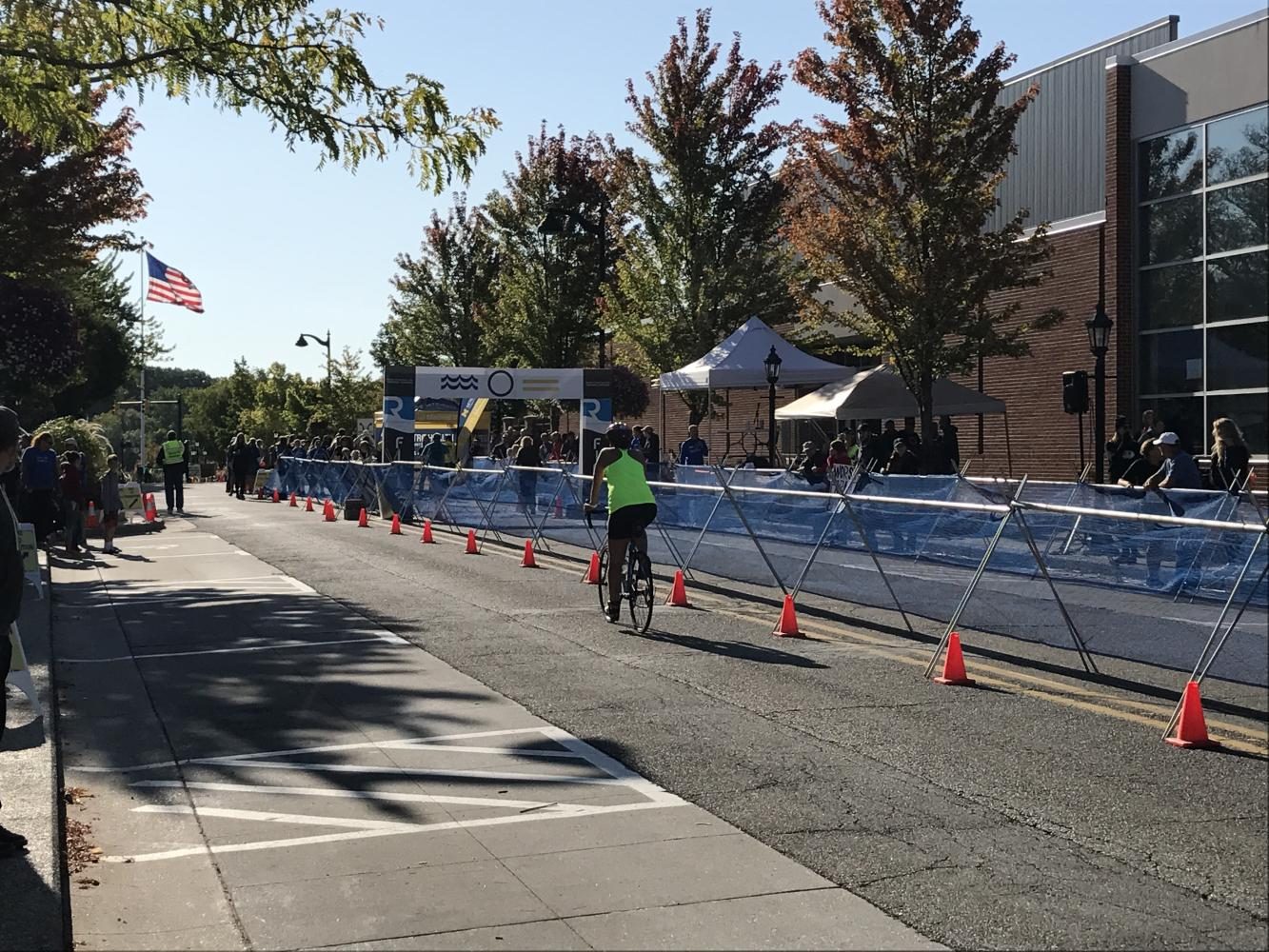 A triathlete completing the cycling leg of her race.

In 2018, Calvin was the first school in Michigan at the NCAA Division III level, and the tenth at that level nationwide, to add women’s triathlon as a varsity sport. And yet, Calvin doesn’t have a team that plays the iconic, all-American sport of football. Why?

Four factors determine the fate of a sports team at Calvin: return on investment, Title IX fund allocation and Calvin’s mission and history –– rather unromantic terms, perhaps, but significant nonetheless. The presence of Calvin’s triathlon team and the absence of a Calvin football team illustrate how administrators decide which sports to offer.

James Timmer, director of athletics, told Chimes that Calvin started a triathlon team largely because of the addition of the university’s second hockey team. The additional hockey team caused the athletic gender balance at Calvin to skew towards men. To stay in line with Title IX, a federal civil rights law passed in 1972 to ensure federal funds were allocated equally among the sexes, Calvin needed more female athletes.

History has a much greater role to play in the absence of a Calvin football team. In the ‘70s and ‘80s, Calvin was dependent on Christian feeder schools in the area that historically didn’t often offer football as a high school sport. Additionally, with the relatively high student body growth at Calvin in the ‘70s, the university didn’t need football to encourage student enrollment, even though the MIAA rival, Hope College, has carried a team since the early 1900s.

Today, considerations of return on investment through increased enrollment are an important part of sports decisions in small colleges. Though Calvin has not explicitly used sports as a significant enrollment driver, student athletes make up a significant portion of the student body. Timmer noted that as the total population of the college has gone down, the number of athletes has stayed consistent.

To establish a Calvin football team today, the idea would have to pass muster in the Athletics Committee, which is made up of cabinet members, faculty representatives, the provost and the athletic director. This committee oversees Calvin’s athletic portfolio. In other words, it manages the teams the colleges have and their budgets.

The Athletics Committee asks questions about the university’s return on investment, like: What are the upfront costs of adding a football team? Will those costs be offset by an increase in enrollment? Would the school have to fly players to distant competitions? They’d have to consider adding another women’s sport to abide by Title IX. Missional considerations are also important. For example, most bowling competitions are on Sundays. Timmer says Calvin athletes “don’t play or practice on Sunday,” which means that bowling would not align with Calvin’s mission. Timmer said, “there’s a formula, there’s a process we go through,” to decide which sports will be played on Calvin’s campus.

For the time being, two new sports are currently under committee review, according to Timmer. Men’s volleyball and women’s hockey could be the next sports introduced to campus.