As seasons wrap up, both hockey teams aim for success and growth 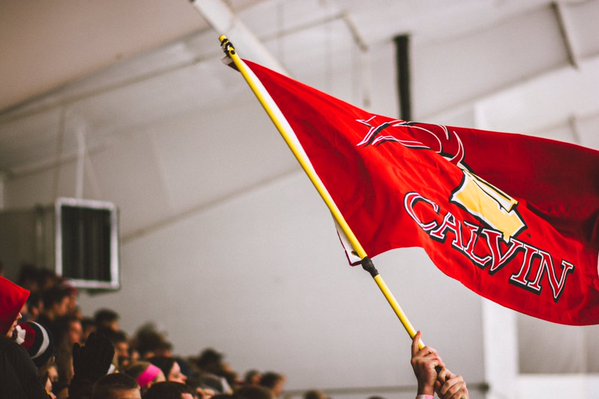 Out of 158 DIII hockey teams and 59 DI hockey teams, there are none like Calvin’s program. After almost 50 years of hockey, both Calvin’s DI and DIII programs are still going strong, looking to do more than just win trophies and titles.

Calvin’s hockey program has been around since 1973. Since then, it has achieved much. Calvin’s original DIII team was moved up to DI in 2017. This left their JV team to become the new DIII team. Since then, Calvin’s hockey teams have only continued to grow. In 2020, the DI team ranked 17th in the nation, which was a high enough ranking to take them to the Division I National Championships. Now at the end of their 49th season, they continue to fight to be their best.

Mike Petrusma has been head coach for 26 seasons at Calvin University, coaching the DIII team before the DI team existed. When asked about the differences between the two programs, Petrusma said, “the biggest difference between the two levels is the age and that translates to size and strength.” According to Petrusma, many of Calvin’s DI players have originated from junior hockey, which is where players can play for a couple of years after turning 18. Meanwhile, most of the DIII players come from their own high school teams. “There are exceptions to both,” Petrusma said, “Over the past number of seasons we have had guys move from our DIII team to our DI team as they have progressed as players.”

“The best thing about my team is the culture,” Josiah Carter, who transferred from John Carroll University in 2020 to play on Calvin’s DI team said. “I have played on a lot of hockey teams in the 17 years I have been skating and compared to them, the difference I have found here is staggering.” According to Carter, Calvin’s hockey program’s significant focus is “on developing young men of character and integrity” and a community that encourages the team “to be accountable to ourselves and to one another” makes the team “a stronger and cohesive unit.”

According to Petrusma and Carter, both of Calvin’s teams have many strengths, including strong, supportive cultures. “While it’s certainly not perfect each and every day, it is something we strive for. We strive to compete, trust each other, support one another, celebrate, hold each other accountable, and take pride in our work ethic and dedication.” Each team has practices that can start earlier than 6 a.m. each day for 26 weeks to ensure they are prepared for any game on the ice. Each practice consists of an hour on the ice and then an hour workout off the ice. It is dedication like this, according to Petrusma, that prepares the team for the games ahead.

“Every team has good players so we don’t necessarily consider one game more important than the other,” Petrusma said. “If we do, we will lack consistency over the course of the season.” Petrusma’s tactic to improve his team’s strength is to communicate with his players to better understand their strengths and weaknesses. This way, he can not only build a better relationship with the team, but he can also be able to help every player improve.

Both teams are working to do more than just win trophies. “Our goal for the season is to have our players buy into the process and playing the game the right way,” Coach Petrusma said. “We don’t talk a lot about winning and losing but we concentrate on developing consistency in our mental and physical preparation. If we do that well the winning and losing takes care of itself.”

Petrusma appreciates both teams’ loyal fans: “We have very loyal fans and our players certainly appreciate the support they get from their classmates”