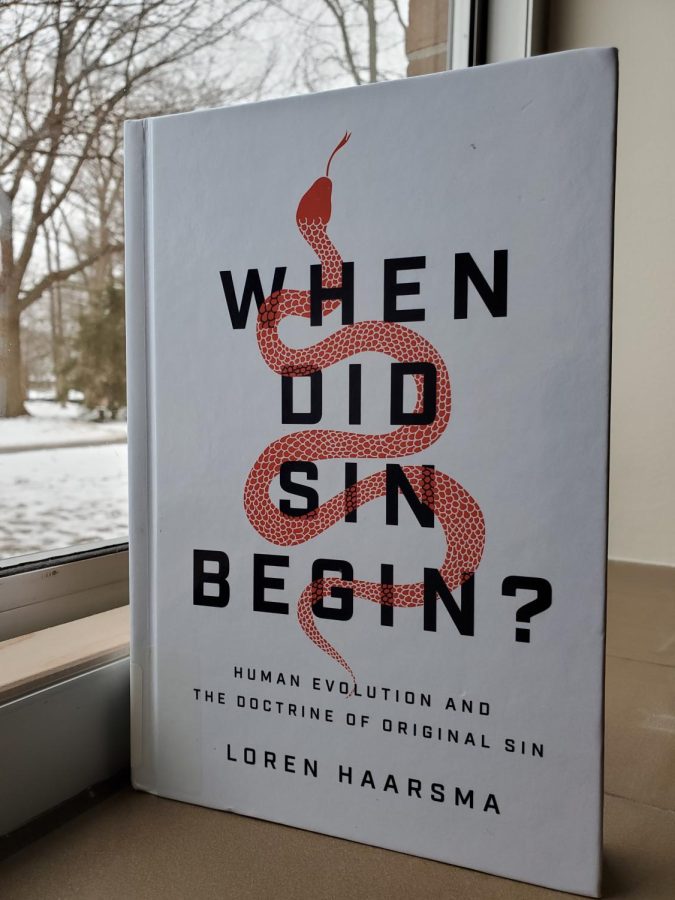 Dr. Haarsma published a book entitled, "When Did Sin Begin?" in August 2021.

“Some people are called to do science … they have to see how to put [science and faith] together,” associate professor of physics and astronomy Loren Haarsma told Chimes, when asked why he wrote “When Did Sin Begin? Human Evolution and the Doctrine of Original Sin.”

The book focuses on different understandings theistic evolutionists have of the early chapters of Genesis. Through a plethora of research and consultations with theologians and Christian scientists, Haarsma formulated four main scenarios reconciling evolutionary human origins with the doctrine of original sin. “One of the things Haarsma’s book does is it shows us how many different ways there are to answer the questions,” Ryan Bebej, associate professor of biology, said. Bebej was one of several collaborators on the book.

According to Bebej, without this conscious effort to reconcile science and faith and correct misconceptions about how the two interact, evolutionary science can be a barrier to faith. From his own observations, both people who grow up in the church and people who might be considering faith may reject Christianity because an old earth can seem incompatible with the Christian faith.

According to Haarsma, part of this seeming inconsistency is because of the church’s historical understanding of the doctrine of original sin. “Many Christians perceive dissonance between the theology of original sin and modern scientific theories of human evolution,” he wrote in the introduction of “When Did Sin Begin.” According to Haarsma, harmony between the two is possible.

Young-earth creationist Paul Dick is skeptical about Haarsma’s alleged harmony between faith and evolutionary science. “Science has to be verifiable. You have to be there, you have to observe it. Origins are not science, they are hypotheses.”

Junior Fisher Pham, head of the Science and Religion Forum, a club here on campus that initiates conversations about science and faith, has seen division regarding this controversial issue firsthand. “I’ve seen a growing number of people on campus who seem to … just not even [be] open to the discussion of talking with people who you disagree with, and I think that’s really bad for the church [and] this institution.”

“When Did Sin Begin?” argues that as Christians, we are all commanded to not bear false witness; therefore, when there is reasonable doubt, we must assume the best of Christians who disagree with us. And Haarsma maintains controversy has an upside: “The church is ultimately better off having gone through the discussion and … come to realize a better interpretation of Scripture.”