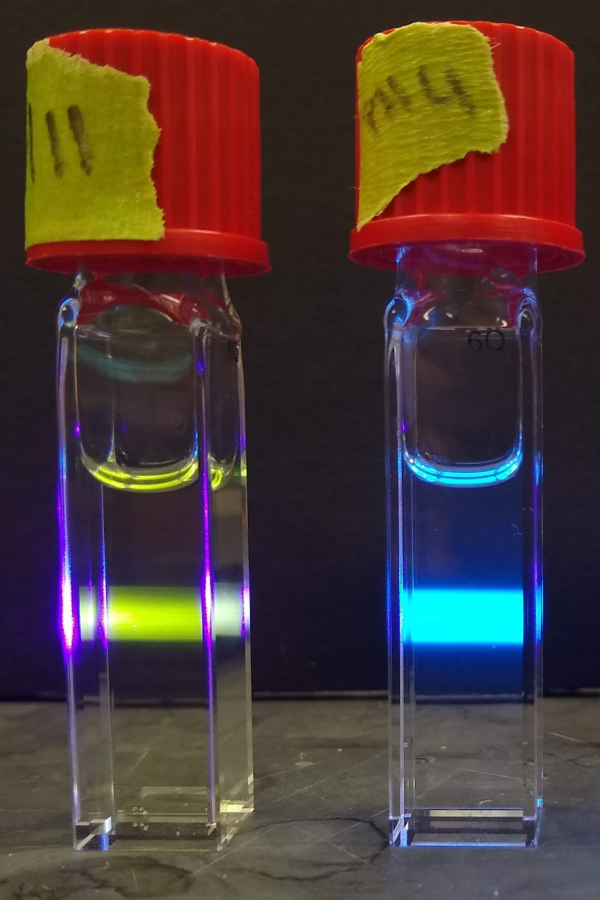 In a stroke of what chemistry professor Mark Muyskens described as “serendipity” this summer, he and his summer research group synthesized a brand-new, unique molecule of coumarin, an organic compound usually found in plants. Following a naming competition held by the Calvin STEM ambassadors on Instagram, Muyskens and his group chose the name “Knightletin” for the new synthetic compound.

The coumarin compound led to a paper published in the Journal of Fluorescence. Muyskens and his group subsequently decided to study a similar compound with a substitution of two alcohol groups in different positions, in order to study whether its properties were similar with the previous compound. As this latter compound was expensive to purchase, Muyskens asked retired Calvin chemistry professor Ronald Blankespoor to synthesize the compound using tools in Calvin’s labs. During the synthesis experiments, Blankespoor serendipitously synthesized Knightletin as a side product. Realizing that this was a compound that had never before been synthesized or studied, the Muysken lab decided to focus research on their new discovery instead.

The fluorescent properties of coumarin compounds, and Knightletin in particular, is one of the lab’s primary research focuses. Muyskens has also used Knightletin as a tool in his chemistry classes, giving students hands-on experience in analyzing a novel molecule with unknown properties.

Students in Muyskens’ class experimented with Knightletin at different pH levels and found that it emitted different colored fluorescent light at different levels. This correlation, Muyskens said, will also be one of the research focuses moving forward.

“I think we’ll get some interesting studies on it, and we plan to focus on studying its properties next year and for the summer,” Muyskens said. The chemistry professor also told Chimes that a paper specifically on Knightletin is in the works, and will become the first study on Knightletin when published.