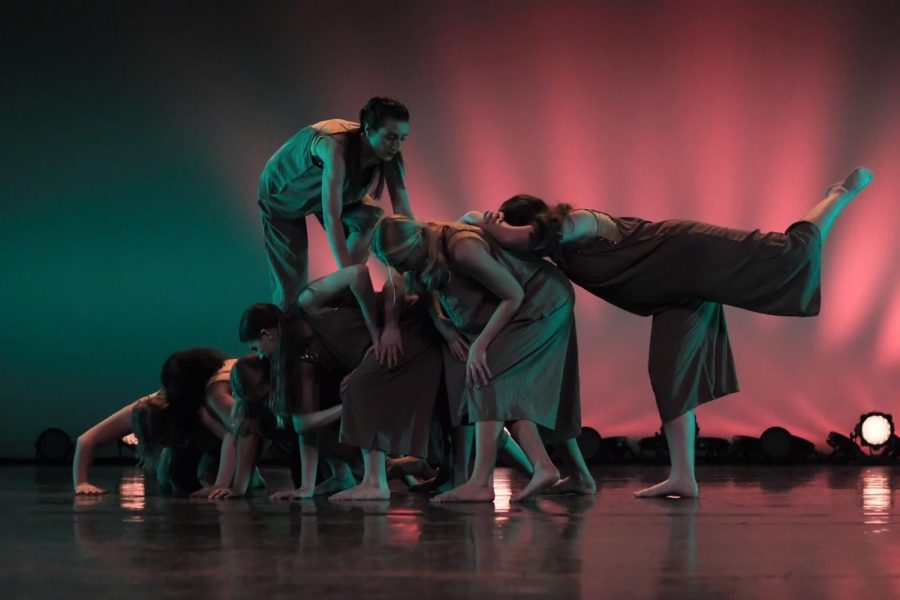 It’s been two years since Dance Guild, Calvin’s largest student organization, had a standard performance. Needless to say, a lot has changed on campus since then.

Their last major performance came at the end of the 2019 fall semester. In the following years, the organization endured the elimination of the dance minor and the multifaceted challenges presented by COVID-19. DG leadership persevered in spite of these difficulties, planning to return to stage on Nov. 19 and 20 with a bang and commemorate 50 years of dance at Calvin.

“The dance minor served as a bedrock for Dance Guild in providing a deeper understanding of the rich significance of art and the meaning and culture of dance,” Vander Well-Pegman said in an interview with the Calvin marketing department. “The dance minor played a pivotal role in developing strong and informed leaders that historically served on the Dance Guild leadership team. This is an incredible loss for dance at Calvin.”

“Now we are facing issues with tech support due to budget cuts, which could significantly jeopardize our ability to function as an organization,” Vander Well-Pegman said.

“The performance next week will absolutely celebrate the legacy of this organization. However, it wouldn’t be right to ignore the reality the organization is facing right now,” she added.

In addition to program cuts and thinning budgets, COVID has presented several challenges for the organization.

Senior Blake Winslow is in her third year in a leadership role on DG, where she’s been involved since the beginning of freshman year. She recalled that when COVID hit in the spring of 2020, students were sent home just weeks before DG’s end-of-semester performance.

“The shows would have been in the middle of April,” Winslow said, noting that students left campus in March. “Most of us were done if not close to done.”

Although students came back to campus in the fall of 2020, DG remained entirely virtual. Senior Anneke Avery is in her second year of leadership and remembers her disappointment. “All we wanted to do was be together,” she said.

Last spring DG should have celebrated its 50th anniversary, but COVID restrictions prevented a large, indoor performance. Instead, the group performed a flash mob on Commons Lawn. Avery thinks that the delayed celebration will only make this show an even bigger event.

“This is the first time we’re able to celebrate it,” Avery said. “I expect there to be high energy for this performance.”

Junior Taylor LaCombe has been involved since her freshman year and joined leadership this year. She was grateful for the opportunity to perform last spring, but is ready for a normal, indoor performance.

“It was fun doing the flash mob and getting to do something,” LaCombe said. “But we’re all very excited to be back on stage performing.”

This year’s performance will feature funk, hip-hop, ballet and more, including the group’s very first disco-themed dance. “There’s 20 different dances and they should all be very good,” Avery said.

“The guys’ funk piece has a cool costuming situation — I can’t say any more. There’s lots of little ways that choreographers are celebrating the 50th,” Winslow said.

But they’re not the only ones who are getting excited for the show. In his “This Square Inch” update email sent on Nov. 9, President Le Roy advertised the performance with enthusiasm.

“This year, Dance Guild celebrates its 50th anniversary, and yet again they have sold out their two performances this November,” Le Roy wrote.

However, DG leadership reports that neither of the shows have sold out yet. Students can still buy tickets.

“They’re not sold out as of now, but people should get their tickets soon,” Avery said.  “You will regret it if you don’t go.”