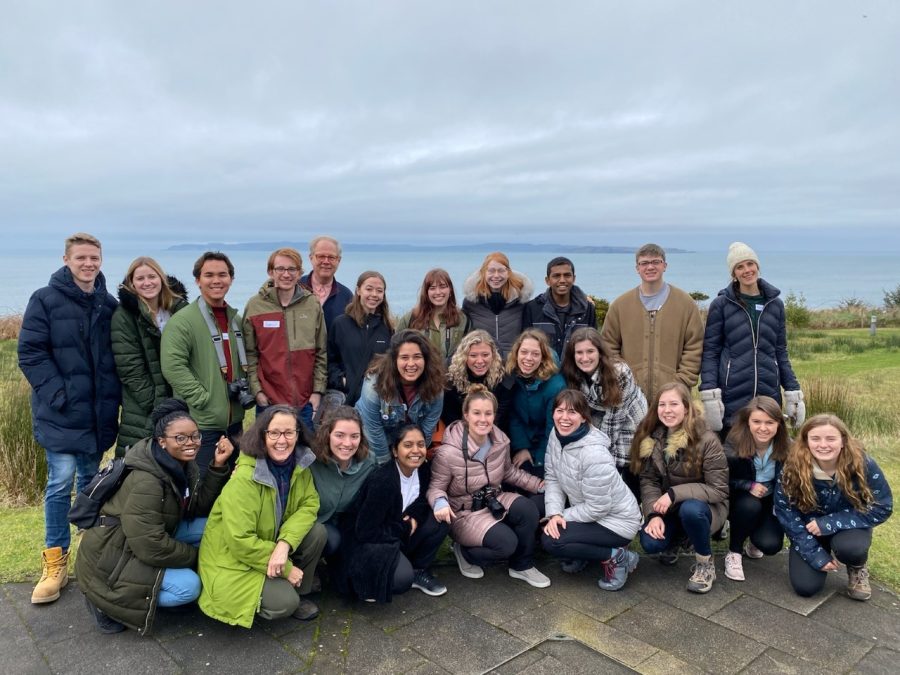 Artist Collaborative students will now have cohort experiences more spread throughout their time in the program.

Amid Calvin’s first wave of major cuts in 2013, arts faculty formed an unofficial council on their own time to discuss the future of the arts at the university.

“Part of our thinking was [that] under the pressure of cutbacks, we were concerned that we would lose the capability of doing art well,” said music professor Timothy Steele, who co-chaired the council with Professor Emerita Jo-Ann VanReeuwyk. The group met with members of administration, hired an independent consultant and worked with admissions staff. Eventually, this work led to the Artist Collaborative, a cohort learning community and admissions program designed to create space for arts-interested students.

“It’s been enormously successful, way beyond any of our expectations,” Steele said. For the seven years since, the AC has attracted students and fostered an arts-based community on campus. And starting in the fall of 2022, the program will be getting an update.

The name will change to become more in line with the AC experience. Rather than being the Artist Collaborative, which implies an association with visual art exclusively, the program will  now be called the Arts Collective. The new name captures a wider array of arts and more accurately depicts what the group is, according to Manni-Pohler. Conveniently, the same acronym can be used for both the old and new names.

Students in the cohort will take one class together each semester of their freshman and sophomore years, including Core 100 and visual culture. This gives them a chance to spend more time with the group than the previous iteration’s two classes.

Another shift is that AC students will go on several domestic trips rather than one international trip. While the international trip has been a draw for the program, students have wished that there were more AC opportunities throughout the year, according to Manni-Pohler.

Contrary to how it may appear, the shift to several domestic trips instead of one international trip is not a result of budget constraints. Rather, it’s an effort to use AC funds more evenly throughout the year, according to Manni-Pohler.

To boost involvement, students will also now be required to attend four local field trips, four on-campus AC events and four on-campus arts events like concerts and film screenings during their two years in the program. In addition, they will be required to be members of an arts-based student organization for two semesters, a broadly defined category including Chimes, Dialogue, music ensembles, Dance Guild and more.

“Arts Collective just sounds better from a marketing standpoint,” said senior Chinese major Samuel Jackson about the update. Jackson valued his time in the cohort, emphasizing that the international trip component was a highlight.

Senior film and writing major Carlisle Patete said the cohort gave her lasting friendships and a community with which to learn about restorative justice and reconciliation. “I think that in light of Calvin cutting a lot of its arts programs, now is the time that AC should be viewed as important,” she said.

The AC has benefited from both the financial support of the enrollment division and the marketing and recruitment support from admissions. However, Manni-Pohler noted that the program has experienced some strain from current institutional conditions.

“Calvin’s current climate does not allow faculty much freedom to even explore the possibility of teaching a course outside what’s needed from them — which, right now, is a lot,” said Manni-Pohler. “The AC program feels this crunch, because while there may be faculty who are interested [in teaching] a cross-disciplinary arts course, there is such a squeeze on them to teach for their departments’ own major or minor program requirements.”