Sports analogies in political science: A slam dunk or strikeout? 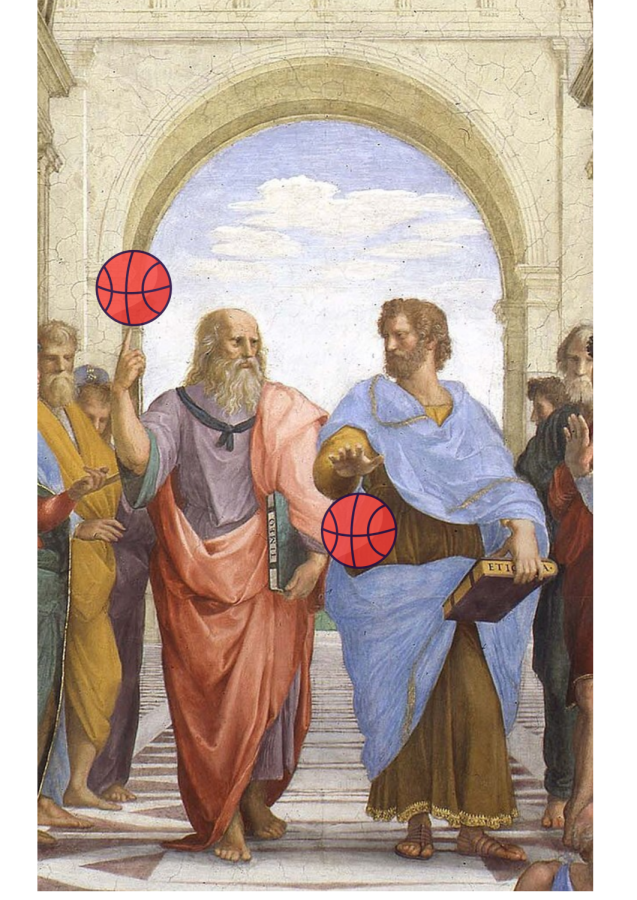 During this age of political polarization and tribalism, politics can often look like sports, with loyal party members gunning for their team to win the championship. This relationship between sports and politics occasionally enters the political science classroom as professors use sports references to explain modern politics, bring ancient philosophers to life and engage students in new ways.

“To some extent it’s connected to my discipline,” Koopman said. “It’s Republicans versus Democrats. It’s a competitive experience.”

Like many Michigan natives, Koopman is a die-hard fan of the Detroit Lions, a team that he calls “universally sad.” Koopman’s fandom, along with his experience playing football in college, means bringing up football and the Lions in class is inevitable.

Koopman also uses sports analogies in class to demonstrate values of teamwork, something he said is not necessarily exclusive to sports.

“Values of cooperation and teamwork and sacrificing for the good of the whole is also true in musical performance or theatrical performance,” Koopman said. “I just don’t have experience in those things.”

Koopman’s colleague in the political science department, Professor Micah Watson, also likes to bring up sports in his classes in order to bring the content to life for his students.

“One of the main areas I’ve used sports metaphors is talking about Aristotle and how he learned,” Watson said.

Watson compared Aristotle’s understanding of learning to do virtuous things to a jump shot — though it may feel unnatural at first, eventually it becomes second nature.

According to Madeline Pluimer, a sophomore majoring in political science who has had both professors for class, sports analogies add positively to classes.

“They work for me because I like the sports they talk about,” Pluimer said. “Koopman usually talks about football and I love football, so I can usually picture the part of the game he’s talking about.”

However, she acknowledged that the analogies may be more helpful for her than for her classmates. “There’s a couple students in my class that don’t watch football at all,” Pluimer said. “They’re just used to [Koopman] bringing it up now but it’s not super engaging for them.”

“I was in class and he was trying to make a point about the usefulness of a system. He asked me to create a football team,” De Man said. “I thought he was looking for characteristics like athletic, hardworking … I didn’t realize until later on that he was looking for things like players and referees — all these systematic things I know nothing about.”

Although De Man used to dance, she didn’t play team sports and the analogy was lost on her. Ultimately, though, De Man didn’t see the flubbed analogy as that big of a deal.

“I understood what he was trying to get at,” De Man said. “It definitely created some laughter in the class, which was okay.”

One isolated incident isn’t enough to sour De Man on the use of sports analogies in teaching. However, she notes that if professors only relate class material to sports, it may eventually become a problem for some students.

“I think it depends on how frequent it is,” De Man said. “I could see how it would disqualify students from being able to participate well. For me, it just depends on the frequency.”

Professor Watson, though he doesn’t saturate his classes with sports pedagogy, defended sports’ usefulness in the classroom, arguing that any student should be able to handle a sports reference every now and then.

After all, Watson noted, even the Apostle Paul made use of sports metaphors in his writing. “I run the race to win,” said Watson, quoting 1 Corinthians 9:24.

“If you don’t like what the Apostle Paul says, I don’t know what to do for you,” Watson said.