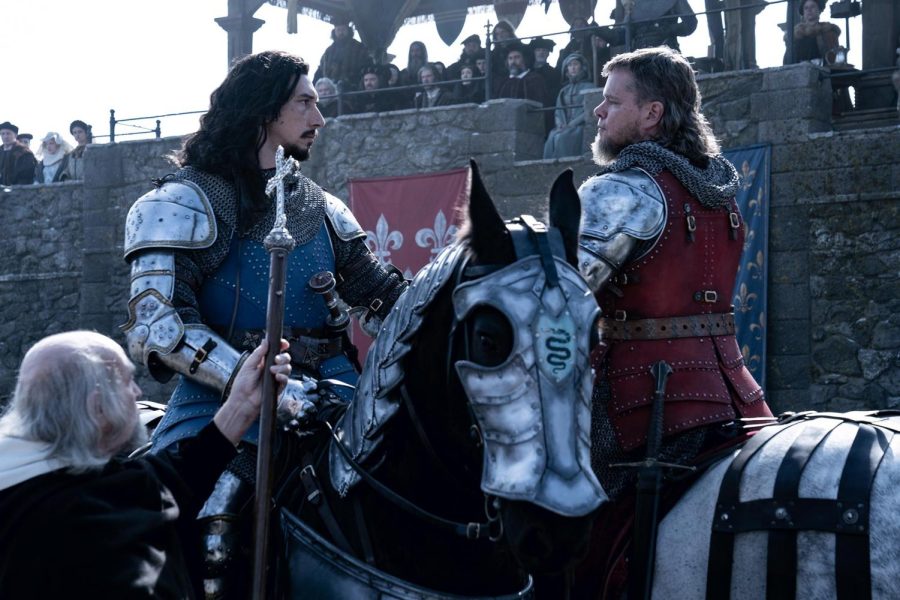 "The Last Duel" is a #MeToo story from the brutal world of medieval France.

It’s not everyday that a blockbuster based on a Calvin alumnus’ book hits theaters nationwide. “The Last Duel,” adapted from 1979 graduate Eric Jager’s historical true-crime tale, is set in 14th century France and involves knights, squires, maidens and kings. Jager is an American literary critic and specialist in medieval literature, and it shows. The film centers on Sir Jean de Carrouges, a respected knight, and Jacques le Gris, a noble squire, who are sort of frenemies. While Jean is away in Scotland for battle, Jacques viciously assaults Jean’s wife, Marguerite. Jean takes the incident to court and the two men agree to duel to the death in order to prove whether Marguerite is telling the truth. This thriller is directed by Ridley Scott, whose iconic works include “Alien,” “Blade Runner,” “Gladiator” and “The Martian.” His expertise is evident on screen, as the story is told with painful authenticity.

“The Last Duel” deserves praise for its historical accuracy and depiction of life in medieval France, as its set and script bring this true story to life again, hundreds of years later. The movie is uniquely divided into a four-part, multiple-perspective structure which constantly changes the viewer’s feelings toward each character. The genius of this structure is that it doesn’t reveal who the true protagonist is until the end. It forces viewers to continuously reevaluate their own perspective. The viewer is drawn to Jean, then Jacques and finally, Marguerite. The story is truly about her courage to stand up and speak out against her rapist, risking her life in the process. Conversations with other female characters throughout Marguerite’s account reveal the unfortunate truth that rape was incredibly common in medieval France, and rarely ever spoken about. “The Last Duel” provides a window into the horrors that women had to endure on a regular basis during medieval times.

This story is especially harrowing because of its true origins. It’s rightfully rated R, as the scenes of violence, sex and assault are graphic. It is not a feel-good movie, but still exceptionally well done. It’s worth the watch for those intrigued by medieval France, women’s history or true crime. It is the type of movie that is uncomfortable — and sometimes painful — to watch, but can certainly be appreciated afterwards. Marguerite was a survivor and an inspiration for standing up for herself in a society that did not grant her the same rights as her attacker. Her story provides important insights about why other women did not speak up back then, and why there is still stigma around it today. Marguerite became one of the first women to stand up, and every time a woman tells her story, she makes it easier for the next woman to do the same.