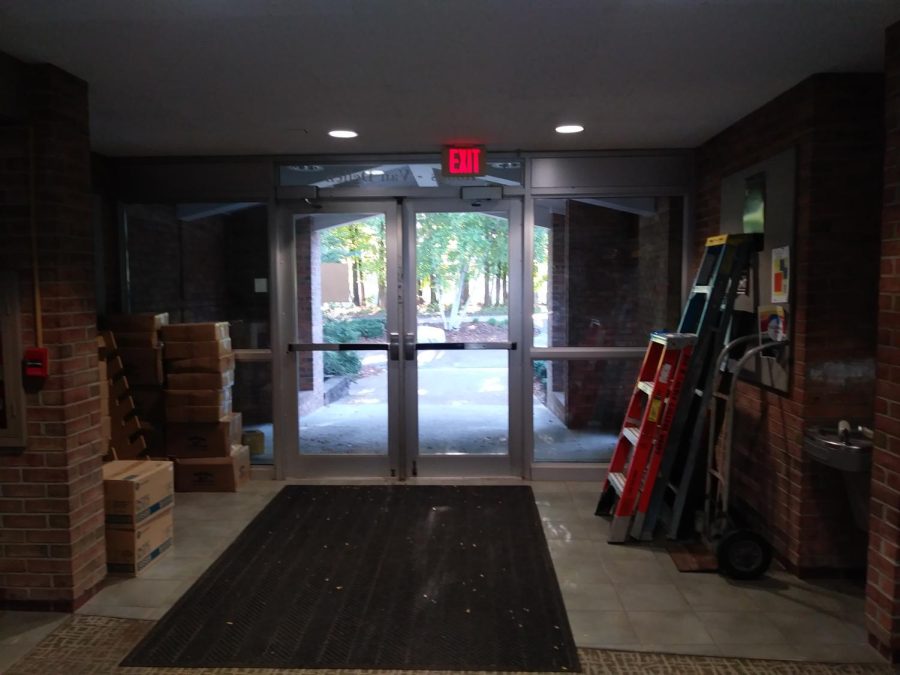 Every year, a residence hall undergoes renovations while it’s empty over the summer. This year that dorm was Rooks-Van Dellen, but for the first time ever, Sept. 1 came and went as renovations continued. Due to reduced staff capacity, facilities staff weren’t able to dedicate as much time to the renovations as would usually be the case and this, coupled with supply-chain issues, meant the dorm did not receive an occupancy permit until Oct. 12.

“We were able to slow the pace a bit during the summer, given that there wouldn’t be a need to have the whole building ready by September,” Director of College Housing and Operations Jay Wise told Chimes. “With the Facilities department undergoing a change, it was also a good summer to make that a lower priority.”

RVD was originally scheduled to be shuttered and renovated during the 2020-2021 school year. Due to COVID, however, the dorm took on a new role as a space for housing quarantined and COVID-positive students. The plan for this year was to have one or two floors continue serving that purpose, Wise told Chimes, “But while we waited for the final inspection process, we used empty suites scattered around campus, and this proved to be sufficient for the number of cases we’ve had … we would normally have preferred to put positive COVID cases in an isolated hall, rather than in empty suites. That said, we know that both options can be done safely, and the affected students were accommodated well.”

Summer work included re-carpeting stairways and halls, installing new lighting, painting, new mattresses, door locks and bathroom upgrades, as well as the fire suppression system. According to Director of Facilities Russell Bray, Calvin has an agreement with the state of Michigan to install fire suppression systems in one dorm per year over the course of seven years; now in the sixth year of that agreement, only KHvR still lacks one.

According to Wise, an issue with the installation of the fire suppression system in RVD delayed completion of the residence hall’s renovations. Staff learned late in the summer that the current fire panel, a control system designed to choreograph various fire-related responses throughout a building, would not pass inspection. Supply-chain issues made it difficult to acquire a new panel, which delayed the acquisition of an occupancy permit. The issue has been resolved and RVD is now cleared for occupancy.

Reduced staffing also slowed the process. “We didn’t fully know how many people would transition [to National], how many would leave,” Bray told Chimes regarding the changes made to facilities over the summer. Ultimately, more than 50 percent of facilities staff did not transition to National Management Resources Corporation and no longer work at Calvin.

“We used more outside contractors than we normally would to make sure high priority projects got done,” according to Bray, but some staff who chose not to transition stuck around as independent contractors: “We’re really appreciative of those people,” Bray said.

The Van Dellen side of the dorm is now complete, and can accommodate quarantined students if necessary. The Rooks side, according to Bray, is still in need of renovations to sinks, countertops, doors and carpeting.