A24’s “Lamb” challenges the boundary between human and animal 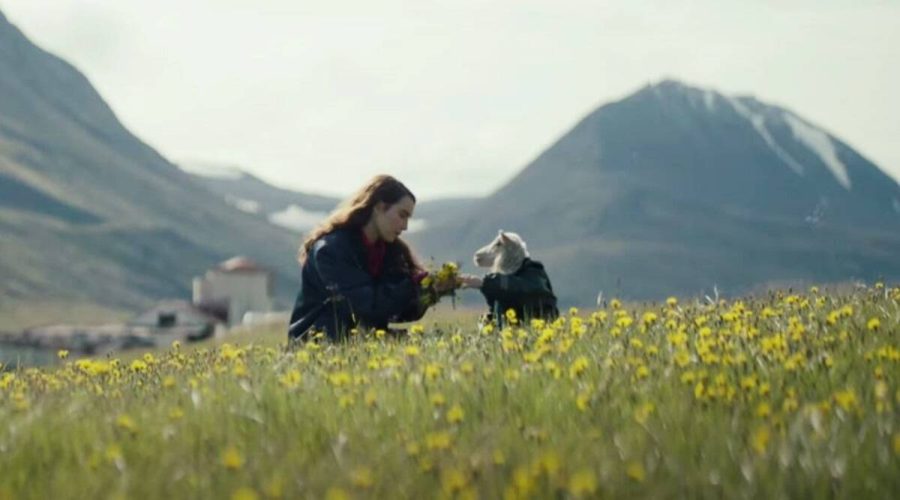 The Icelandic film adds to the studio's reputation for arthouse horror — but it defies the label.

Valdimar Jóhannsson and A24’s “Lamb” is never what you would expect it to be, even when you are watching the film. While an internet search or trailer viewing might suggest horror or fantasy, it refuses to adhere to the common standards of either genre’s labels, somehow weaving both together in a way that frankly feels like neither. It occupies that strange place between surreal and truly fantastic, capturing the same brooding energy as the uncensored versions of Grimm’s fairy tales while adding a warm intimacy.

“Lamb” centers on married couple Mariá and Ingvar, played phenomenally by Noomi Rapace and Hilmir Snær ​​Guðnason respectively, who enjoy a quiet and secluded life on their sheep farm in Iceland. When a strange foal is born on their farm, Mariá and Ingvar take it in and raise it as their own, unknowingly drawing the ire of the local fauna.

If that sounds a little weird and vague, that’s because it is. “Lamb” is a deeply nuanced film, thoughtfully balancing the weird with the beautiful for a narrative that is softly haunting. It tactfully draws the audience in with well-paced revelations of strangeness that border on absurd, all while never leaning on the standard slow-burn methods of shock or gratuitous violence. This approach only works because the film grounds itself in sweeping wide shots of the Icelandic countryside and warm vignettes of an intimate marriage.

The oddities within “Lamb” stand starkly in contrast with the simple and inviting comfort of Mariá and Ingvar’s relationship and the breathtaking beauty of their surroundings. The film clearly builds, slowly and carefully mounting a series of lovely moments and strange interactions into a sudden and emotional climax that galvanizes the story into a complicated and thought-provoking surreality.

Some may find it hard to stay engaged with “Lamb.” It moves slowly and smoothly, taking long moments to linger on faces and drink in landscapes. Despite wonderful and honest performances from its leads, for much of the film, it can be difficult to feel like you have a strong handle on the emotional ties and histories between characters, or to fully understand the dynamics at play between animals and humans.

However, those who extend the patience and openness the film requires will be rewarded. Like all good fairy tales, “Lamb” has a hard moral question to offer amidst the odd, the intimate and the imaginative. While some may find themselves confused, baffled or disappointed by the film’s final moments, further thought and reflection will reveal an insightful discussion of the intersection between the human family and the animal world. “Lamb” requires patience and as little resistance as possible. Watch it if you’re looking for a gorgeously shot and thought-provoking fairy tale — and be sure to bring a friend to discuss it with.