“Walkman” sounds great on your iPhone, too 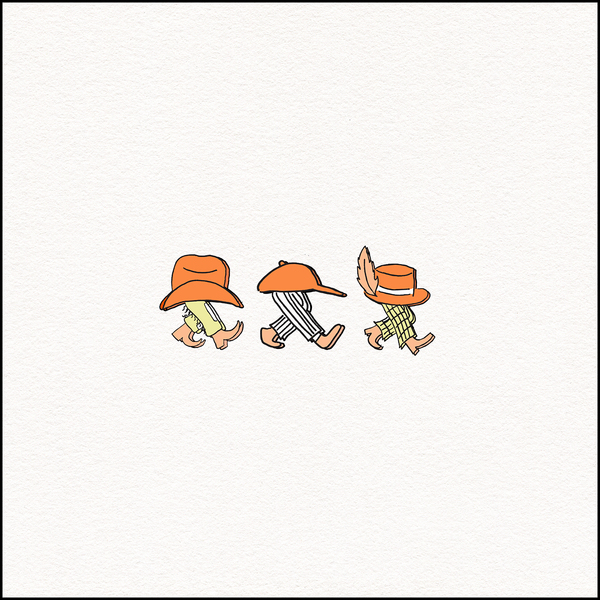 Bad Bad Hats aren’t, as you might imagine, a collection of garish accessories. Rather, they’re a female-led trio from Minneapolis. Defining their genre is notoriously difficult, and a valiant effort might result in something along the lines of “sunny indie folk pop rock.” But the label doesn’t matter. What matters is that their lyrics are piercingly earnest, their choruses infectious. And on Sept. 17, they dropped their third full-length album, “Walkman,” a work that chronicles love in all its messy stages — to incredible effect.

The album opens with its title track, a song about love in its purest form. “I get rich and I get poor,” sings Kerry Alexander, the band’s vocalist, “but loving you feels like the penthouse floor.” And she means it. Her tone is utterly guileless, almost childlike in its raw honesty; think Alison Sudol of A Fine Frenzy. “I hope you play this on your Walkman, baby,” Alexander sings, but the song is great on iPhones, too. It’s perfectly upbeat, the ideal song for walking.

“Milky Way,” too, is all sweetness, a glittering, nostalgic love song with strong instrumentals that thematically echoes Taylor Swift’s “Our Song” and “Enchanted.” “It’s just you and me spinning in the turnstile / 3 A.M. in the candy aisle,” sings Alexander.

Luckily, “Walkman” is anything but one note. And if “Milky Way” is, at times, a bit cloying, it’s tempered by songs that are far more melancholy. In “Quarter Past,” Alexander sings about the paralyzing desire to be wanted: “I’m not asking for forever / But I don’t want to be left out.” Although she knows this person isn’t the one, she can’t bring herself to leave.

“Only Static” deals with the same problem. “Can’t stand the thought of myself not taking enough space / Nobody’s books on my shelf,” Alexander says. And although she wants to move on, she’s haunted by reminders of this person.  “What do I do when I want you?” It’s an open question. Perhaps there’s no answer.

Or perhaps it’s answered by “Detroit Basketball,” the sunniest breakup anthem ever to grace Spotify. “I got over it,” Alexander sings simply, “and baby now I’m free.” Hope at last!

“Walkman” also tackles confidence — or the lack thereof. “Awkward Phase” is about someone who’s “forever in love but never been kissed,” who perpetually loves from afar. The song is refreshingly honest, rendered perfect by Alexander’s earnest, unaffected voice, and its most striking part is the bridge. “And I say, ‘I don’t deserve to be with someone like you,’” sings Alexander, “but I do — and I do — and I do!” She repeats it almost compulsively, as if she’s trying to convince herself. Her success? Doubtful. But there are moments of strength, too — like the chorus, in which Alexander’s demand of “hold me closer” is set off by a series of nasal, almost Courtney Love-esque “yeah”s.

In “Gloria Love” — a guitar-driven ballad and a strong contender for the album’s best song — she sings about adopting a new, more confident persona.  “Now I’ve got a new way of walking, but you’re not watching me / Why is everybody sitting on the fence when they could fall for me?” Still, though, the focus is ultimately on how everyone else perceives her.

The album closes on a more mature note with “Year of the Crab.” The song acknowledges that love is imperfect, worlds removed from the shiny, shallow giddiness of “Milky Way” — but it is, in the end, worth it: “Honey, I choose you every time.”

“Walkman,” then, is far from a one-dimensional portrayal of romance. It paints a picture of love — that beautiful, messy, bittersweet thing — that ultimately rings true. And although it’s not musically groundbreaking, the listening experience is delightful.

If you’d like to see Bad Bad Hats live, they’ll be performing at The Pyramid Scheme in Grand Rapids on Sunday, Nov. 7.