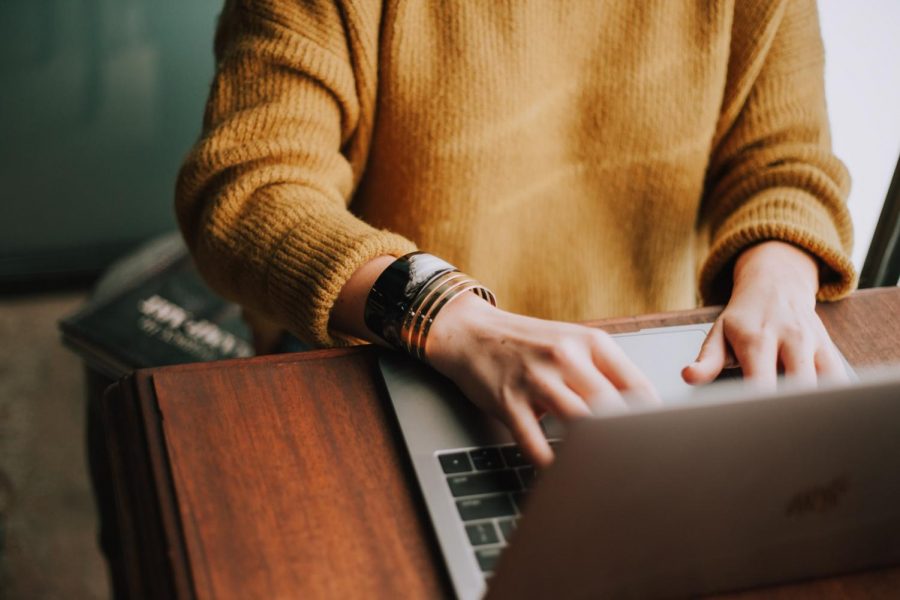 Professors are no longer required to record classes for students who are sick or quarantined.

Calvin is ready to return to in-person learning, but some students want the university to embrace hybrid learning as the new normal.

The COVID Response Team announced during their first town hall on Sept. 9 of the year that hybrid learning options would not be mandatory for all courses, but up to the discretion of professors.

The return to normalcy, however, has come at a cost. Because few professors continue to incorporate hybrid learning and other learning alternatives into their courses, a number of students have reportedly fallen behind in coursework due to illness-related absences.

This decision, according to CRT member Kelsey Colburn, was made in an effort to return Calvin to pre-pandemic normalcy in the classroom amidst high vaccination rates on campus.

“We know that for both students and faculty, hybrid learning became quite a burden on learning,” said Colburn, who serves as the COVID case manager for the CRT. “We want to be in person as much as humanly possible … we want to support both faculty and students.”

As of Aug. 25, 36 total COVID-19 cases have been reported on the university’s COVID-19 dashboard, with low current numbers for both active cases and quarantines. But cold and flu season is also ramping up.

“I understand that hybrid learning was designed for COVID-related scenarios, but as I’ve dealt with chronic illness and unexpected illnesses such as a cold or flu, it’s made learning much more accessible,” said Emery Alspaugh, a junior studying political science. Alspaugh was compelled to drop a Spanish course this year because he struggled to keep up without hybrid learning options during periods of chronic illness flare-ups.

Bringing a camera into the classroom is not as simple as one might expect. Colburn told Chimes the AV equipment has since been removed from classrooms. To reintroduce video technology into classrooms at the request of professors, they would have to go through a time-consuming process in collaboration with AV and CIT.

Going through these extra steps, according to students such as Joseph Newton, is worthwhile if it means that education is available to everyone.

Bobae Jung, a senior studying nursing, missed a week and a half of classes due to a sinus infection. Prior to her diagnosis, Jung was unable to attend classes due to CampusClear regulations. Despite testing negative for COVID, Jung was advised by professors and Health Services to stay at home until her symptoms subsided in order to safeguard other students.

“It got to a point where I had to email the Center for Student Success to see if I could get some help. It doesn’t seem like things are getting better. It’s not like I didn’t want to go to class,” Jung told Chimes. “It seems like the only thing I can do is read the textbook, talk to classmates and try to keep up. That’s hard to do, especially as a STEM major. I’ve asked professors for previous recordings that they’ve recorded and saved and they’ve been dismissive about it. ”

According to Colburn, professors want to do what they can to help students navigate illnesses and absences.

“They really want to support their students in every way that they can, and that starts with really wanting to communicate. If a student is ill, they are going to accommodate them to the best of their abilities,” Colburn told Chimes. Colburn recommends that students reach out to their professors to negotiate needed accommodations.

She also urged students to take advantage of campus resources such as the Center for Student Success and the Center for Counseling and Wellness in order to bridge the hybrid learning gap.

Students are encouraged to contact [email protected] with any questions or concerns regarding health-related absences.