A sleepy affair: Canadian students, staff and alumna weigh in on recent election 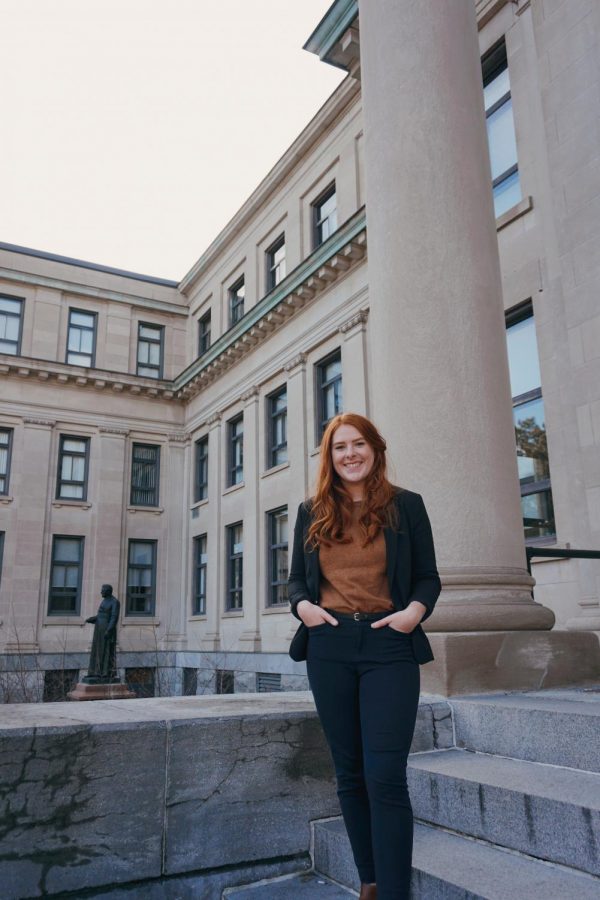 Brittany Mathison, a speechwriter in the Canadian parliament, spoke with Chimes about the recent election.

Canadians voted in a heavily-criticized national election last Monday. But Canadian students on Calvin’s campus remained relatively unaffected and appear disengaged from the current events of their home country.

In mid-August, Canadian Prime Minister Justin Trudeau called for a snap election only two years into his minority government. Banking on positive reception of his handling of the pandemic, Trudeau hoped to increase the Liberal Party’s seats in Parliament and to move from a minority to a majority government. On Monday, Sept. 13, Canadians marched to the polls and churned out a nearly identical result to the previous government.

Brittany Mathison, a 2018 Calvin alumna who now works in the Canadian parliament as a head speechwriter for Conservative Party Leader Erin O’Toole, is critical of Trudeau’s decision to call for an election during a global pandemic.

“We are in the middle of a pandemic and it was completely unnecessary,” Mathison said. “We don’t need to be in an election right now. We need to be focused on getting vaccines to people and getting our recovery going.”

“It’s tough when you’re one of only two or three Canadians you know at Calvin to be engaged in something that your friends just don’t really care about,” Mathison said.

Yasmin Bañares, a senior from Winnipeg, Canada, has likewise found it difficult to stay engaged with Canadian politics while studying at Calvin, finding herself more invested in American politics.

“I only found out about the election through an ultimate frisbee group chat,” Bañares said. “I honestly didn’t even know that we could have pop-up elections like this.”

Bañares was not old enough to vote while living in Canada and didn’t sort out her mail-in ballot in time to vote in the recent election. However, she does not think she’s the only Canadian at Calvin who failed to vote.

“I don’t think any of my Canadian friends have voted,” Bañares said. “I don’t even know if the mail would have been quick enough to get my vote in.”

Ben Honeyford, a junior also from Winnipeg, voted in the election via mail-in ballot. He does not know of other students who did.

Honeyford managed to stay informed while living in the U.S. Although he was excited to vote this year, he was somewhat disappointed by the results as the country’s left-wing New Democratic Party picked up only a small number of seats in Parliament.

“Many Canadians don’t want a conservative government, and not enough are willing to risk splitting the progressive vote to elect more NDP members of Parliament,” Honeyford said.

She noted, however, that this may not be a result of the snap election — it is simply the nature of all Canadian elections.

While the recent election did see some uncharacteristic protests and received a fair amount of criticism, it seems to have failed to capture on-campus attention — particularly from a body of students just trying to finish their homework.

When asked if Canadian Calvin students should care about elections while they study in the U.S., Mathison encouraged students to stay active. “You’re voting for your future,” she said.