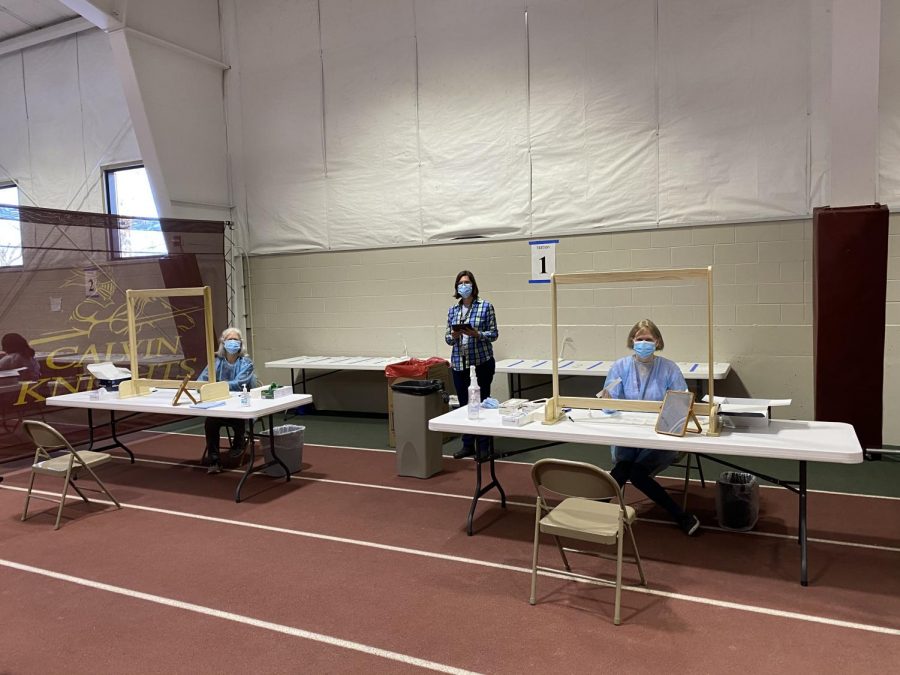 All unvaccinated students returning to campus this semester were required to undergo screening tests twice — once when they arrived and again 3-5 days later.

Students were given the option of testing through Calvin or with another accredited testing method. Quarantine for out-of-state students was waived with the two-test system.

“The two-test approach worked as we hoped it would; as a result of second tests, we found three positive COVID-19 cases in individuals who had previously tested negative. We were able to isolate these individuals and help minimize further transmission,” Vice President for Student Life Sarah Visser told Chimes in an email.

Vaccinated students were also given the option to be tested, and some participated. Calvin offered the Abbot BinaxNow rapid antigen test which provides results in 15 minutes. Helix Diagnostics provided saliva tests, at an additional cost, for students who requested them, Visser said.

According to Visser, some students expressed frustration with the required arrival and surveillance testing.

“We continue to work with these students to understand their concerns and find ways to support them in meeting the requirements,” stated Visser.

In addition to screening tests, Calvin is participating in a local wastewater study with Grand Valley State University this academic year, which hopes to raise early alarms for cases in on-campus living communities. If COVID-19 is detected in the wastewater of a specific residential building, students residing there will be notified of next steps, according to Visser.

“Wherever possible, we have worked to remove barriers that might hinder compliance with our current approach,” said Visser. “Overall, we’ve been pleased with the follow-through and graciousness of those involved in this process.”