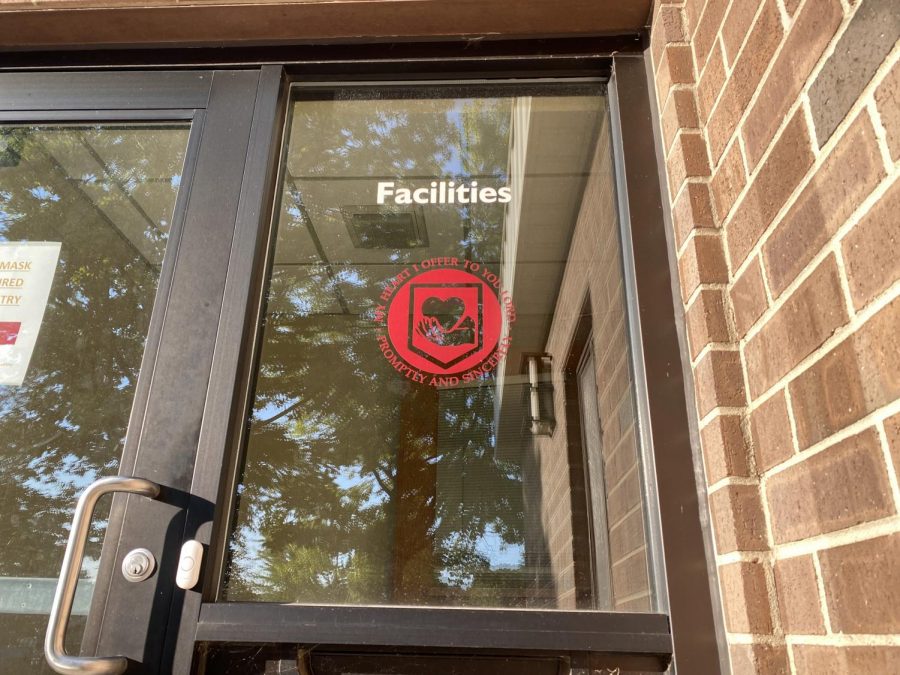 After losing over 50 percent of their coworkers in a transition to new management, the remaining facilities staff is left understaffed and overworked.

This summer, Calvin announced that its in-house facilities management would be replaced by contracted labor  — the National Management Resources Corporation — a decision that rocked the department and left many feeling betrayed. As a result, many retired early or quit, seeking employment elsewhere or starting businesses of their own.

Now, facilities staff report that work orders are piling up as they hire in replacements. “A lot of people are stepping up and working overtime to try to get work orders done,” Emily Taylor, assistant director of Building Services, said.

Taylor will celebrate 14 years at Calvin this October. Previously, Taylor worked as the housing shift supervisor. But in her new position she oversees all custodial functions on campus.

“Before National came we were short staffed already, so losing a lot of key jobs on campus has been a struggle,” Taylor said.

Although in early stages of the transition NMRC did not plan to hire student workers, facilities has relied more heavily on student labor since the transition, compensating for the loss of many full-time staff members.

“When National came in, they were trying to get away from hiring student workers,” Taylor said. “But going into the fall short staffed, we hired student workers to cover. Going forward, there will be job opportunities still.”

Earl Casto has worked for NMRC for almost three years, previously working as the facilities director at Alma College. Now, as the facilities director at Calvin, Casto hopes to improve the services available on campus. Casto told Chimes that NMRC only focuses on private colleges and has a large network of resources to pull from. According to Casto, in the next four years, NMRC is expected to have twice as many clients in their 48 different accounts.

“The major obstacle is staffing right now,” Casto said. “We didn’t anticipate the number of people that left Calvin.”

Casto acknowledges that the transition for previous workers was challenging. “I can understand that somebody that was working here so long was upset,” he said. “It’s a tough situation. We’re just trying to make that transition go as smoothly as possible.” According to Casto, Calvin employees that transitioned over to NMRC were offered the same pay rate or better, and that there were no changes in their vacation time. Former building services supervisor Ted Koopmans told Chimes in June that NMRC’s offer was nine holidays and 168 hours of PTO a year; Calvin offered 13 holidays and 240 hours of PTO.

“My former physical plant colleagues were dedicated to the university,” Ambrose said. “They believed wholeheartedly in the mission of Calvin…”

While Casto did not foresee the loss of staff, he’s hopeful about the facilities department’s prospects.

“We’ve had a good two weeks of hiring,” Casto said. “Things are starting to look better.”

Casto estimates that 80 percent of all maintenance positions and 85 percent of ground positions should be filled in the next two to three weeks.

“My biggest hope for the future would be that people keep an open mind and allow us a chance to bring in the right staff and processes to better help Calvin,” Casto said. “Maybe we can save Calvin some costs.”

Jennifer Ambrose has been working with Calvin for 23 years. As the Environmental Health and Safety Officer, Ambrose focuses on keeping the university in compliance with local, state and federal laws. Ambrose’s position has remained a Calvin position, but she continues to partner with National to provide training and address safety issues.

After over two decades of sharing the office, witnessing her coworkers’ commitment to the Calvin community, she mourns the loss of staff.

“My former physical plant colleagues were dedicated to the university,” Ambrose said. “They believed wholeheartedly in the mission of Calvin. They arrived early and worked late because of their desire to provide an excellent learning, living and working environment for members of the Calvin community.”

“[It] is not something that can be measured in dollars…”

Ambrose told Chimes it was this love and dedication to Calvin that allowed the facilities department to perform superior to peer institutions despite their issues with understaffing and underfunding. “[It] is not something that can be measured in dollars,” Ambrose said.

Ambrose is critical of the process that led to the transition, saying that facilities staff was not included in the conversation at any point in the process. “The manner in which the outsourcing was handled was a dishonor to each and every one of them and their many, many years of service,” Ambrose said.

This frustration was not just expressed by Ambrose. In response to former supervisor Ted Koopmans’ description of Calvin’s actions as a “complete betrayal,” Taylor said that she had similar feelings.

Though remaining facilities staff continue to move forward and serve Calvin’s community, Ambrose and Taylor carry a deep sense of loss, missing the coworkers they spent so many years working alongside.

“I hope that — no, I know that — wherever they are, they are doing good work. They are contributing to their new community and being fantastic human beings. I know that,” Taylor said.

“It was a lot of loss,” she continued. “But I feel excited about the new people. We’re on the path to getting back to where we were.”

Correction: in an earlier edition, the number of PTO hours offered by Calvin and NMRC was reversed. Chimes regrets this error.