In need of STEM majors, America sent him home. Will he return? 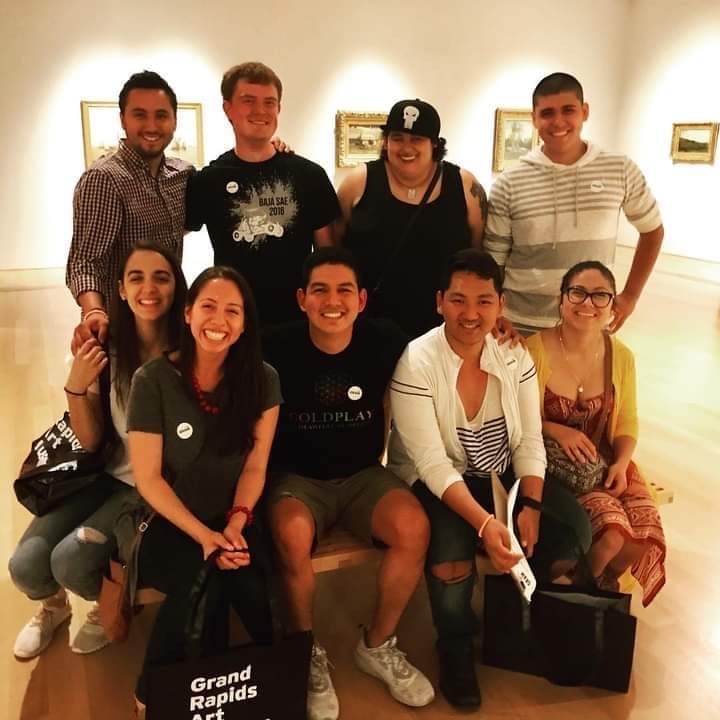 International students face significant difficulties when their visas are denied and they are no longer able to stay in the US to study.

In early December 2019, José Mena received a notice that he had 60 days to leave the U.S. a request for an extension for his visa was denied.

STEM graduates are in high demand in the U.S. so much so that the country makes accommodations for new graduates to stay in the country longer. As a chemical engineering major, Mena fell under the STEM umbrella. It didn’t matter.

Sixty days later, the Calvin alumnus crammed six years of memories into bags, stepped on a plane destined for El Salvador and exited the U.S. for the final time.

Mena isn’t mourning any missed opportunities, however. After being home for over a year, he stated he couldn’t be happier with the outcome. For Mena, the country he came to skeptically for college never made him feel fully comfortable and could never compare to the comfort of home.

Mena represents a growing population of people who are lukewarm to America. The once surging growth of international students coming to the U.S. has plateaued.

Mena did not plan on coming to the U.S. to begin with. It wasn’t until he transferred to Academia Británica Cuscatleca, a British international school, his junior year that he entertained the thought of leaving the country.

“I’m missing a huge opportunity to go meet people who are very much different from me,” Mena remembered realizing once he transferred, sparking his interest to go abroad for college.

It also helped that almost 90 percent of his classmates also left the country after graduation, with many of them studying in the United States.

Mena applied to many American universities, getting accepted to five or six schools. However, when none of the schools he applied to offered him enough financial aid, he shifted his focus to Christian colleges, believing they would offer the money he needed. After finding a list with over 100 Christian universities, he reviewed them, discarding the schools he felt were too conservative for his liking, and found his way to Calvin College, who gave him a generous financial aid package.

“It was the best years of my life,” Mena said about his time in the United States, “really it was just me growing up.”

If it wasn’t for his experience at Calvin, Mena firmly believes his entire outlook on the world would be different. Mena stated that he’d do it again in an instant if he could.

In the U.S, Mena fit in. People were surprised by how much the Salvadorian understood about American culture. The movies, the music, the lingo—Mena got it. Jared Swanson, a close friend of Mena in the latter half of their time at Calvin commented that Mena was also heavily invested in American politics as well.

Mena’s nostalgia for his time in the United States does not blind him from the struggles he faced while he was there. He said that while he “fit” in, he never fully felt understood.

Former President Donald Trump’s policies forced many international students and graduates to question their belonging in the country. Current President Joe Biden has promised to keep international students and graduates in the country longer, but it’s questionable whether they’ll stay, or in Mena’s case, whether they’ll come back at all.

Mena’s not alone in feeling like a guest. The Associated Press reported in 2017 that international students are worried about racism and discrimination, among many issues.

“I never saw myself living in the states long-term,” Mena admitted.

Although his parents hoped he would pursue long-term residency in the U.S, his heart was set on a reunion with El Salvador. Despite an enjoyable college experience, the troubles of never fully feeling welcomed did little to change his mind.

Language significantly contributed to his homesickness.

“There was no one to speak Salvadorian with,” Mena said. English became dominant while Spanish became dormant, and Mena found it difficult to connect with people who didn’t share his language.

Fitch noted that at one point, Mena told her that he was going to return to El Salvador, “no matter how long it took him.”

Mena doesn’t deny it. The sketch of the career he envisioned when he first came to the United States (“study, OPT, go back home”) happened exactly as planned, albeit with one less year of optional practice training (OPT), a visa extension that allowed Mena to initially stay in the U.S..

He never shut the door on the U.S. while he was here, however.

“If you were to ask anyone that knows me, they know I’m very open with my plans,” Mena stated.

Although Mena admitted he always planned on returning to El Salvador, he made it clear that he would have stayed if he was offered a job in the United States.

If not for the previous former President Donald Trump, Mena firmly believes that he’d still be in the U.S. Getting a visa extension after graduation was always difficult, Mena stated, but up until Trump, as long as you had everything in order, you would get the extension.

“It wasn’t enough to have everything in order,” Mena said. “Now you had to pray that whoever got your case was cool.”

Mena had everything in order, but his application was rejected.

According to Forbes, the concern of Americans not excelling in STEM fields is decades old. Even worse, however, is the lack of interest in STEM fields. In 2018, The Atlantic noted that international students kept many STEM programs across American universities afloat. The question isn’t about universities training students in these fields, but rather if there are enough American students.

Stricter immigration policies enacted by the Trump administration made it harder for international students to come and harder to stay. Mena was just one of many casualties of the new policies. As the United States attempts to keep pace with competing countries, the need for STEM majors continues to grow. Forbes reported that 62 percent of international students were in STEM related fields.

Yet, Mena is satisfied with the end result. “I think things worked out perfectly,” Mena said.

For him, the worst-case scenario was being stuck in the United States when the pandemic began, where he would be stuck without his family, and bearing the brunt of bills he would have struggled to pay. He dislikes the word “blessing” to describe his situation but believes that it was much better for him to be in El Salvador, where he has the support of his family.

Mena wasn’t the only one to come back to El Salvador either. Of the 90 percent of his high school classmates who left the country for college, Mena estimates roughly half of them returned home. Not all of them, however, encountered the same visa issues he did.

Returning to El Salvador hasn’t been easy. Mena arrived right before the COVID-19 pandemic shut down the world. Jobless, he found that companies were reluctant to hire anyone once the pandemic began. It took him nearly seven months to find a job once he returned.

Mena was also forced to readjust with a family he hadn’t been around in six years. Although close, he admits that during his first three years at Calvin, he struggled to communicate with them over text and video calls. Once he returned, he found he and his parents frequently clashed, often over religion and politics.

He found that in order for their relationship to survive, a different understanding needed to emerge.

“I forced a friendship with them,” Mena said.

Eventually, the adjustment period settled down, with Mena stating that now he and his parents are closer than ever.

Mena also realizes that as a country, El Salvador has a long way to go. He sees the country as politically corrupt and at an impasse with the direction of the country. He believes that people would rather have a symbol of tangible pride, rather than anything that would actually make the country better.

Still, he loves the country.

“Whenever I would come home on breaks, I would feel really sad leaving again. I don’t want to leave again in the same way that I did,” Mena admitted.

Biden has promised to undo some Trump immigration policies while on the campaign trail and has already sent an immigration bill to Congress. But Mena isn’t considering a return to the U.S. The United States rejected their opportunity to keep him, despite their desperate need of more STEM graduates.