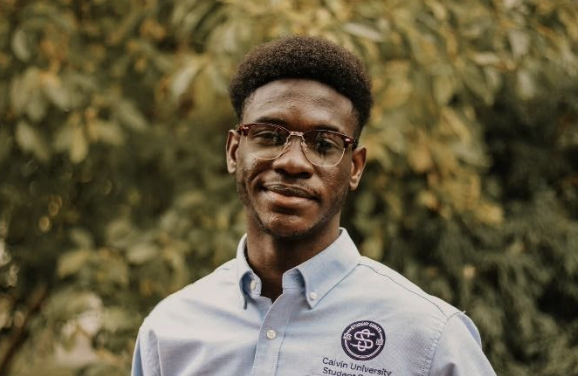 Previously, Essien has served on student senate as VP of Administration. He  was also a student manager at Calvin Dining Services and an orientation assistant for the Centre for Intercultural Student Development.

“He’s not scared to hold me or other university leaders accountable but will always do so in love,” said Murashima.

In the presidential debate, Essien said that his top priorities as student body president will be to appoint vice presidents and integrate student senate with other student organizations better.

Vice presidents will be appointed by Essien, Murashima and JB Britton, associate dean of campus involvement and leadership, within the coming days.