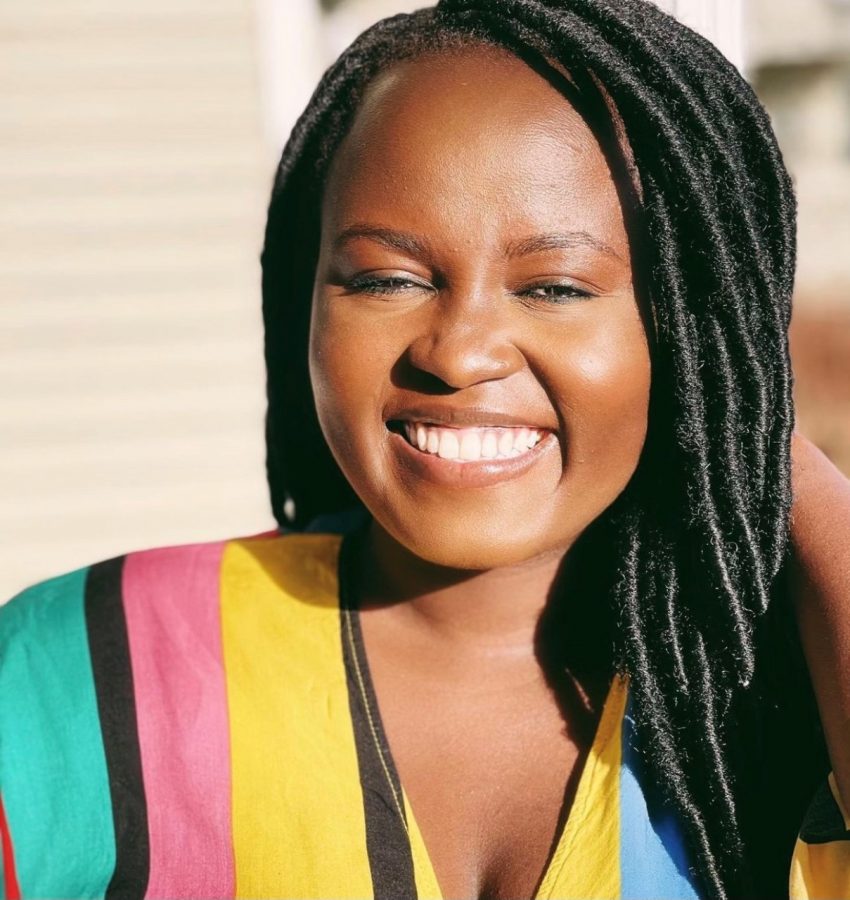 It’s only been two years since Sylvia Nyamuhungu graduated from Calvin University, but she has already put her international development degree into action.

Nyamuhungu is a refugee community organizer, but she doesn’t just work for refugees—as a former refugee herself, she understands them. According to Nyamuhungu, her work includes working “with refugee leaders to organize around issues that are affecting refugee and immigrant communities, highlighting these issues to elected officials, directors of organizations and community members as whole with the goal to affect systemic change and more.”

The Trump administration slashed the number of refugees coming to the United States by 65% over the first three fiscal years of his presidency, according to the Office of Immigration Statistics annual flow reports. Now, following a presidency that drastically decreased the number of refugees allowed into the U.S., Nyamuhungu says it is essential that resettled refugees in the U.S. have a voice in changing immigration policy.

“Refugees are and can be more vocal for policy change,” she said. “We can do it ourselves. We know what the needs are. We are organizing ourselves and trying to meet those needs.”

As a freshman, Nyamuhungu worked as an interpreter for Liaison Linguistics, using her knowledge of Swahili and Kinyarwanda to help immigrants and refugees like her parents who needed translation services.

As a sophomore, she worked at the Refugee Education Center, calling refugee or immigrant parents to teach them about different schooling opportunities for their children, then going so far as to pick the kids up from school after they’d enrolled.

In her last two years of college, she worked at the Treetops Collective, mentoring teenage refugees and working to give them the opportunities she wished she’d had when she was their age.

Through these positions, Nyamuhungu helped immigrants and refugees from a place of genuine understanding. Having recently been a teenage refugee stressed about grades and college preparation, she empathized with her mentees that needed more guidance on ACTs, SATs and college applications.

Now, Nyamuhungu’s never-ending energy has led her to a position at Church World Service as a refugee community organizer. At CWS, Nyamuhungu works to connect Michigan refugees to elected officials to assure that they have an influence on the policies that affect them.

Over the course of the Trump Era, refugee admittance was slashed from 110,000 per fiscal year to a mere 15,000. Since taking office, President Joe Biden has promised to reverse Trump’s limitations on refugee admittance but has failed to act on his commitment to progress.

Recently, CWS partnered with other national organizations to write a letter to the Biden administration addressing this failure. The letter had close to 300 signatures from refugees resettled in the U.S. One of the signatures was Nyamuhungu’s.

“I have to speak up,” she said. “If I don’t, I don’t get to contribute to the social narrative.”

Nyamuhungu has poured into her community, and she doesn’t seem to be slowing down. These are more than just jobs for her—they are passion projects driven by lived experience.

“If we don’t tell our stories, if we don’t share our needs and experiences, somebody else is doing it for us and they’re probably not doing it in the best way that we could do it,” she said.

“I grew up hearing ‘one day we’ll be resettled.’ I didn’t believe it,” she said.

Through her work advocating for refugees, she strives to give families that are waiting to be resettled a reason to hope that the cap set by Trump will change.

“I just care,” she said. “When you care about things, you just stretch yourself. I would do the job for free.”