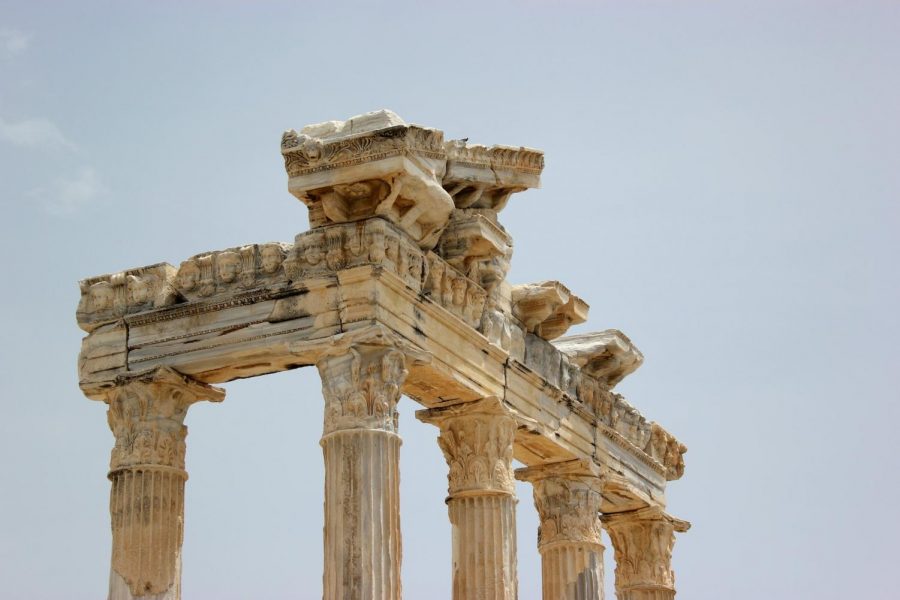 For the first time in 150 years, Greek courses will not be offered at Calvin next year. The temporary pause for the 2021-22 school year includes all Greek courses from 100 to upper level.

The change is the result of long-term declines in enrollment in Greek courses and the administration’s recent cuts to classics faculty, according to Professor Kate van Liere, head of the historical studies department, which as of last year includes the classics department.

Currently, the department plans to resume offering Greek 101-102 in the 2022-23 school year and to alternate those offerings with 200-level courses every other year.

“There are not enough students in the 100-level course this year to allow us to offer 200-level courses next year. Our hope is that by delaying the offering of Greek 101 until the fall of 2022, we will create enough demand to ensure that the course fills,” van Liere said.

The classics department itself, which offers Calvin’s Greek and Latin courses, has suffered from recent budget cuts.. Layoffs last spring left Professor David Noe, who is also the current chair of the philosophy department, as the only classics faculty member. At the same time, the classics department was brought into the historical studies department.

Noe also pointed to a shift in seminary policy as a factor in the classics’ long-term enrollment decline. Pre-seminarians at Calvin have historically made up a large percentage of Greek and Latin students. But when Calvin Theological Seminary decided to stop requiring Greek as an admissions prerequisite, enrollment of pre-seminarians in Greek classes dropped.

The resulting declines in enrollment have prompted the administration, according to Noe, to evaluate not just Greek but the classics program in general. Officials are currently deciding whether or not to cut it completely. The decision, Noe said, is expected to come out sometime in the next few weeks.

Current students enrolled in Greek classes or who need Greek classes to fulfill graduation requirements have expressed their regrets at the temporary pause and fear for the future of a beloved language program.

Freshman Zander Hartsuff decided to take Greek to fulfill his language credit last fall. He found himself one of only five students who signed up to take Greek 101 that semester, and became the only one who went on to take Greek 102 this spring.

Hartstuff, who is a statistics major with a computer science minor, said that one of the biggest reasons to choose Greek for his language requirement was so that with a better understanding of the language, he could also better understand the specific details of Jesus’ teachings.

For Joseph Tuttle, a pre-seminarian sophomore Barnabas minoring in Greek, the classes  have allowed him to become familiar with the Bible in one of its original languages. “This program has greatly enriched my study habits, knowledge of Greek ideas and culture, and my theological understandings,” Tuttle said.

The classics department, with its offerings of classical language courses, was one of Calvin’s four original departments in 1876. It was part of the original institution for training men for pastoral ministry and women for teaching in Christian schools.

Noe said that the study of classical languages is of importance for the Christian community, saying that the role of a pastor requires a strong understanding of scripture. “The more Christians generally retreat from the knowledge of Greek and the classical world, the more the church is going to suffer,” Noe said.

Van Liere said that Greek “became an integral part of the training of ministers in the time of the Reformation, and it remains important in the Christian Reformed Church and other Reformed and Protestant denominations today.”