In lieu of spring break, students make a break for it 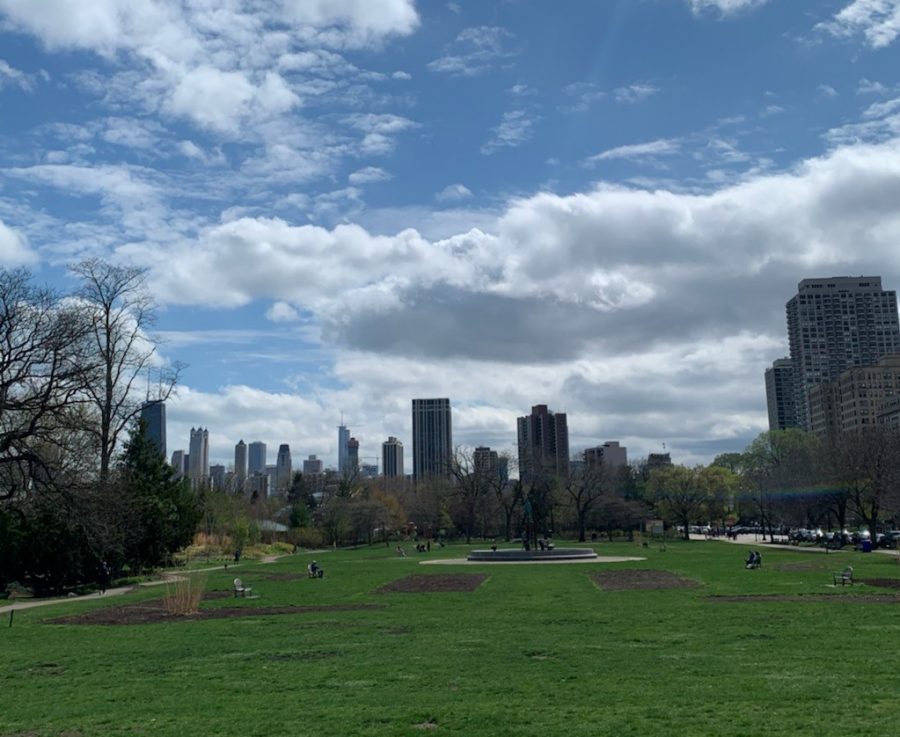 The skyline of Chicago during a student's recent trip.

This semester, it was hard for students to get away from campus. Calvin cancelled spring break to prevent a COVID-19 outbreak and scattered advising days throughout the semester rather than joining them together. The university even held classes on Good Friday.

Last weekend, sophomore elementary education major Ella Peterman took a trip to Chicago with her mom and sister. Both Peterman and her mom were two weeks past their vaccinations and her sister had contracted COVID-19 a month prior, making her immune. Peterman’s elementary school students were on spring break and she didn’t have classes on Friday, so she was able to leave on Thursday. She returned to campus the following Saturday.

Peterman said she spent most of her time outside. When she was inside, she wore a mask and socially distanced kept her distance from other people. “I’d say it was much safer than even going downtown [Grand Rapids],” she said.

Similar to Peterman, freshman Haley Prell spent time with family. Over Easter weekend, she headed home to the Chicago-area to celebrate the holiday with her immediate family and fully vaccinated grandparents. She left on Good Friday and drove back on Easter Sunday, later watching the recording of the one class she had missed.

“I have not seen my grandparents all year except for my high school graduation when they just drove by in their cars,” she told Chimes. “Honestly, being able to hug my grandma for the first time in over a year might have been the best part of my little trip.”

Prell also noted that all her friends had Easter plans, and she didn’t want to be alone.

Brandon De Martínez, a sophomore international relations and French double major, took a  trip to New York City between March 25 and 28 for his mental health. After the anti-LGBT incident on Commons Lawn and the cancellation of spring break, De Martínez was ready to get out of town.

After flying to New York, De Martínez stayed in an Airbnb and spent his time walking around Central Park, visiting friends, shopping and dining outside. He said the professors whose classes he missed in person didn’t ask him why he was online, so he didn’t explain.

To those who might criticize his decision to take a trip during the pandemic, De Martínez emphasized that he did it for his mental health.

“I can’t please everyone,” De Martínez said. “I did what I did and I’m glad I did it. If you want to come for me, go ahead. Be my guest.”

Upon returning to Grand Rapids, he tested negative for COVID-19.

In a March 16 email update, Vice President for Student Life Sarah Visser reminded students that the Center for Student Success would not approve travel-related remote learning requests. She then asked students not to leave campus for any “spring break-type travel.”

According to the state of Michigan website, COVID-19 cases rose by over 120,000 in the past month. Just a cursory look at the New York Times COVID-19 map is gasp-inducing; Michigan sticks out like a sore, red thumb. Calvin is experiencing a correlated uptick in cases, with 26 active cases as of Tuesday. However, it’s unclear if the rise is linked to recent travel.