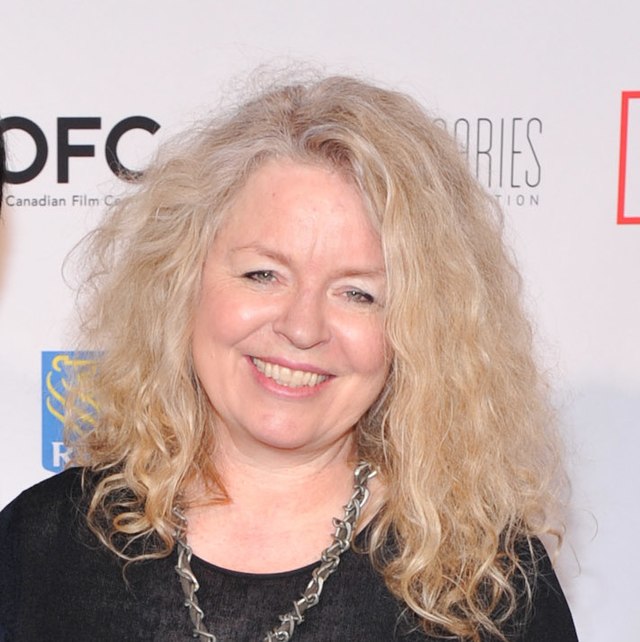 Calvin has several famous alumni from over the years.

Although most famous for being the alma mater of Betsy Devos, Paul Schrader and Jay Van Andel, Calvin’s collection of distinguished alumni also includes a four-time Academy Award nominee, a groundbreaking movie director, a Nigerian hip-hop artist, a social documentary photographer, and Ivy League professors acclaimed for their technological innovations and trailblazing works of non-fiction.

Jeannine Oppewall attended Calvin College in the 1960s. Although often overshadowed by the accomplishments of her ex-husband, Paul Schrader, she is impressive in her own right and has been involved with the production of dozens of films as an art director, production designer, set decorator and set designer. She has been nominated for four Best Art Direction Academy Awards for her work on L.A. Confidential, Pleasantville, Seabiscuit and The Good Shepherd.

Patricia Rozema, who studied Philosophy and English Literature at Calvin, was the first female director whose film made the Toronto International Film Festival’s Top 10 Canadian Films of All Time list. Interestingly, her family were conservative Dutch Calvinists and her parents restricted television viewing. Rozema was 16, before she ever went to a movie theater.

Rozema’s adaptation of Mansfield Park Rozema faced backlash for making major changes from the original novel but was praised for tackling issues of gender and colonialism. She also recently directed an episode of the popular Netflix show Anne with an E.

Born in Jos, Nigeria, to Pastor and Mrs. Abaga, Jude (M.I) Abaga studied Business and Economics at Calvin College. In 2003, he won third place in Calvin’s first and last hip hop show “HipHopera.” Abaga gained fame from his first single “Safe,” which he created with a friend after returning to Nigeria, and now owns his own record label. Abaga won both Best Rap Album and the Hip Hop Revelation award from the Hip Hop World Awards in 2009 and received a nomination for Best International Act at the BET Awards in 2010.

Ryan Spencer Reed, who graduated from Calvin in 2002, has received a POYI World Understanding Award for his collection “Despite Similarities to Reality” which documents myths and realities of American military involvement in Afghanistan and was first revealed at the Grand Rapids Art Museum during 2014 Art Prize, as well as a Freedom to Create Prize for his work in Sudan.

Reed’s main interest is in exploring hubris and empire, particularly in the context of American industrialism and militarism, and his other works include a collection focused on an “architectural archaeology” of Detroit, begun in 2009, and “Oil+Water.” The latter was an ArtPrize 2017 collaboration which involved setting up a massive print of a photograph Reed took at the 2016 Dakota Access Pipeline protests in the Grand River, tinting it with a multi-color filter to give the impression of oil on the water. “Reed was disturbed by the tactics used against protestors,” Mlive reported, “by the disregard of burial grounds, and by the relationship between the courts and the pipeline companies, which he sees as insidious.”

Willie James Jennings graduated from Calvin in 1984 with a B.A. in religion and theology and went on to earn his M.Div from Fuller Theological Seminary in 1987 and a PhD in religion from Duke University in 1993. He is now an associate professor of systematic theology and Africana studies at Yale University and an acclaimed author. His 2010 book The Christian Imagination:Theology and the Origins of Race was awarded an American Academy of Religion Award of Excellence in the Study of Religion and the Grawemeyer Award in Religion in 2015.

According to Eerdmans Publishing, Jennings’ 2020 book After Whiteness: An Education in Belonging “reflects on the distortions hidden in plain sight within the world of education but holds onto abundant hope for what theological education can be and how it can position itself at the front of a massive cultural shift away from white, Western cultural hegemony.”

Another Ivy League professor, Kunle Olukotun is a Calvin graduate who went on to earn a PhD from University of Michigan and is now the Cadence Design Systems Professor in the School of Engineering and Professor of Electrical Engineering and Computer Science at Stanford University.

Olukotun is an ACM fellow and IEEE fellow and has gained recognition for his work in the field of multicore processor design and for his research on the Stanford Hydra chip multiprocessor project. He founded a multicore development company called Afara Websystems and now runs the Stanford Pervasive Parallelism Lab.