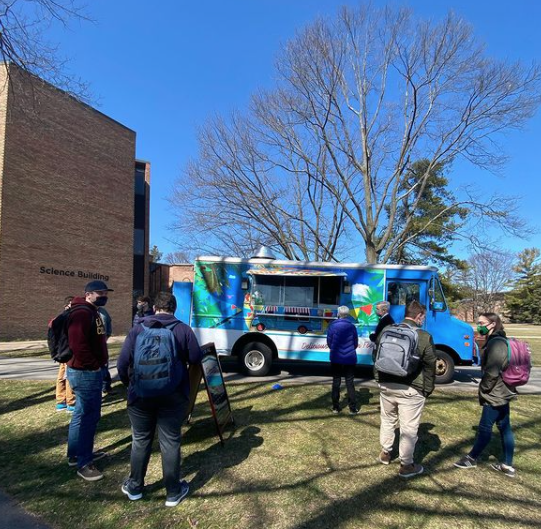 A week of food trucks, red ball tournaments and changes to course pacing on March 22-26 substituted for spring break last month, but the goal of alleviating student stress was met with mixed results.

According to Carolyn Anderson, professor of chemistry and gender studies, the idea originated with her colleagues Rachael Baker and Laura Westrate.

“They felt, and I agreed, that both students and faculty were going to have a rough time getting through the semester if there wasn’t a break,” Anderson told Chimes. “We realized that spring break had been cancelled for good reason, so we didn’t want to encourage students to leave, but we did think that some change of pace would help.”

From this, pause week was born.

According to freshman senator Theo Perumal, student senate developed a two-fold response: alternative week and pause week. Alternative week’s goal was to have professors change the pace, lower the burden of coursework, or make other stress-reducing changes for a week.

Pause week, on the other hand, showcased an exciting week of special events, including a red ball tournament, food trucks, the launch of SPIN scooters on campus and Campus Clear give-aways. Senate events had high levels of engagement throughout the week, including more than 40 participants in red ball and several hundred students signing up for the give-away.

“The food trucks especially were a good surprise in the middle of the week, and the Spin Scooters definitely provide awesome study-breaks.” Kalsbeek RA Hannah Riffell said, “I was excited to see these things happening on campus, and the fun moments were greatly needed, but there was not exactly a pause from academic stress.”

“I’d say [pause week] was intended to not replace but help alleviate the pain of spring break no longer being a thing,” Perumal said.

“One student commented that she didn’t think that she would have been able to make it through the semester without a chance to catch up during last week.” Anderson said, “In general, it did seem to provide all of the students a chance to get caught up and reset a bit.”

“I’d say results were mixed.” Perumal said, “Alternative week was much less widespread than we and the provost had hoped…Pause week [events] tended to be very successful.”