No News is Good News: COVID variants not likely to be on campus 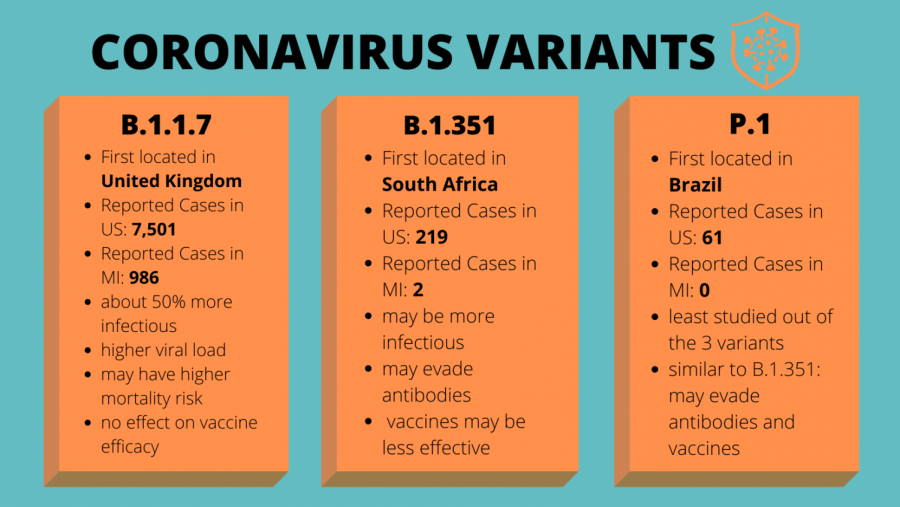 Recent samples from Calvin do not have new variants of COVID-19.

New variants of COVID-19 were not found in Calvin samples, according to a recent email from Sarah Visser.

During the early February outbreak, the Safe Return Team sent a small number of samples from positive COVID tests to the state lab in Lansing, MI.

The team has not since received results back from the lab.

“Essentially the state lab only reports back if variants are detected,” said social work professor Kristen Alford, a member of the Safe Return Team. “Since it was a month ago, it’s safe to assume that none of our samples showed evidence of the variant.”

According to Visser, the absence of a report does not mean that the variants are not present on campus. The state of Michigan currently has the second highest count of reported cases of the B.1.1.7 variant, first found in the U.K. On February 7th, 2021, Kent County identified its first resident with the B.1.1.7 variant, according to Spectrum Health Newsroom. No updates have been released on the progression of the variant in the county since early February.

The B.1.1.7 variant is one of three variants to the original SARS-CoV-2 strain, according to the CDC. The variants may be more transmissible and cause more severe illness than the original strain, and some are resistant to antibodies or vaccine immunity. More information on each variant can be found in the chart.

According to Visser, Calvin students and staff will be alerted if any updates on the variant from the Lansing lab. “In the meantime, as a COVID Response Team, we urge the campus to continue to practice all the important measures that mitigate against the spread of coronavirus and any of its variants,” said Visser.