I Care A Lot leans out of girl boss trope 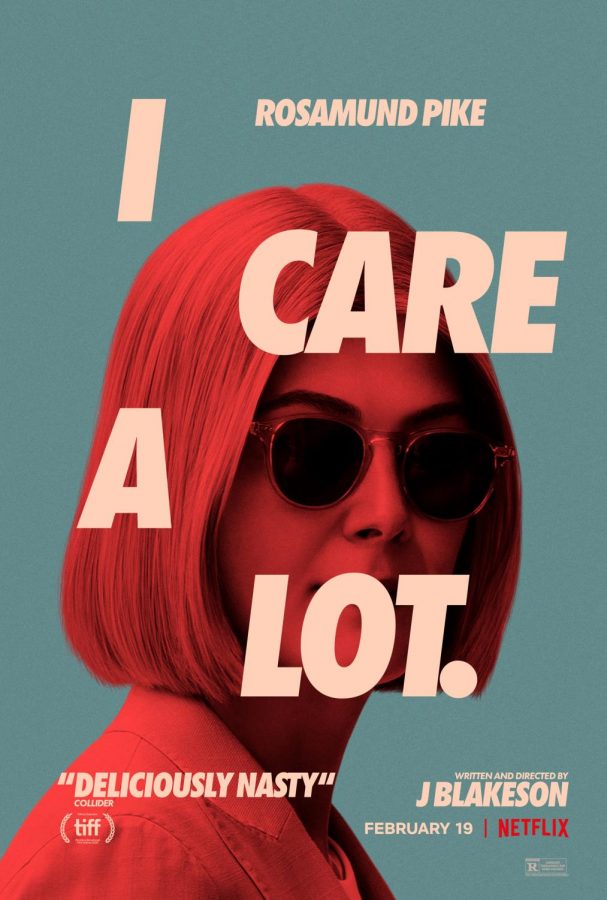 Released this fall, Netflix's I Care a Lot has been a big hit.

As headlines break about New York’s Democratic governor Andrew Cuomo dooming thousands of eldery persons to COVID-related deaths, “I Care A Lot” is a fitting watch and a reminder of how easy it is to screw over the American elderly.

But that moralistic take doesn’t fully grasp the Netflix original film. “I Care A Lot” has an interesting, original premise that remains entertaining and gripping the whole two hours through. Rosamund Pike skillfully plays con-woman Marla Grayson, who cheats elderly people out of their retirement savings by preemptively putting them into nursing homes and taking control of their finances. Things go south for Grayson after she takes advantage of a well-connected elderly woman.

Grayson’s character seems poised for falling into the girl-boss trope: she’s a powerful and successful woman who makes snarky remarks about the American dream and the men who have threatened her. Her bob is impossibly sharp, and her monochrome outfits are Clinton-esque. Is “I Care A Lot” more insufferable art that women feel like they have to support in order to be good feminists?

“I Care A Lot” plays with this cliche but never suffers from it, instead delivering an interesting and full protagonist with personality and flaws. The movie seemed to be aware of the temptation and poked at the hollowness of it. Sure, Grayson has played the system to her success; how many had to suffer for that to be the case? It’s refreshing to see interesting female stories, rather than rehashing of the limiting faux-empowerment plotline.

It’s worth noting that Grayson isn’t demonized either. Grayson reminds the viewer of an old-school mob boss. Sure, she lies, embezzles and cheats, but she does so according to a set of rules. In her eyes, her enemies are bullies, who can’t outsmart her, so they try to overpower her. There’s no character to cheer for, but that doesn’t limit the film. Swapping allegiances and sympathies not only develops the characters realistically but also keeps you on the edge of your seat. Grayson isn’t supposed to be likeable; neither are her enemies.

The R-rated film is at times violent but never gratuitously so. As a self-proclaimed wimp when it comes to gore and suspense, “I Care A Lot” also avoids what I find to be a sin of this movie-age: excessively using violence to create a shallow sense of rawness. This action, scored by a synth-electro pop soundtrack, maintains the pace of the film and made me and my friends yell at our thrifted TV screen.

The Netflix original also has a terrific ending that pulls together all loose plot and thematic threads. It’s unexpected yet fitting and is what makes this film opposed to, rather than another example of, girl-boss films. “I Care A Lot” is entertaining and original with an interesting female protagonist. Anyone of those characteristics alone would make it worth watching; all three make it a must-see.

“I Care A Lot” is available to stream on Netflix.