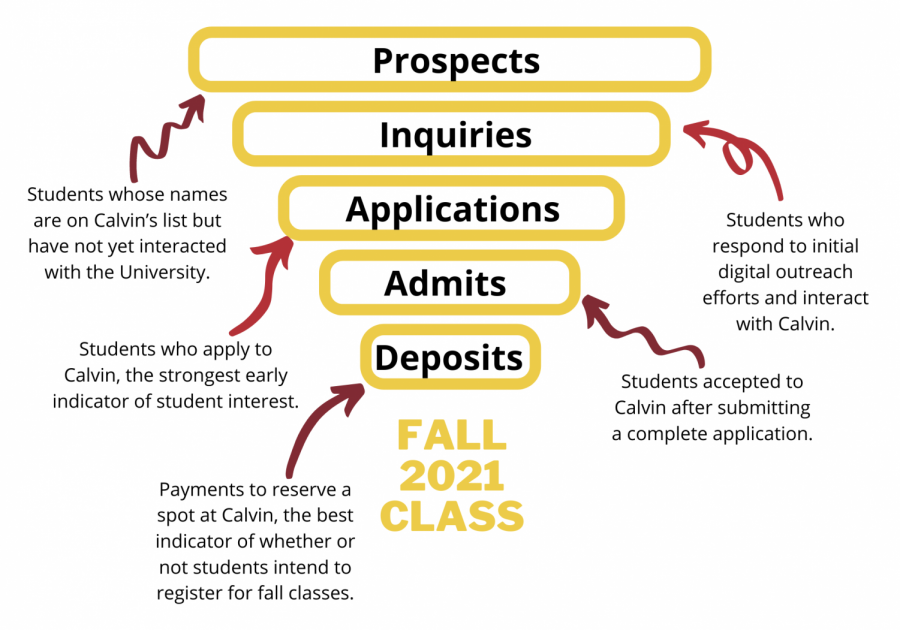 After seven years of declining enrollment, the admissions division is on track to meet and exceed its goals for the 2021 cycle, according to numbers from a February report to the Board of Trustees.

When the university experienced a 7.3 percent decrease in enrollment last fall, President Michael Le Roy vowed to make recruitment and enrollment one of his primary focuses.

The hard work of the entire division seems to be paying off, with more than 37,000 inquiries as of early February. That’s over 1.5 times the university’s total goal of 24,000 inquiries this cycle.

How those inquiries translate into applications, admits and eventually deposits remains to be seen, but signs are good on all fronts.

According to the same report, applications – the strongest early indicators of student interest – stood at 3,261 out of the university’s total goal of 3,600. More than 2,300 of those applicants have already been admitted.

By comparison, last year’s admissions cycle resulted in a total of 3,198 applications and 2,341 admits by the start of the fall semester.

“Being open all fall has been great for us to showcase the campus, our students and our faculty,” Vice President for Enrollment Strategy Lauren Jensen told Chimes.

In an admissions cycle shaped by COVID-19, national decreases in the population of high school seniors and shifts in denominational loyalty, Jensen said the road to the freshman class of 2021 has not been an easy one.

“In an environment of increased competition and decreased demand, Calvin has had to develop new strategies to reach both new and current populations in innovative ways,” Jensen told Chimes.

As for what those innovative new methods of outreach entail, the vice president declined to comment on multiple counts, citing the distinct competitive advantage such strategies have given the university.

Some of the new initiatives discussed in the BoT report and an interview with Jensen include increased recruiting efforts aimed at high school sophomores and juniors, targeting of new populations where Calvin isn’t a well-known name and shifts in the internal culture of the admissions division.

The Board of Trustees report also mentioned the work of key recruitment partners and efforts to track subpopulations of Calvin’s audience, which Jensen declined to speak about.

“Many new, positive habits have emerged this fall, and we all feel they are paying off and helping to create clarity and focus throughout the division,” Jensen wrote in the BoT report.

As the division continues to accept and review applications, personnel are also looking ahead to the next step: yielding deposits. Last year’s cycle resulted in a total of 644 deposits – the freshman class of fall 2020. This year, the division has set a “stretch goal” of 725 deposits by May 1.

International students are often granted extended deposit deadlines, and increases in deposits after May 1 are not uncommon.

The division is hesitant to make any predictions regarding deposits after COVID-19 significantly changed admissions timelines last cycle, but Jensen is optimistic.

“It’s quite clear to me that we’ve been able to successfully reach a lot more students this year than in the past couple years,” she said.

High application numbers are an even greater success when compared with the national average this cycle, which is decreasing, Jensen said.

“We’re in the middle of it, and we’re not at the finish line yet. So, until we get there, we keep learning and adapting in this competitive environment. We’re excited about the progress so far and how we’ve been able to reach more students with our mission,” said Jensen.