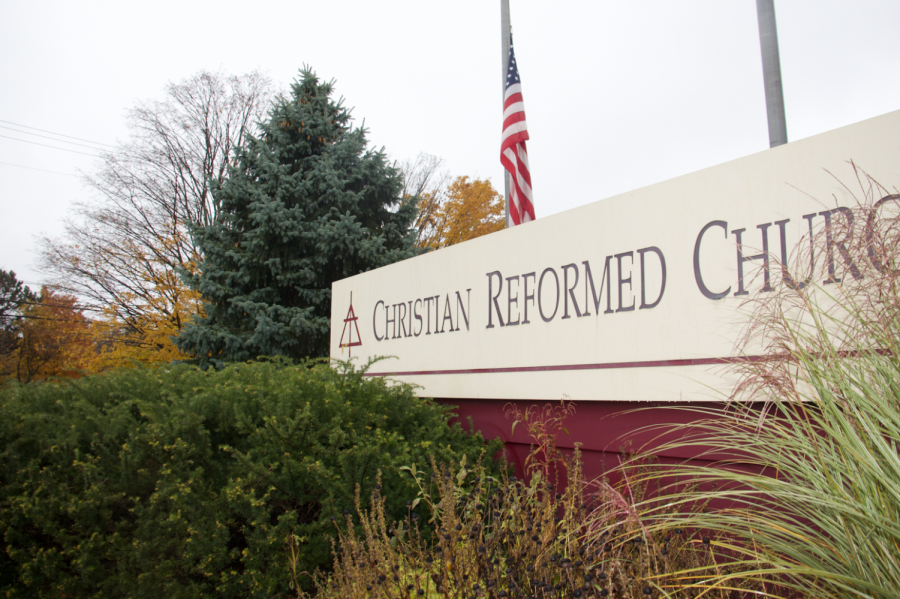 Peter Jonker, minister of preaching at LaGrave Avenue CRC, said giving has been consistent since March of last year, attributing the smooth transition to their large congregation and continued online presence. Their start in live streaming services two years ago set them up for more success, said Jonker.

Dirk VanEyk, lead pastor at Encounter Church, said financial giving has increased. VanEyk’s church led a campaign to establish a new church in the Fulton Heights neighborhood, raising half of their budget and increasing their overall funds.

Encounter’s younger, typically more tech-savvy congregation and their developed online resources are part of what led the church to success throughout this time. Many congregants have automatic recurring online tithing payments, creating a “regular rhythm of giving,” VanEyk stated.

The giving of time and talents, however, decreased substantially. “Volunteering has significantly been down,” Van Eyk said. On a normal in-person weekend, there would be 50 to 60 volunteers; now, they may receive 20. The decrease in the number of volunteer opportunities and the challenges of leading online small groups exacerbate this.

At Woodlawn CRC, Pastor Mike Abma also recounts stable giving. “Although the initial months of the COVID crisis saw a slight dip in giving, by the end of our fiscal year (May 31) we ended meeting our budget,” Abma stated. Now, they are ahead of what is normal. Abma attributes this to two factors: generous commitment of members and general satisfaction with live-streamed services.

Similarly, Steve De Vries, pastor of leadership and worship at Plymouth Heights CRC, described tithing as stable. “Financial giving has been able to be maintained during this time,” De Vries said.

De Vries credits this to the popularity of online giving beginning several years ago. In-person services started recently, but they are not well attended. De Vries said they have not changed the rate of tithing.

Despite stable giving, community outreach looks quite different. Previously run programs with students, individuals who are homeless, and food pantries either ceased or transformed, greatly affecting volunteer opportunities. “[We are] hoping and praying for something steady,” De Vries said, “although we are not sure what [the future] will look like.”