What comes next? Campus conservatives reflect on GOP’s future relationship with Trump 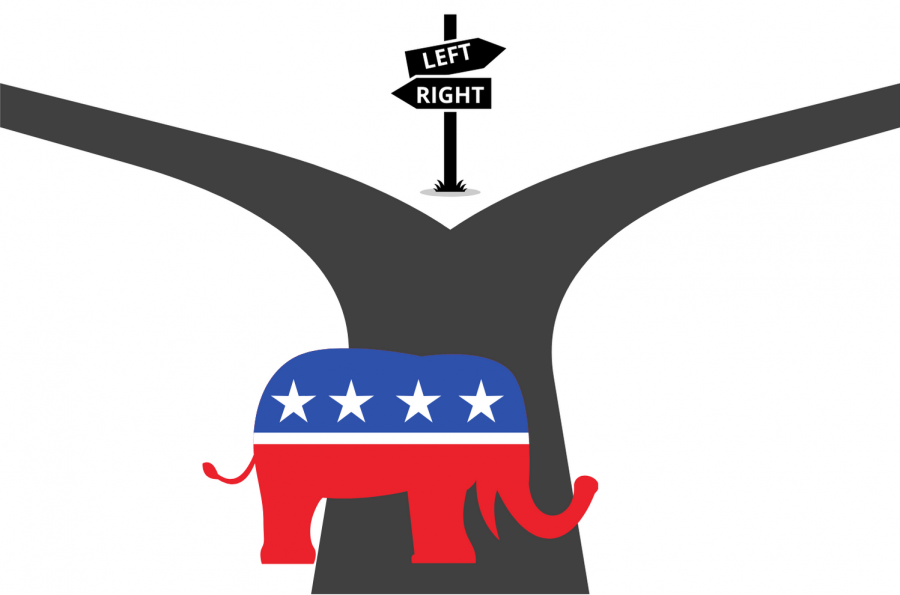 What's in store for the future of GOP as Trump leaves office?

Micah Watson, professor of political science and director of the politics, philosophy and economics program, alongside campus TPUSA leader Stephanie Robinson and Calvin Republicans leaders Marian Henderson, Maxim Ziskie, Adam Zentner, Steven Spayde and Paul Dick, shared with Chimes their thoughts on the struggles and possible triumphs to come for the Republican party after the Trump administration.

Chimes: Do you see the Trump administration as a culmination or a departure from the course of the Republican Party over the last few decades?

Watson: In some ways many of President Trump’s policies, or the policies his advisors were allowed to pursue, reflected pretty standard Republican priorities: rolling back overregulation, appointing originalist-leaning judges, issuing executive orders that reflect more conservative principles. And Yuval Levin (perhaps the sharpest conservative thinker around) observed recently there has always been a populist streak in the GOP, a streak in tension with the conservative streak…In that sense the Trump years reflected elements of the GOP that have been there for some time.

In other ways of course it’s been a significant departure, some in policy terms and approach (tariffs, praise of dictators) but primarily in personality or leadership style…those elements of Trump’s presidency do not reflect historically the mainstream of the Republican Party.

Calvin Republicans: He had a successful four years in office, but a political party is more than one person. We must continue to move forward.

Chimes: From your perspective, has the GOP been too loyal to Trump? Not loyal enough?

Watson: I think the GOP as a party has been too loyal to Trump, and every time he crossed some line…the GOP’s tacit acceptance of his behavior only emboldened him in the future.

Calvin Republicans: Those within the Legislative branch do not have to swear loyalty and agreement to every one of the president’s policies and stances.

An elected official, regardless of party affiliation, must first base votes on the needs of the people in the area he or she is elected to represent, and on his or her own convictions.

Robinson: The GOP should be grateful for Trump. He did more for the GOP than most presidents in recent history.

Chimes: How do you think the events of January 6th impacted the public image of the party? Is that image accurate? If not, is there a way to replace or negate that image?

Watson: If the GOP can disentangle itself from the conspiracy fringe that grew in strength during the Trump years, then I expect that January 6th will be remembered as a terrible day and a warning about what happens when we put in power a figure whose language and messaging is recklessly careless at best and malignantly dangerous at worst.

Calvin Republicans: The events of January 6, 2021 were inappropriate and inexcusable. They were not an accurate reflection of the Republican Party. The GOP stretches beyond those who stormed the Capitol. The actions of a few should not represent the whole GOP. We reject all forms of violence, no matter what side of the aisle the acts are associated with.

Robinson: As someone who was in DC on January 6th, I can honestly say that the day was mis-portrayed by the media. Before the Capitol incident took place, it was beautiful to see people of every race, religion, age, and socioeconomic status gathered in unity to peacefully support President Trump. The small percentage of people who stormed the Capitol were first not all Trump supporters and second were not representative of most of the people gathered in DC that day. The Republican Party is the party of law and order. Unlike Democrats who only condemned the Capitol violence, Republicans condemned the Capitol violence and the Black Lives Matter/Antifa violence. The Black Lives Matter/Antifa violence was significantly more damaging than what took place on January 6th.

Chimes: What happens in 2024? Who do you see doing well in the Republican primaries and why?

Watson: What happens in 2024 depends a great deal on 2022. If the GOP is serious about competing again nationally, then it needs candidates who can appeal to the middle of the country…[Trump] addressed some issues that both parties had ignored. He gave voice to a frustration that many Americans feel, a sense that they’ve been passed over.

The GOP will need someone who 1) can speak to the legitimate concerns that helped Trump get in power without his debilitating persona, 2) project an aura of governing competence, and 3) energize conservative voters while still appealing to moderates. [Nikki] Haley and [Tim] Scott both fit that bill, among several other figures. It will be interesting to watch.

Robinson: In 2024, Trump could run again. If he does not, I could see other strong conservative leaders like Ron DeSantis or Kristi Noem run. Founder of BLEXIT, Candance Owens, also recently tweeted that she would consider running for president. I think Republicans do have a chance at winning after they see the Biden/Harris administration take an “America last” policy position.

Chimes: On the state level (or even county level), should Republican leaders distance themselves from loyalty to Trump or is the Trump voting base their best shot at reelection?

Watson: Many Republicans will need to perform a balancing act in which they distance themselves from the more controversial elements of the Trump experience without alienating those who supported Trump because they thought he was their best bet for moving the country forward (or preventing it from lurching leftward)…Super Trumpy districts will be safe for Trump acolytes, but their reach into national politics will be limited I suspect.

If “should’ means morally should, then no, my view, as a conservative, is that it’s not worth winning an election if the cost is trading my integrity and conservative principles by attaching myself to someone who has neither.

Calvin Republicans: The Michigan State Legislature should focus on how our governor is currently handling the pandemic. Instead of worrying about reelection and voting bases, the focus should be on getting Governor Whitmer to be more transparent and open with the “science,” data, and metrics she is using to base her decisions. The focus should be on getting this pandemic under control and reopening Michigan in a safe, efficient, and equitable manner.

Chimes: Is there a division between established Republicans and so-called “Trump Republicans”? Is there a way to repair that divide?

Watson: Yes, definitely a difference between “establishment” Republicans and Trump Republicans. The perceived ineptitude of the former is what fueled the rise of the latter. Some of that perception is justified, but governance is more difficult than it looks, as the Trump Republicans found out these last four years. I expect the only way to repair the divide is the greater fear of the prospects of a near-permanent Democratic majority.

Chimes: Now in the minority in both the senate and the house, how do Republicans balance sticking to their ideological guns with the need to compromise? Is the call for unity real/practical?

Watson: Republicans should work across the aisle where they can, and fight the good (political) fight when they can’t. Some areas have some bipartisan potential, like criminal justice reform and foreign policy. In other areas compromise doesn’t make much sense for either party, and that’s okay. It’s just politics. If we characterized a Democratic policy position as wanting to go to Massachusetts, and the Republican view on the same policy is akin to going to California, it doesn’t make sense for either party to suggest Missouri as a compromise.

Calvin Republicans: The need for unity in this country is greater than ever. However, unity does not mean always agreeing. Unity means being open to compromise and respectful negotiation.

Robinson: I personally believe that a commitment to values, principles, and truth is more important than compromise. We especially cannot compromise on truth.

When the left calls for unity, it is a call for conformity. With significant ideological differences on almost every major issue (ex. abortion, immigration/borders, free speech), unity between the parties does not seem realistic.

Chimes: There’s been a lot of media attention surrounding young Christian voters becoming less conservative. Do you think that is accurate?

Robinson: From my perspective, young evangelicals and Catholics becoming more progressive is the result of a diversion away from Biblical Truth. It is also the result of false teachings in the church by “woke” pastors and the result of conforming to the world.