“Malcolm & Marie” smothers itself in pretension 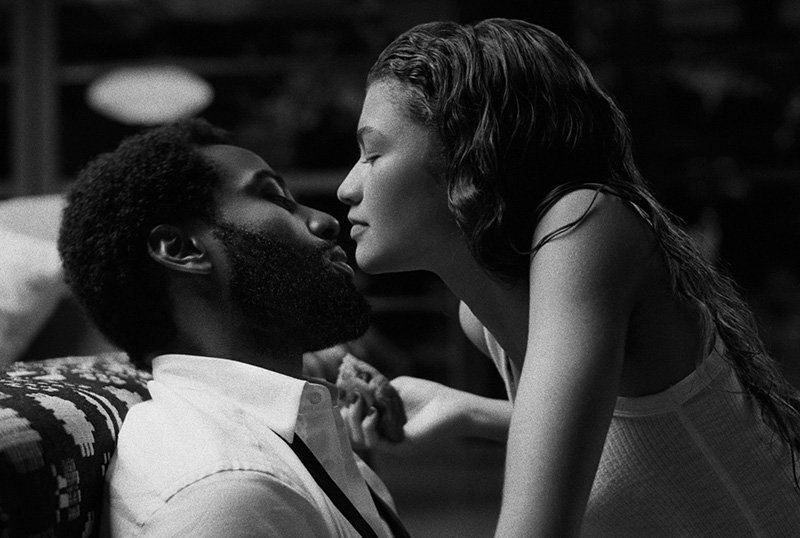 A review of Netflix’s “Malcolm & Marie which was released last Friday.

Netflix’s “Malcolm & Marie,” filmed last June and July, is an emotional rollercoaster that at times feels like an insane mixture of Platonic dialogues, silent movies and indie music videos. It’s momentarily poignant but generally fails to be anything more than tedious, pretentious and unenjoyable.

The movie was filmed in just two weeks with a $2.5 million budget, partially backed by the stars of the film, Zendaya and John David Washington, and writer/director Sam Levinson.

The film focuses on relationship problems between arrogant screenwriter and director Malcom and his girlfriend Marie, who inspired his most recent work. Lingering over a night of cyclical fights and make-ups and ending at dawn, the timeline narrows the viewer’s insight into Malcom and Marie’s world almost into realtime. This choice successfully limits the scope of the film in an interesting way, but the real-time feel is at times prolix.

Filling almost two hours of screentime with such a skeleton cast seems to have driven Levinson, who’s best known for creating the HBO hit teen drama “Euphoria”, to burden both stars with long-winded expository monologues and often impossibly articulate responses to conflict. They seem to have prepared and memorized biting, almost Shakespearean lists of insult and injury that are equal parts expletives and SAT vocabulary. These conflicts make it difficult to emotionally invest in the characters.

The dialogue is impressive in its grit and intimation, if at times almost unbearably pretentious. Given that much of the blocking and shots were apparently largely improvised on the day of shooting, character work by the two leads is likewise impressive.

Filmed with as few crewmembers as possible due to COVID restrictions, “Malcolm & Marie” is a mixed bag visually. Many of the visuals are at once clever and beautiful. All the shots through the bedroom windows, for instance, are a relief from the character close-ups and heighten the viewer’s sense that they are peering into someone else’s world. The mirror door that separates the leads in one scene is Escher-esque. But other visual decisions are simply confusing. Perhaps most pressingly is the question of why it is entirely black and white. There are many metaphors to be drawn between the film’s themes—relationship conflict, inspiration and originality, and film criticism—and the idea of seeing things in black and white, but they all feel a bit on-the-nose. Maybe intentionally, watching Zendaya make Kraft Mac and Cheese in a scene filmed on black-and-white 35mm film was disorienting.

Throughout the film, the audio experience is too close for comfort. Listening to John David Washington eat mac-and-cheese from across the room would be one thing—listening to it from inside his mouth is quite another. In some scenes the dialogue seems to work more as a soundtrack, intentionally unlinked from the scene, or delayed from another moment. This is an interesting choice once the viewer finally realizes it’s not just WiFi lag.

The amount of time the script spends tearing into film reviews makes it a difficult film to review, but the ethical nuances also make it one you’ll be reviewing in your head for days after watching. I wouldn’t necessarily recommend spending this Friday night on “Malcom & Marie,” but if you’re bored in quarantine, it’s available to stream now on Netflix.