Period dramas in a pandemic, and a few of the many problems with “Bridgerton” 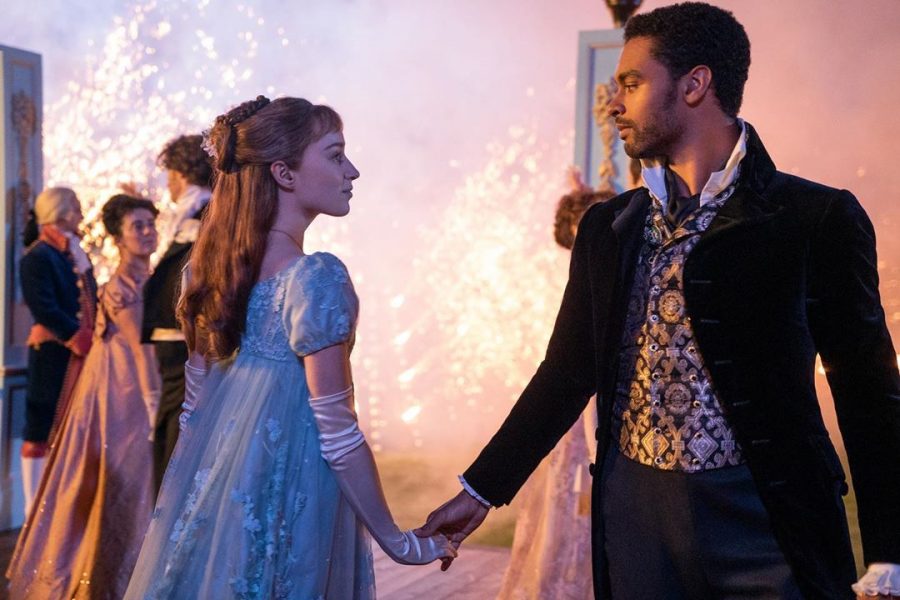 The Netflix original show “Bridgerton,” inspired by the Julia Quinn novels of the same name, has been watched by more than 82 million people since its release on Christmas Day.

Streaming platforms–and their binge-watching audiences–seem to have developed an inexplicable bond with period dramas, which are consistently as gorgeous as they are problematic. Cult followings have sprung up around shows like “Reign,” “The Crown,” and “Outlander,” and period-inspired fashion has even made several influencers semi-famous in a niche corner of TikTok.

Psychology Today consultant Joshua Wilder suggested last March that “many would benefit from replacing some cable news and social media with a little healthy escapism.” “Bridgerton”’s lavish sets and costumes, convenient alternate version of history, and intensely predictable plot ought to combine to form some of the most purely escapist viewing currently available. Colorism, ersatz feminism, and issues of consent disrupt that vision.

While patting itself on the back for creating an imaginarily equitable Regency society, “Bridgerton” manages to waffle between hinting at the society’s racist past (which is never acknowledged by a white character) and ignoring race entirely (the “Cinderella,” 1997 technique), to turn stuttering into a passing plot device, and to ignore actual beauty standards of the period in favor of reflecting more modern fatphobia.

How seriously we are meant to take characters seems to largely correspond to the extent to which their appearance falls in line with modern Western standards of attractiveness. Daphne, the female protagonist, is petite, blonde, and fair-skinned. Simon, the male protagonist, is tall, has an above average muscle tone, and his relatively light skin has sparked critiques of colorism.

Casting decisions aside, the main issue with “Bridgerton” is how it handles the theme of female agency. By using Bridgerton sisters Eloise and Daphne as escalating foils for each other, the show creates a false dichotomy of femininity in which one must either be all the way an Eloise (interested in reading, education, and self-sufficiency, uninterested in marriage and dresses) or wholly Daphne (dedicated to societal perfection and the pursuit of a husband and children).

Though some see the strong women of the ensemble and the show’s frequent emphasis on female pleasure as a win for feminism, the series of events that seem to be intended to empower Daphne fall flat; punching a suitor in response to his unwanted advances is a great moment–but it’s only a moment–and the Duke swoops in within seconds to finish off the rescue. It is the two mens’ mutual concern for Daphne’s safety, not her own persuasiveness, that stops the duel.

The most abysmal of these failures is the sexual assault. The scene in the book has faced more than a decade of criticism, and although the show altered it slightly, many fans have pointed out that the power dynamics remain problematic, especially in a series that otherwise seems to be interested in a nuanced conversation about consent. The way the show frames the perpetrator as justified means it fails to acknowledge that what has occurred was non-consensual and disturbing. If the gender roles of the two characters involved were reversed, it would surely have drawn even more criticism, which is problematic in itself.