Meet the Dutch House: the Christian fraternity at the University of Michigan started by Calvin alum 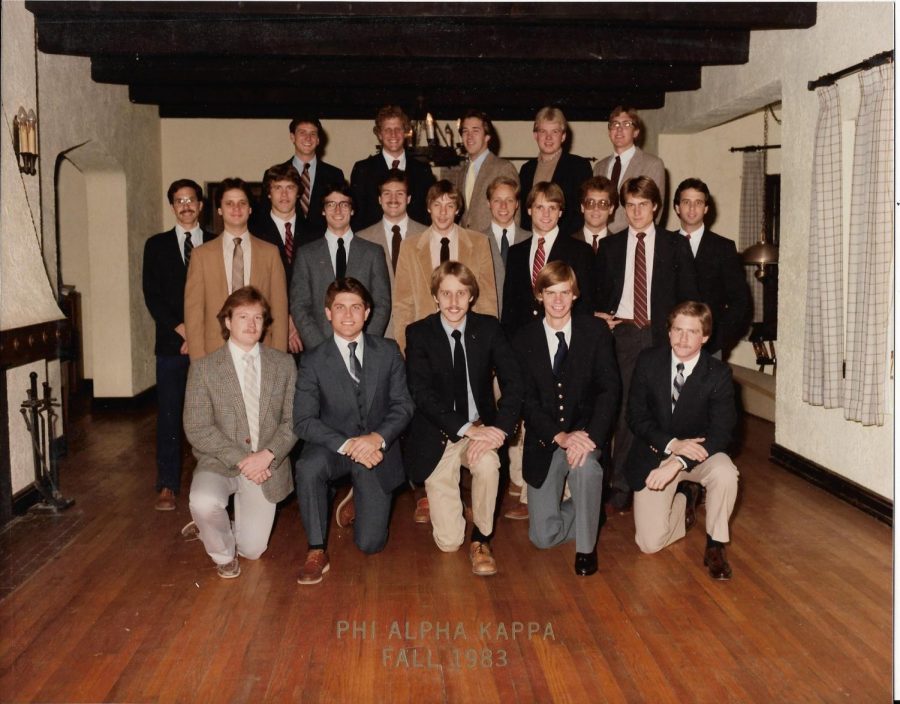 “I cannot understand why anyone would not want to live there,” said Slopsema, an alumnus of the Dutch House.

David Slopsema, an alumnus of the house, spoke to Chimes about the history of the house. According to him, by the 1920s the Calvin graduate population at University of Michigan had increased significantly. They often held informal parties to renew old friendships. In the winter of 1929, a group of men came together to discuss the idea of creating a “Calvin House” on campus. Formalized as a fraternity in Sept. 1935, this “Calvin House” became known as Phi Alpha Kappa or the Dutch House and was moved to its present location in 1944. In the 1980s, the Calvin three-year pre-engineering program was replaced by a four year accredited engineering program. This significantly reduced the number of Calvin students transferring to University of Michigan to finish their engineering degrees. As a result, membership in the Phi Alpha Kappa fraternity dropped sharply. In the 1990s, Phi Alpha Kappa underwent a cultural shift as more and more members felt that the distinctive Christian character of the house should be re-emphasized. This identity resonated with a new generation of students, largely undergraduates, who have filled out the house once more. The house is usually full and is always improving. Phi Alpha Kappa also provides housing for various Christian retreats during the summer.

For present and former residents Christian Rodenhouse, Davin Slopsema and Matthew Anderson, living at the Dutch House has been an overwhelmingly positive experience.

According to Slopsema, an alumnus of the Dutch House, the goal of Phi Alpha Kappa is to provide a Christian experience for men at the University of Michigan. It was a great opportunity to be with people with similar values and backgrounds who support each other. Although he started out believing the Dutch House to be merely a place to live, he soon discovered a family and home away from home.

Rodenhouse, a current resident of the Dutch House majoring in nursing, shared a similar experience. For him, living at Dutch House has helped him develop leadership skills and provided opportunities to meet new people and form community. Although it takes effort to form relationships, he has been able to mature and create an awesome experience for himself.

Anderson, a recent resident of the Dutch House, describes the house as a place of fun. Although he did not know any other members before joining the house, he found its members to be very friendly. He had some initial reservations about joining a fraternity, but he found that Phi Alpha Kappa, as a Christian fraternity, subverted most stereotypes about fraternities.

Although the Calvin graduate population at the Dutch House has decreased in recent years, the Calvin influence in the house has remained fairly strong over the years.

Advantages to Living in the Dutch House

As with most living situations, there are both advantages and disadvantages to living in the Dutch House, although residents say the advantages greatly outweigh any disadvantages.

According to Anderson, some advantages of living in the Dutch House include the convenience of location, the home cooking and the friendly atmosphere. Rodenson also shared similar advantages. According to him, the house boasts a close-knit community of good guys and opportunities to further grow one’s faith. In his opinion, Dutch House successfully goes further in depth with faith compared to other Christian organizations on the University of Michigan campus like Crew. Lastly, Slopsema listed the main advantages to the Dutch House, in his opinion, as academic, emotional and Christian support.

“I cannot understand why anyone would not want to live there,” said Slopsema.

While Slopsema and Anderson could not name any disadvantages, for Rodenhouse, one disadvantage was the missed opportunity to learn from different people with different experiences. To him, although the Dutch House’s congregation of like-minded people creates a home away from home, it also limits the diversity of opinions one can experience.

Why one would recommend Phi Alpha Kappa

Overall, the experiences at the Dutch House have been overwhelmingly positive and each present and former resident who spoke to Chimes would absolutely to recommend the Dutch House for both undergraduates and graduates attending University of Michigan.

“I just don’t know why anyone would come from Calvin, go to U of M and not live at the Dutch house,” said Slopsema.