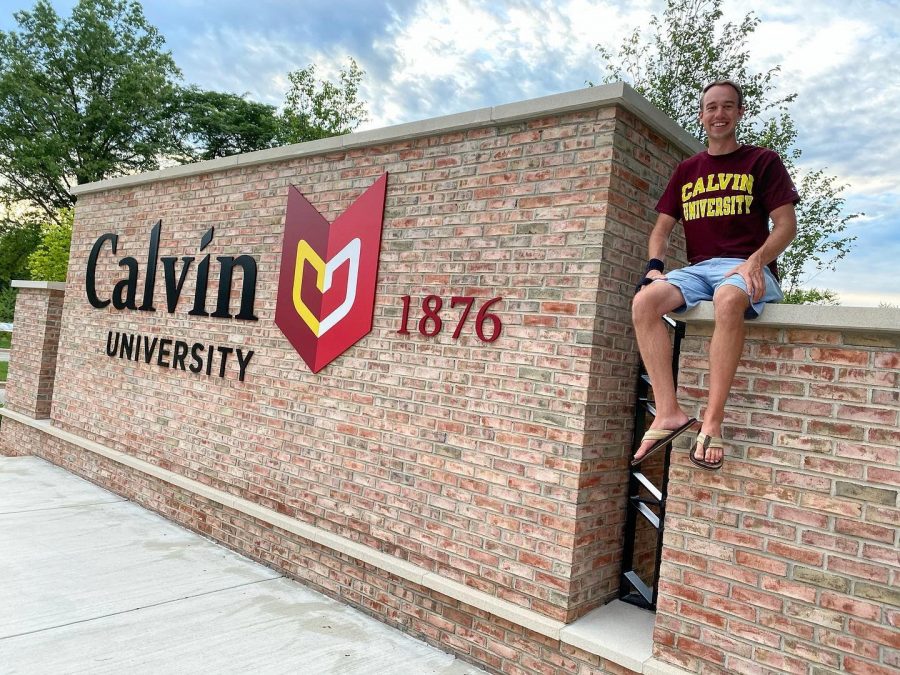 During his time as a student at Calvin, Struyk participated in the 2014 Washington D.C. semester where he interned at ABC News

Calvin graduate and CNN reporter Ryan Struyk will join Calvin’s faculty to teach journalism online from his Washington D.C. apartment in the spring.

Although being a professor has not been on his radar, Struyk entered Calvin with the goal of becoming a high school math teacher. “I’ve always loved teaching,” Struyk said. “In a lot of ways, I view journalism as a teaching vocation. Stories provide us with a lens with which we can learn about what’s going on in the world.”

Struyk is a producer for interviews on the show, “State of the Union with Jake Tapper,” which airs on Sunday mornings on CNN. During the 2014 Washington D.C. semester led by Professor Doug Koopman, Struyk interned at ABC News where he both worked as a reporter and developed a strategy that more than tripled the rate of likes on the ABC Politics Facebook page.

Upon graduating, he worked as a polling research associate at Langer Research Associates, then went on to work as a legislative reporter at the Associated Press and a political reporter-researcher at ABC News before his current role at CNN. During his career, he’s worked on everything from breaking news, polling and surveys, the past two presidential elections and COVID-19. The State of the Union team has received two Emmy nominations for their reporting on the Stoneman Douglas High School shooting.

“The core of my job is writing interview questions,” Struyk said, “So whatever helps me do that the best I can is how I’m going to spend my week. A lot that is keeping up on a news cycle that is changing by the hour.” Twitter helps him keep up with the news, as well as track quotes from politicians or figures about COVID-19.

“It’s like a notepad, I tweet things that I may need to look at later,” Struyk said.

Despite his Twitter following of over 100,000, Struyk says he doesn’t think about what his audience wants from him, focusing instead on what pieces of information will help him do his job as a journalist. However, he hopes that his regular updates with COVID-19 data bear witness to the real human toll that the pandemic has on America.

A member of the LGBTQ community, Struyk wants queer students to know that they are loved by God and valued at Calvin University. “I am not the first LGBTQ person to teach at Calvin,” Struyk said, “and I certainly will not be the last.”

As a student, Struyk didn’t know many Calvin graduates in journalism, a deficit which he said continues today. He hopes to be a role model and resource for students interested in reporting.