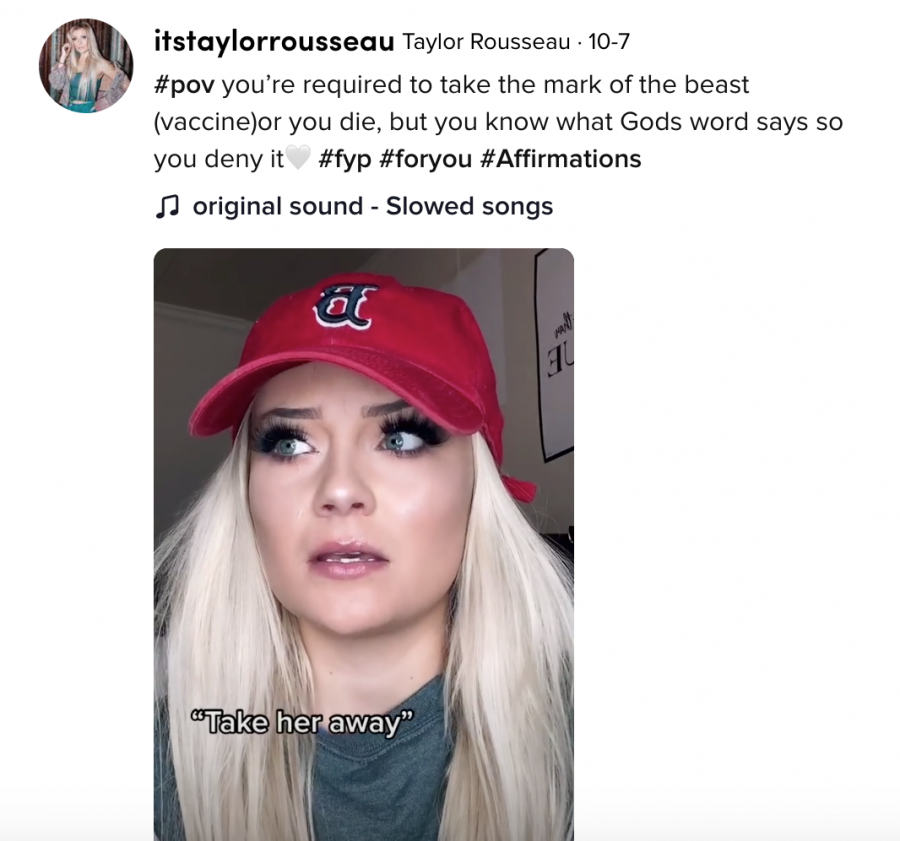 Several TikTok users are concerned the COVID-19 vaccine will include a microchip.

Recent COVID-19 vaccine developments have evoked joy, relief and for some, including one popular TikTok user, apocalyptic fear. In October, Taylor Rousseau posted a video depicting a near future where she refuses the vaccine, even under the threat of the death penalty, and is beaten till she suddenly appears pasted over a background of heavenly clouds and light with text depicting God’s affirmation of her actions.

Rousseau believes the vaccine will include a microchip, though she doesn’t specify what the microchip is for or who exactly it comes from. The video’s caption associates this imagined scenario with the Biblical end times and the warning of the mark of the beast in Revelation 13.

This is a fringe perspective that’s not seriously shared by any mainstream Christian denominations or media outlets. It is, however, one of many COVID-related conspiracy theories being exposed to hundreds of thousands of people on TikTok. Rousseau’s video was shared with nearly 590,000 people and has been liked 42.5 thousand times as of December 1st. Similarly, in April, another TikTok user warned his over 100,000 followers that the vaccine could be the mark of the beast.

When asked about this fear, Calvin religion professor Daniel Harlow noted how people have tried to identify the mark of the beast with emblems throughout history, including the Stamp Act in colonial America, the Nazi swastika, microchips and even former Soviet leader Mikhael Gorbachev’s birth mark.

“All of these identifications are pure fancy,” Harlow said. “Any interpretation of a biblical text that would not have made any sense to the author of the text and to his original, intended audience should be roundly rejected,” he stated.

According to Harlow, the mark of the beast is a symbol of the Roman empire’s oppressive political, social and religious system. The book of Revelation was written to encourage Christians in Asia Minor to resist that system. Instead of predicting a literal, physical mark that would be forced on people, Harlow said Revelation asks its audience, “To whom or to what do you give your ultimate allegiance? To the nonviolent way of Christ, the self-sacrificing Lamb that was slain for the sins of the world? Or to Rome and its emperors?”

In contrast to fear promoted online about the COVID vaccine, Harlow responded to Revelation’s apocalyptic message by reflecting on what allegiance to Christ means today. “Christ came into the world in suffering solidarity with the weak, the marginal, and the oppressed,” he said. “Faith in Christ means devotion to Christ and to the causes that he championed,” including caring for the poor, prisoners, and immigrants.