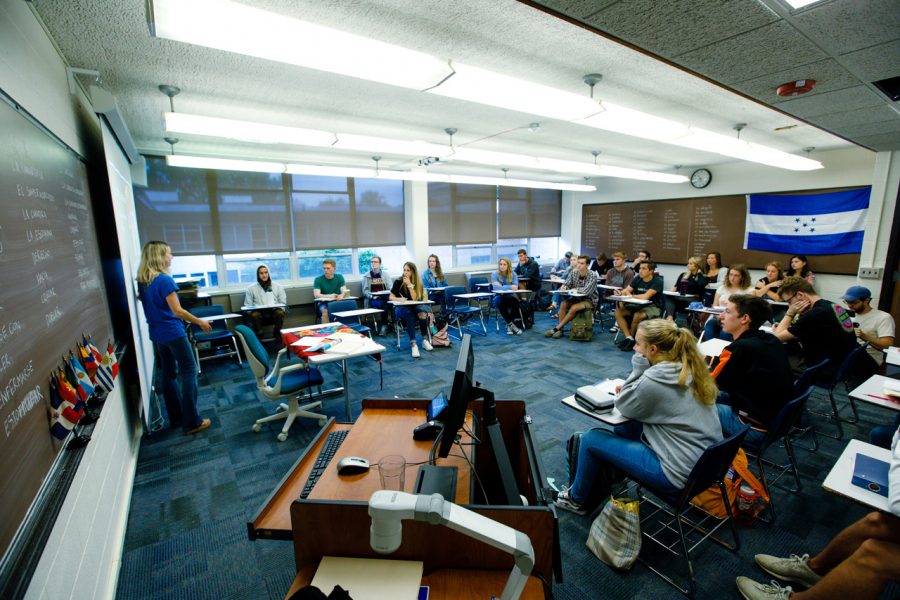 The proposed core has been reduced to 30-40%. of the total credits needed to graduate.

Faculty assembly will vote on the proposed core on Dec. 9. Should they vote not to approve, the Envisioner/Resolver Task Force will change  the proposal and give the final decision, if necessary. Should faculty assembly approve the new core, it will go into effect in fall 2021.

The University Core Task Force was tasked with designing a university-wide core curriculum that was smaller, more coherent and flexible to many program needs.

The proposal would shrink core from the current 75-91 credits required for graduation to a more modest 40-50 credits, roughly 30-40% of the total credits needed to graduate. Divided into four sections: foundations, competencies and skills, knowledge and understanding, and cross-disciplinary integration, all students will be required to follow the same core guidelines, with flexibility as to how they do so.

Under the current core, students in professional programs like engineering and nursing are granted reduced requirements.

The UCTF also recommended that Calvin create a liberal arts major and minor and form a Core Program Governance Committee to assess whether or not the new core is working as intended. Although the UCTF has stated that the core size will allow for all students to complete their degrees in four years, they also recommended that students in professional programs be allowed a no-cost overload semester and that all students be allowed a no-cost May interim course. These recommendations were not part of the faculty senate vote.

UCTF chair and political science professor Joel Westra told Chimes that this is a compromise document that tried to avoid picking departmental winners and losers. “We are confident that the distributional consequences will not be borne narrowly by a few departments or programs,” said Westra.

Prior to the vote, Westra was impressed with faculty participation in the core revision process and found it to be less contentious than expected.

In finalizing the proposal, the UCTF had to choose between three different models for rhetoric requirements and foreign language exemptions. Rather than requiring one course of either oral or written rhetoric, the task force decided to require five credits of rhetoric, with courses needing to be taken in different disciplines. Students who take three years of high school foreign language and earn a B or higher can be exempted from the World Languages I requirement. World Languages II is a requirement of the knowledge and skills category, which entails at least one 201 level course or taking two courses in a third language.

A petition started by an alumnus on change.org was concerned about the reduced provisions for foreign language in the new core. “We wish to express our firm conviction that foreign language acquisition has a central role in higher education—and particularly in a Christian Reformed tradition that seeks to meaningfully engage the world,” the open letter read.

Westra told Chimes that he was unsurprised by the petition but that he had heard complaints from professors in other programs that foreign language was too privileged in the new core.